Katie and I have a tendency to proclaim to Adam and Doug that we'll surely be home from our date nights by 9:30 or 10pm, a claim which they have both learned to dismiss and plan on a closer-to-midnight arrival time. Last night's Dishcrawl's date for the Nob Hill crawl was no exception.

We were excited for our food adventure in NW, but drinks aren't included in the Dishcrawl ticket so we decided to make a couple pre-event stops on our way. We began at Casa del Matador where we quickly learned we should not have seated ourselves outside without checking inside first. We were blatantly ignored for 10 minutes and then waited another 10 minutes for our Cadillac Margarita ($8). 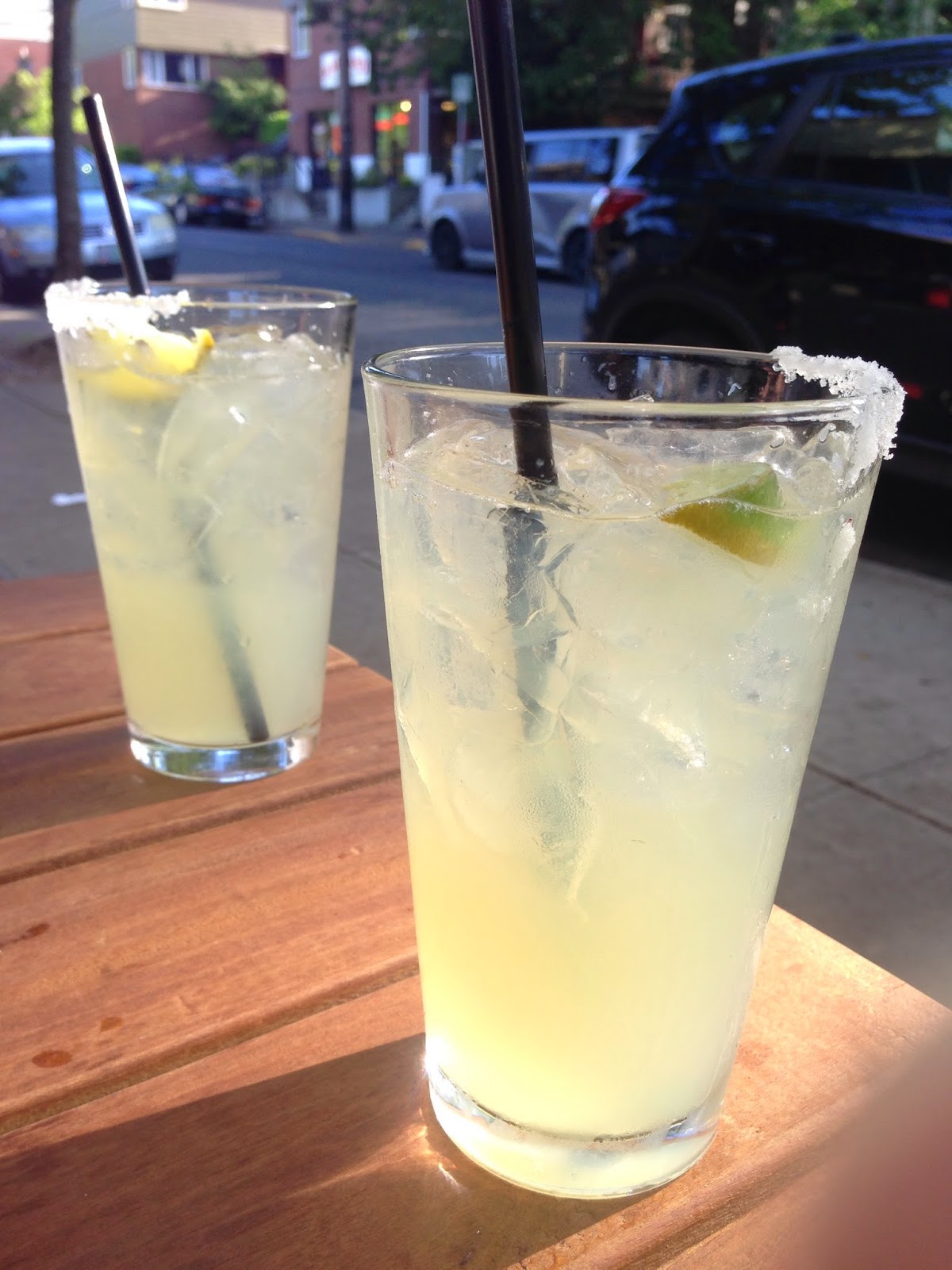 With half an hour left before the start, we skipped down the road to St Jack for a delicious drink and hopefully better service. After hearing about our prior experience, their bartender made us his take on an El Diablo with tequila, creme de cassis, lime and ginger syrup. Perfect. 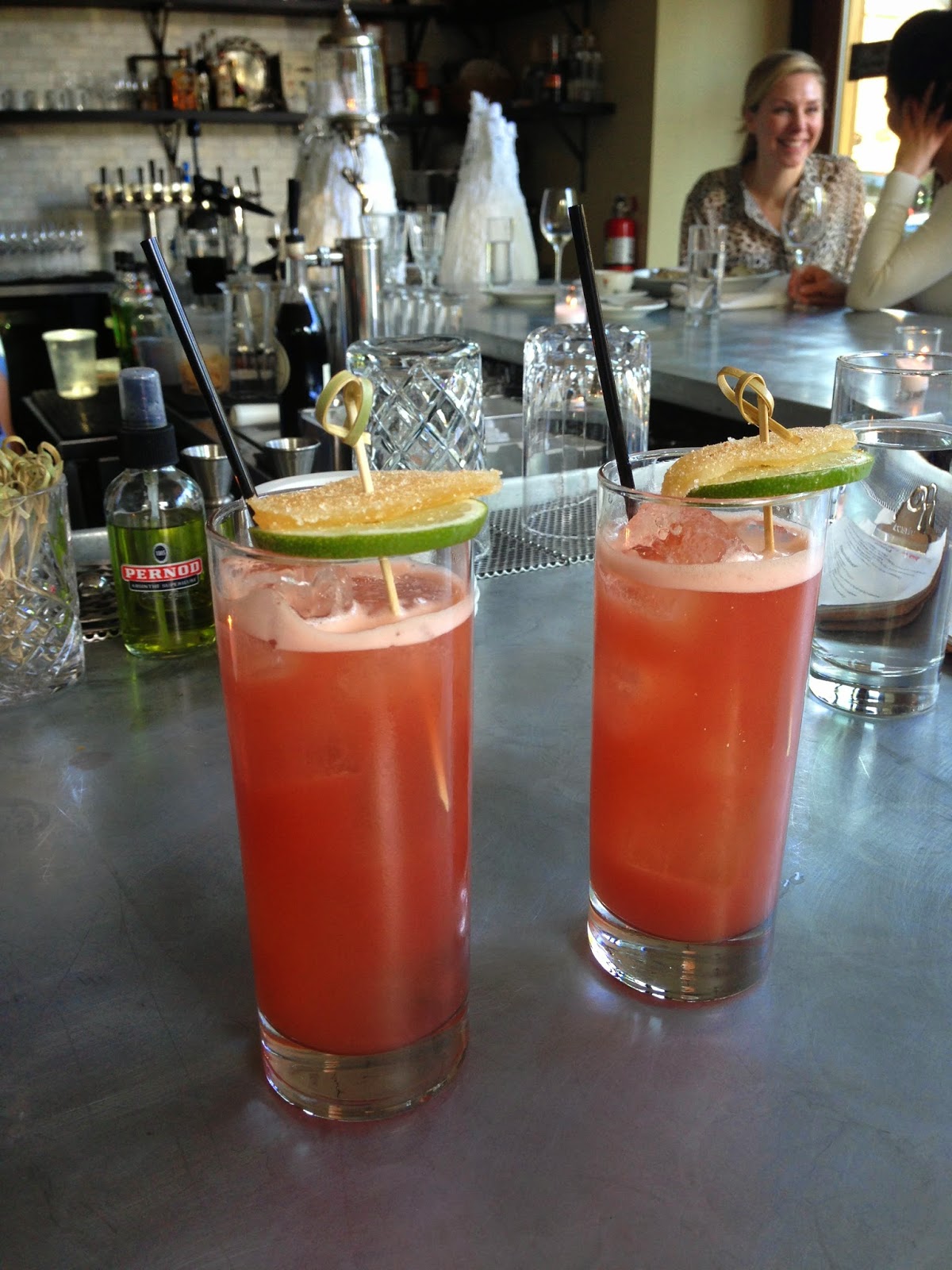 New to Northwest, Pacific Pie Co. offers up Aussie-style meat pies, sausage rolls, pasties, soups, salads, sandwiches, and more. Owner Sarah, was onsite providing incredible service and tasty samples. We tried a mini Chicken Pot Pie, a mini Meat Roll, and a mini Spinach and Feta Pastie. All were great, but I think Katie's and my favorite was the pot pie.

Sarah and her team went above and beyond and decided to offer a cocktail taster. Though it wasn't our favorite drink, it was a great thought and differentiated Pacific Pie Co. from the other Dishcrawl stops.

We also tried the Aussie 75 ($8) with gin, lemon eucalyptus syrup and sparkling wine.

Happy hour is Monday through Friday 3 to 6pm with $5 mini pasties, meat rolls, and Aviation gin and tonics. Definitely worth returning for!

After a 11-block walk (or in our case run because we were slow to settle up our bill and had to make a quick pit stop along the way) we enjoyed some samples at 23Hoyt. The board featured Curried Mussel Soup, a Shrimp Corndog, Tempura Fried Clams, and Chickpea Fries. Most of these items aren't featured on their regular menu, but it gave an idea of their New American style. 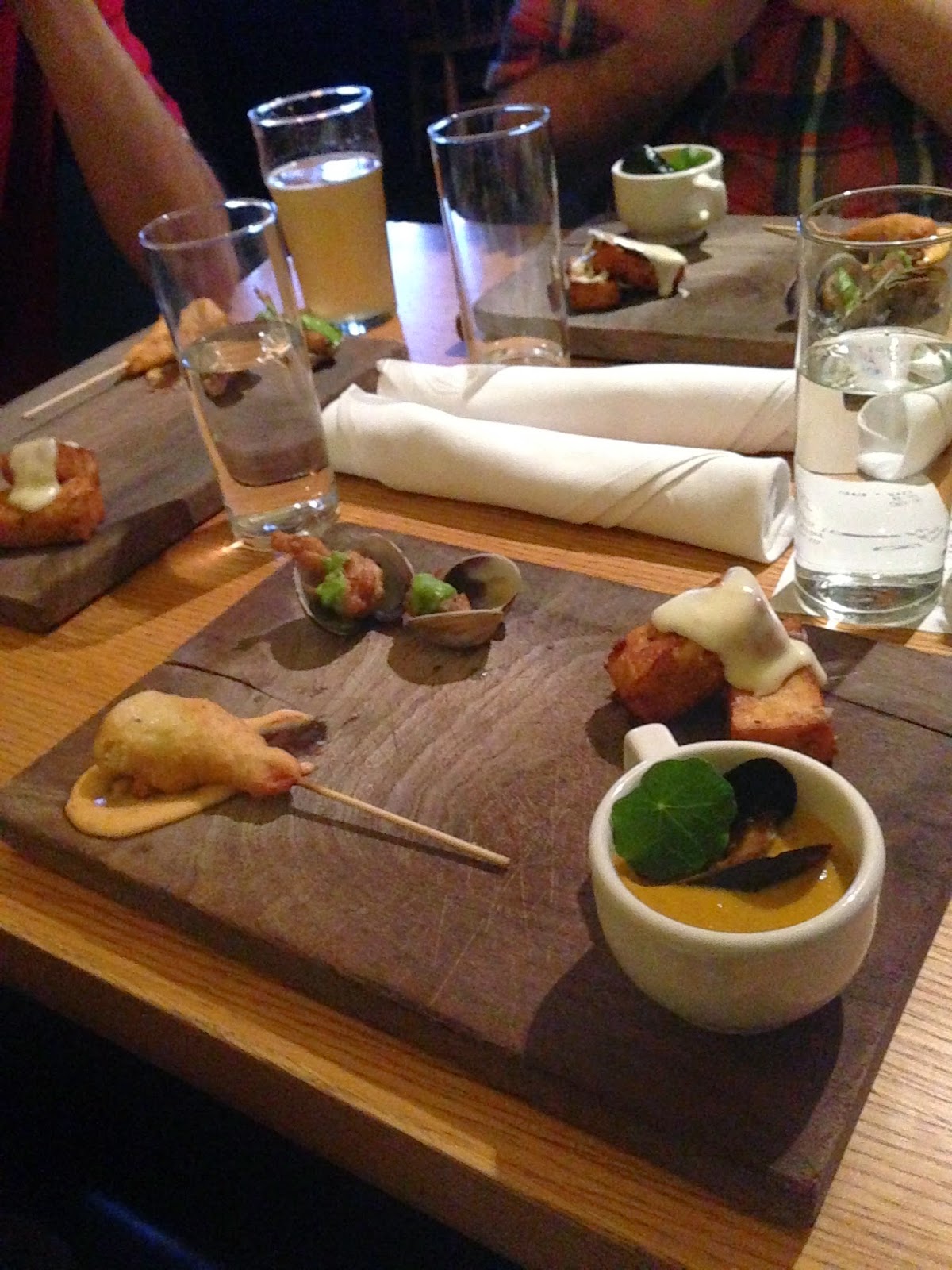 The flavor of the soup was really excellent, but a little cold. I wasn't completely sure if it was meant to be served that way or not, but it tasted good.

Katie and I also ordered the drink special made with gin, cynar, grapefruit, and sparkling wine. Yum! 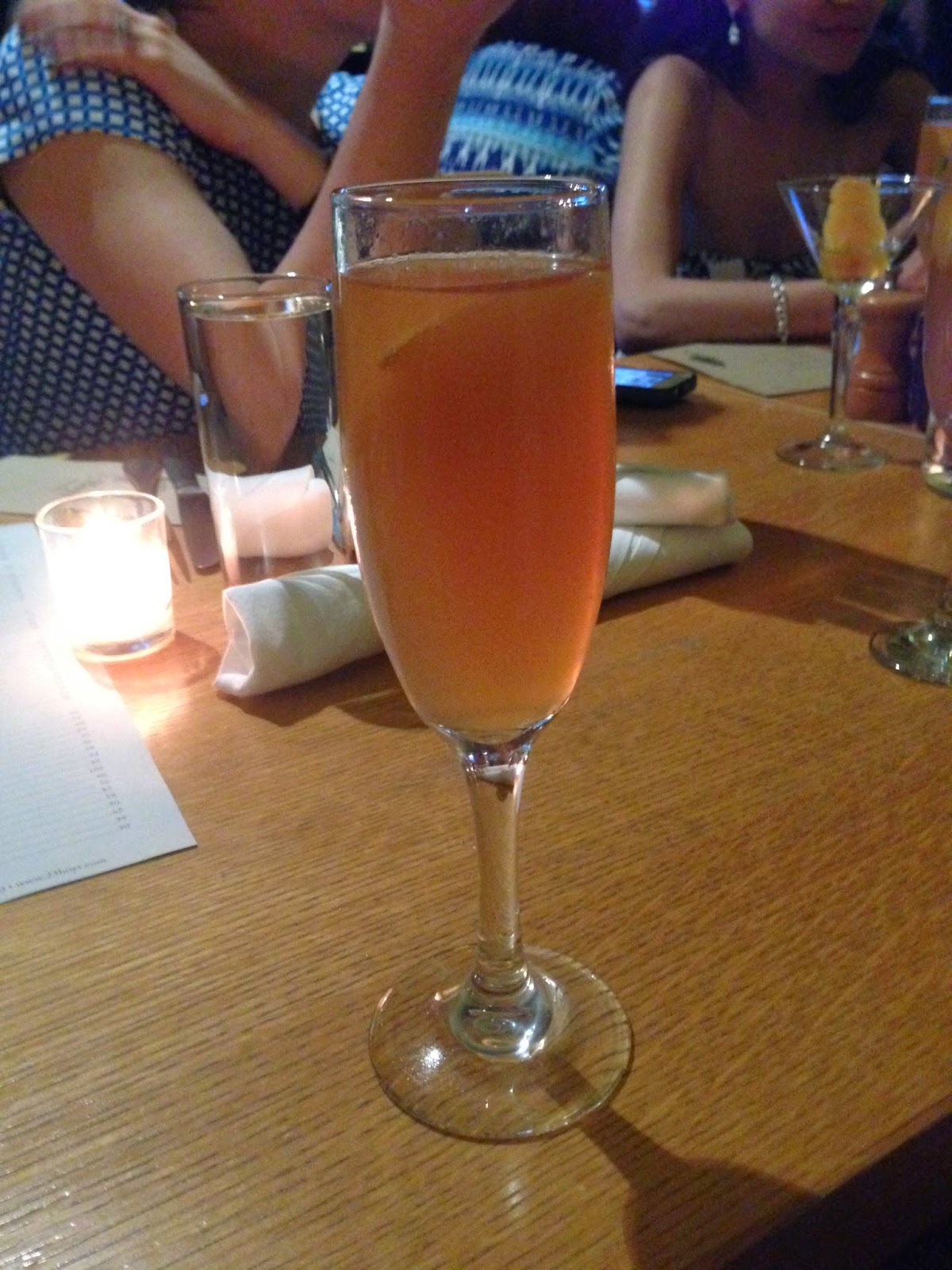 The final stop was Dick's Kitchen on 21st. Dick's goal is to reinvent the traditional diner by offering delicious burgers and sides, but with a healthy spin. Owner Dick's personal health has required that he follow a specific diet, similar to a paleo diet, and the mission of the restaurant is to give people with dietary restrictions an dining out option that is just as delicious. 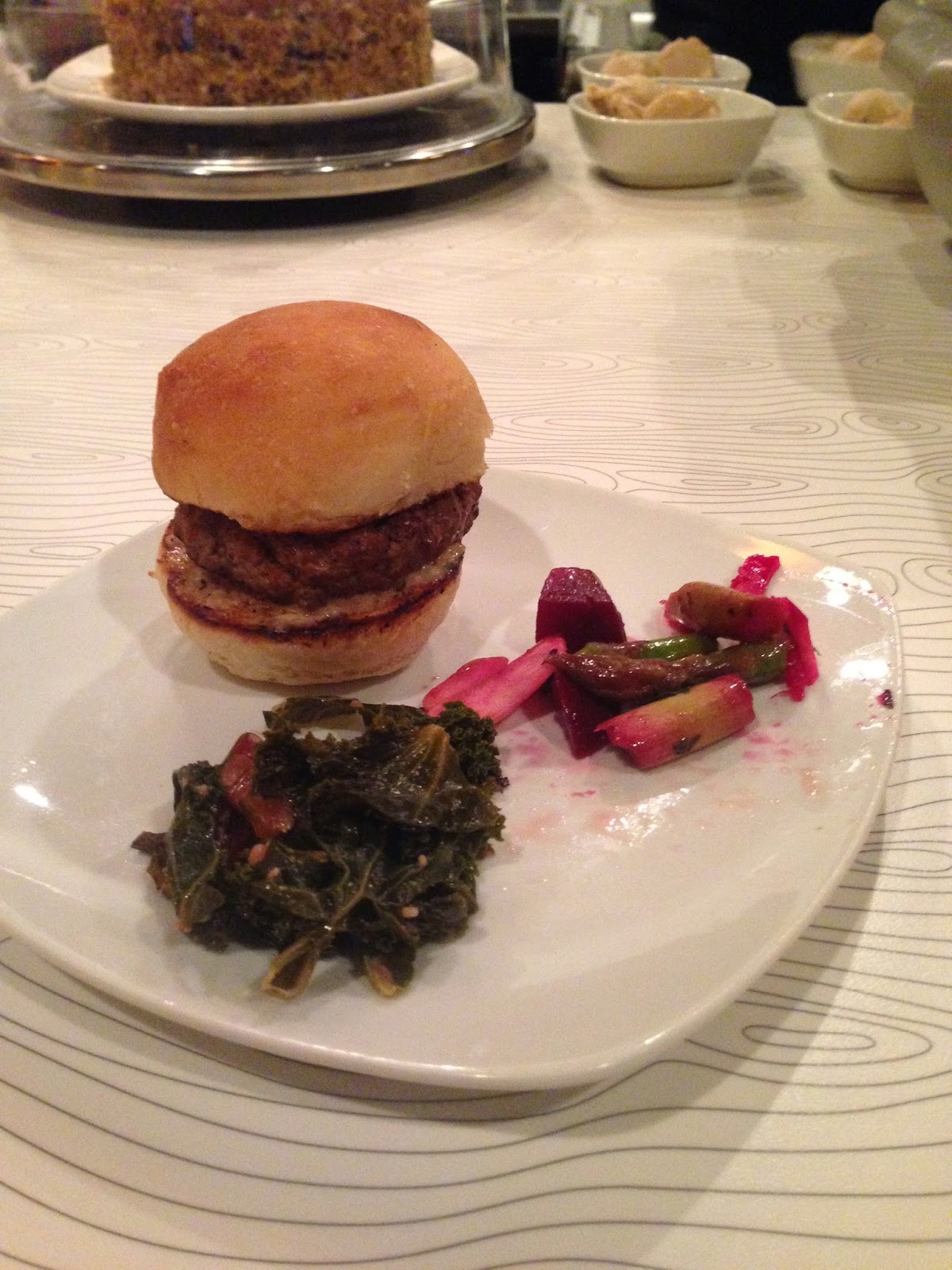 All the beef used at Dick's is 100% grass fed from Carman Farms and sides include a ton of healthy veggie options. We tried a beef slider, asparagus and beet salad, and braised collards. The beef was definitely great quality and the braised collards were a great side. 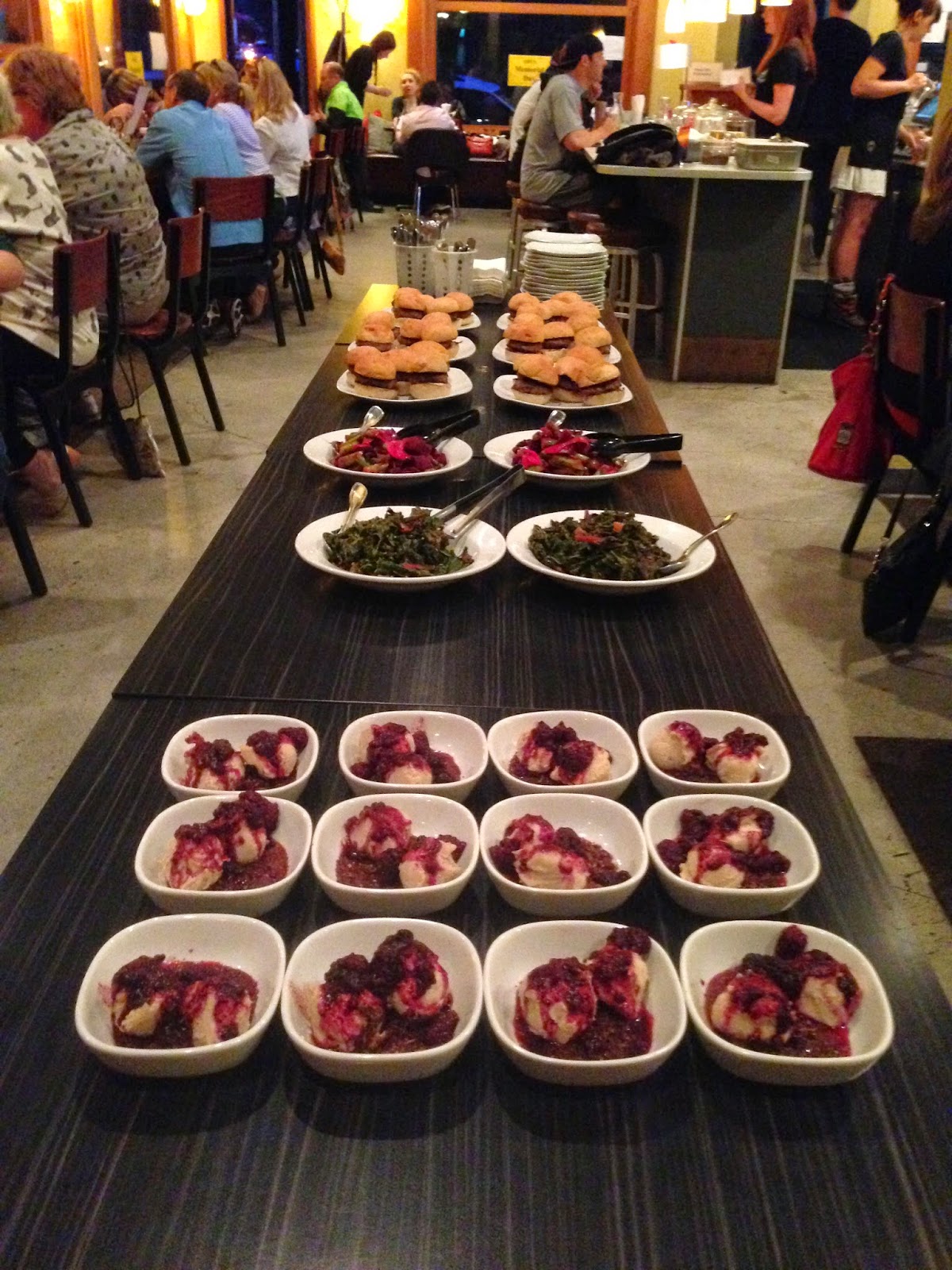 We spent some time at the end of the night chatting with Dick about the importance of being really conscious of what we put in our bodies and learned that his hope is that by supporting companies with sustainable and healthy practices, like those at Carman Farms,someday there will be a more mainstream push back to this way of farming, preparing, and eating food. 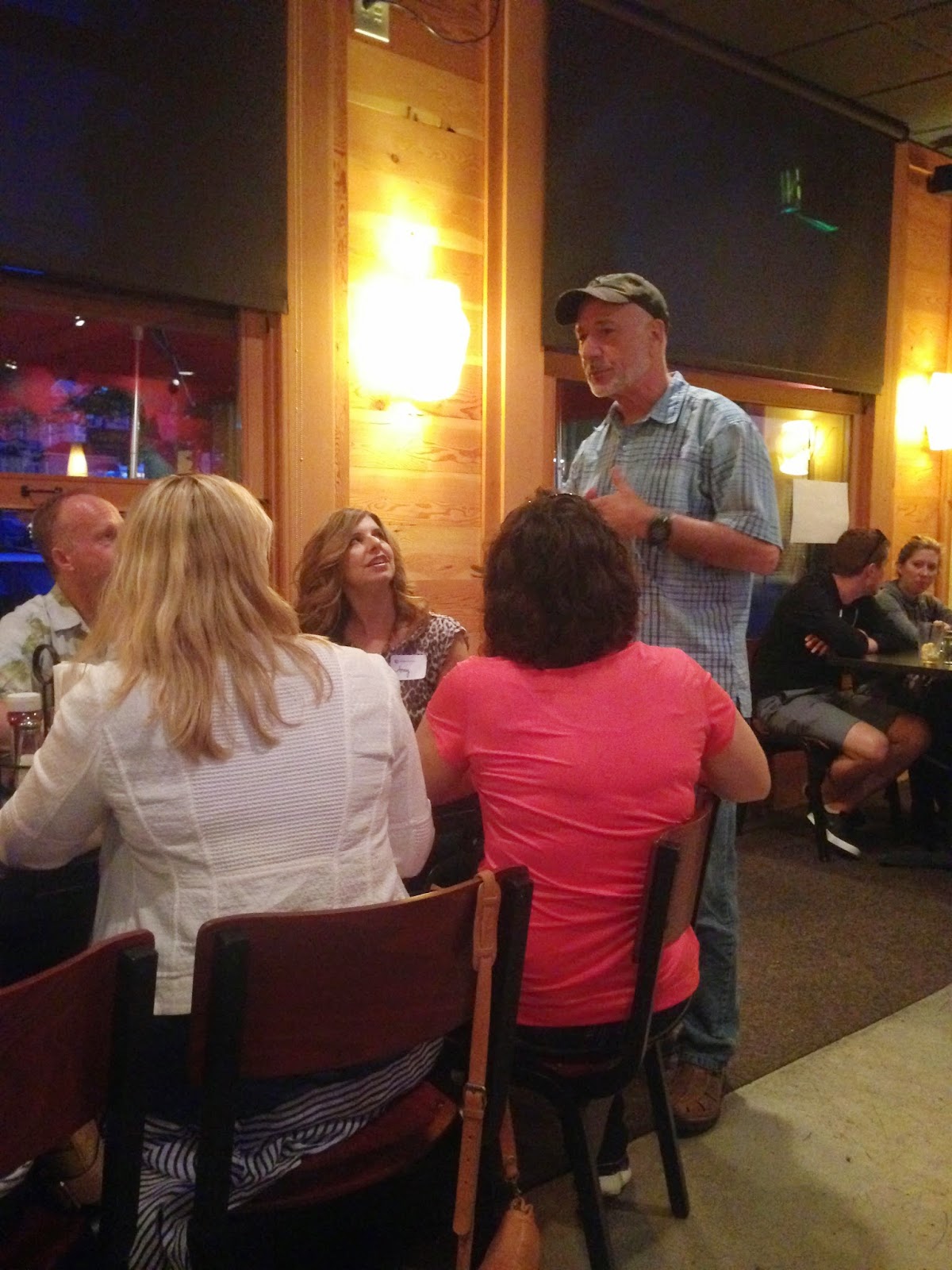 After Dick's Kitchen the official crawl was over, but we weren't quite ready to head home. We would have typically hopped over to Gypsy to sing karaoke and bug the KJ, but since its closure earlier this year we had to find another option: Voicebox. We were concerned it would be a little pricey and were prepared to negotiate, but $4 per person for an hour seemed like a deal. We ordered some sake and entered our room which included a ton of bench seating and a ledge for Katie's back up dancing. It could easily fit 10-15 people, but it was just us and we were pretty amazing. We sang and danced for an hour and a half and in true Kelly/Katie fashion walked home at midnight. Whoops. Definitely the most fun for $4 we've ever had!
Posted by Anonymous at 3:14 PM