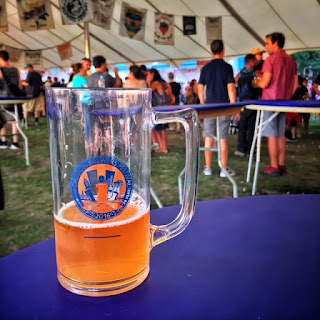 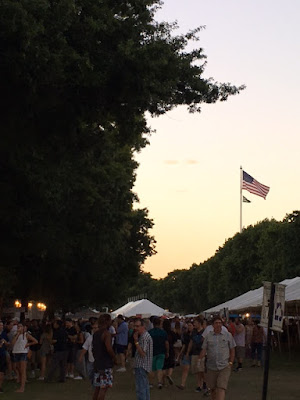 I've recently found that on weeks where we don't get Blue Apron delivered, we've lacked some cooking motivation. On such nights, I struggle between the financially responsible grocery store stop and the convenient Thai Peacock or Laughing Planet options. Tiring of our usual go-to's we decided to hit up CHKCHK, a new casual semi-fast food restaurant on NW 23rd.

The menu is small but affordable, and the food is made to order, but quick. I would say we had our dinner in about 10-12 minutes and with our two drinks, spent a grand total of about $32.

Our drinks were one of their four "Boozy Sodas". The Cactus Cooler ($7) is a bottled mix of green melon, tequila, and a little love. They weren't bad, but they were a little too sweet and a bit funky. I think I would try the CHKCHK Libre next time with rum, Blackstrap bitters, and cane soda.

For food, Adam opted for the Spicy ChkChk Sandwich ($7) while I went for the ChkChop Salad ($6) plus ChkChk Bites for an extra $1.

Not that we needed it, but we complemented our fried chicken dinners with the ChkChk Fries ($2) and an array of dipping sauces. I do love a waffle fry...

The drinks weren't my favorite, but otherwise I would say this is a good stop for a quick, cheap din. Maybe not if you're trying to be healthy though...