Even when I move out of the hood (I can't live with my cousin forever, I am a 30-year-old single lady, after all) OOB will bring me back. And probably I'll also swing by Chase's for some wine while I'm at it...
Posted by Anonymous at 1:39 PM

Portland Taprooms: Where to Drink with Your Dog Indoors

Portland is a paradise for beer-loving dog owners in the summer - but once winter sets in, it becomes a lot harder to find good spots to enjoy your pup and a pint at the same time. 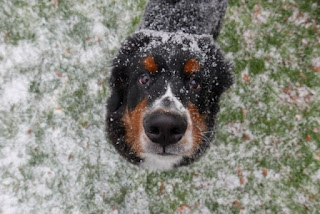 Doug and I are now into our second winter with our Bernese Mountain Dog Ziggy, and while we’ve been known to tough it out at Saraveza’s uncovered, outdoor tables when nothing but cheese curds will do, we’ve also discovered quite a few breweries and beer bars near us in North Portland that allow us to have a drink indoors with Zig in tow.

Chill n Fill  - 5215 N Lombard St
Last year, Chill n Fill become our dedicated Thursday night, post-basketball game hangout. Their recent reconfiguration of tables has made it a little more tricky to find a spot to sit where our 120-pound dog can lie down without being in the way, and Zig is still a little traumatized after an unfortunate incident at Chill n Fill in July involving local hooligans and fire crackers, but the beer selection is good, most other patrons seem cool with a giant Berner invading their space, and it is so cute to hear our favorite bartender yell “fluffyhead!” every time we walk in with Zig.

Hoplandia - 8600 N Ivanhoe St
Since it’s walkable from our house, Hoplandia was a godsend during last winter’s Snowpocalypse (so fun living in a neighborhood at the bottom of Portland’s "To Plow" list). Pizza Nostra is also right next door and there’s always lots of other dogs there for Zig to make friends with.

Tap Haus - 7636 N Lombard St.
Tap Haus bills itself as the smallest bar in Portland and believe me, you can’t get much smaller. There’s barely enough room for more than 6 people in this tiny beer cart, let alone our big boy Zig, but it’s always an adventure when we visit because the quarters are so close that you’re thrown into conversation with whoever else happens to be there that night. 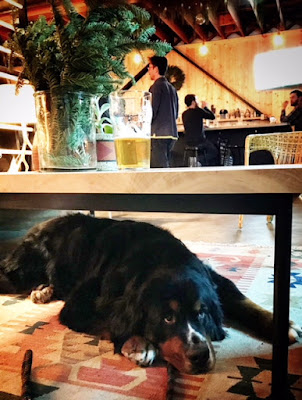 Up North Surf Club -1229 N Killingsworth St
Up North is part beer bar, part surf shop.Yes, it leans a little hipster, but it’s a great place to hang out with Zig when we’re looking to have a chill night. It also gets the most ambiance points of any spot on this list.

LABrewatory - 670 N Russell St
I’m not a huge fan of LABrewatory, but Doug is, so it’s making the list. LABrewatory specializes in inventive beers (think Squid Ink Gose), Tamale Boy is right next door, and with the exception of Up North, it’s got the most going on design-wise.

With the exception of Velo Cult Bicycle Shop, we have yet to discover any beer spots outside of North Portland that allow dogs inside. However, there are a few covered patios that we're willing to make the drive for: 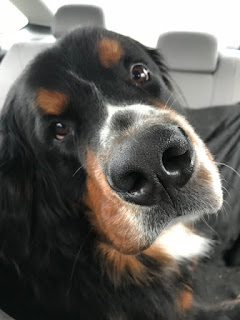 Base Camp Brewing - 930 SE Oak St
Base Camp encloses their patio every winter and I'm a sucker for their S'more Stout. The only downside is that the patio is covered in wood chips, so Zig is always a mess after we visit.

Lardo SE - 1212 SE Hawthorne Blvd
Doug will never not say yes to Lardo, and while they don’t have any heaters on their patio that I remember, at least it's enclosed!


Level Beer - 5211 NE 148th Ave
Level opened this summer and they have a huge tented and enclosed outdoor patio with heat lamps. It’s way out by the airport, so a bit of a drive for us, but the beer is good, they have a few sets of cornhole, and the food carts are decent. Plus, little dogs and dads love Level too! 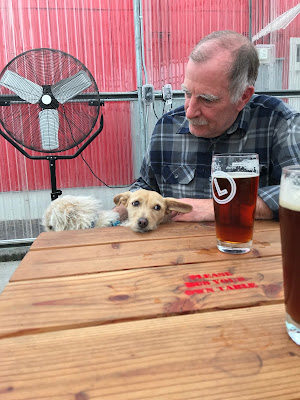 Gigantic Brewing Company - 5224 SE 26th Ave
Gigantic is also quite a drive for us and their patio is tented but not enclosed. That’s okay though, because they love dogs there and their hoppy beers are some of our favorite in the city.
Posted by Katie @ Happy Hour Honeys at 10:26 AM