Guys! Somehow Feast Portland (and my birthday and the Winterhawks' home opener) are less than a month away! How did that happen? Anyway... 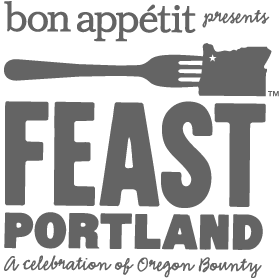 When: Sept 18-21
Where: All over Portland
What: Delicious food & drinks made by local and national chefs

Ok, so you already know from our posts last year (here and here) that Feast is the best ever. The not so best-ever part? The events are pretty pricey. In their defense, they are full of uber famous chefs and mixologists providing incredible culinary experiences, but we're talking $55-$200 per ticket and that pretty much reserves attendance to those not on a budget. So not us.

However, Kel and I are lucky in that we both get to go to the Sandwich Invitational this year because it's Doug's birthday present to me and Kelly gets to go with our one blogger pass. Wahoo!

We're working on a post for our fellow budget eaters about The Cheap Stuff during Feast weekend, but until then, here are the top 5 events we'd love to go to if we were rolling in a bit more dough: 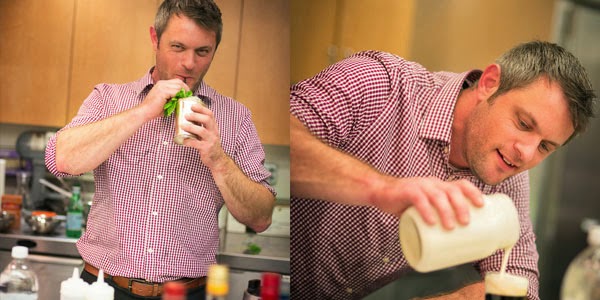 Who Spiked the Punch? Large Format Cocktails with Jeffery Morgenthaler
Cost: $65
What: "Portland’s Bartender-in-Chief Jeffrey Morgenthaler will show you how to scale up your favorite single-serving cocktail recipes to quench an army of friends and guests."
Honeys Heart: Obvs we love a well-made drink and while we might only have 2ish friends, they can drink an army's worth of cocktails! We need this class. (P.S. This class is already sold out. Sorry, if you were planning to spend your extra cash on this one.) 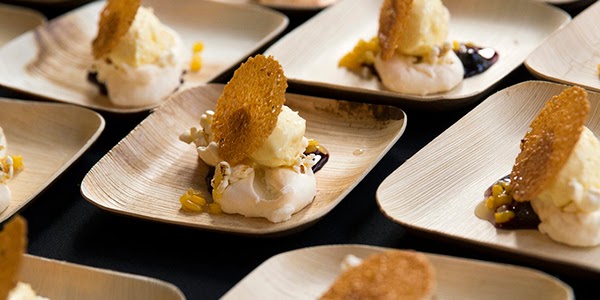 High Comfort at the Nines
Cost: $175
What: "More than 20 chefs push comfort food out of its comfort zone. Put on your cuff links and high heels ladies and gents, cuz we’re headed to The Nines Hotel for the most decadent culinary event around."
Honeys Heart: Jamie Bissonnette from Toro (aka my favorite Boston restaurant) is going to be there. And he's joined by big names like John Gorham, Naomi Pomeroy, Vitaly Paley, Kristen Murray, Gabriel Rucker, and Paul Qui. So fancy! 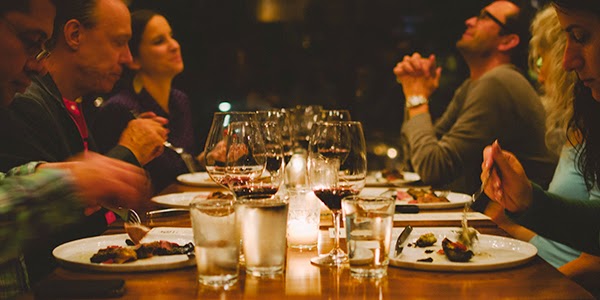 The Hot 10 Dinner: Celebrating Bon Appetit's Best New Restaurants in America
Cost: $200
What: "Feel the pulse of the country’s best restaurants at this multi-course dinner prepared by past and present recipients of the 'Hot 10,' Bon Appétit’s annual short list of the best new restaurants in America."
Honeys Heart: Wait, this is so fancy. And it's hosted by Bon Appétit Restaurant and Drinks editor Andrew Knowlton so that's pretty awesome too. (P.S. This is also sold out.) 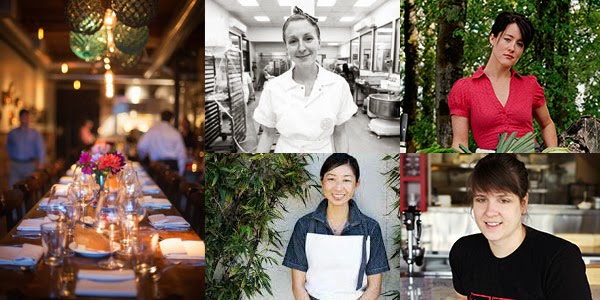 Girls! Girls! Girls! with Elizabeth Chambers Cellar and Domaine Serene
Cost: $175
What: "Be schooled by bad-ass lady chefs Kuniko Yagi, Christina Tosi , Naomi Pomeroy, Portland, and Johanna Ware as they ‘lean in’ and show you why women are leading the culinary conversation more than ever."
Honeys Heart: Feminism + delicious food = this. What's not to love? Also, I've been obsessed with Christina Tosi since I had her cake truffles at the Night Market last year and I'm scared I'll never eat anything made by her ever again. (P.S. Some lucky ducks bought all the tickets to this event too. Sorry.) 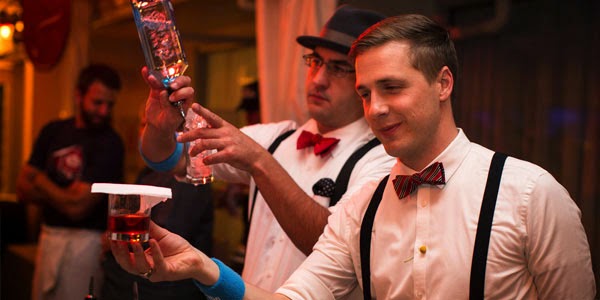 Negroni O'Clock
Cost: $55
What: "Learn how the classic Negroni can be transformed for all times of the day from Portland’s officially unofficial President of Negroni, Douglas Derrick, along with his cocktail compatriots."
Honeys Heart: Kel and I are officially on the negroni bandwagon, so this sounds like lots of fun. And it's only $55- mere pocket change in comparison! There's still tickets- you should go! 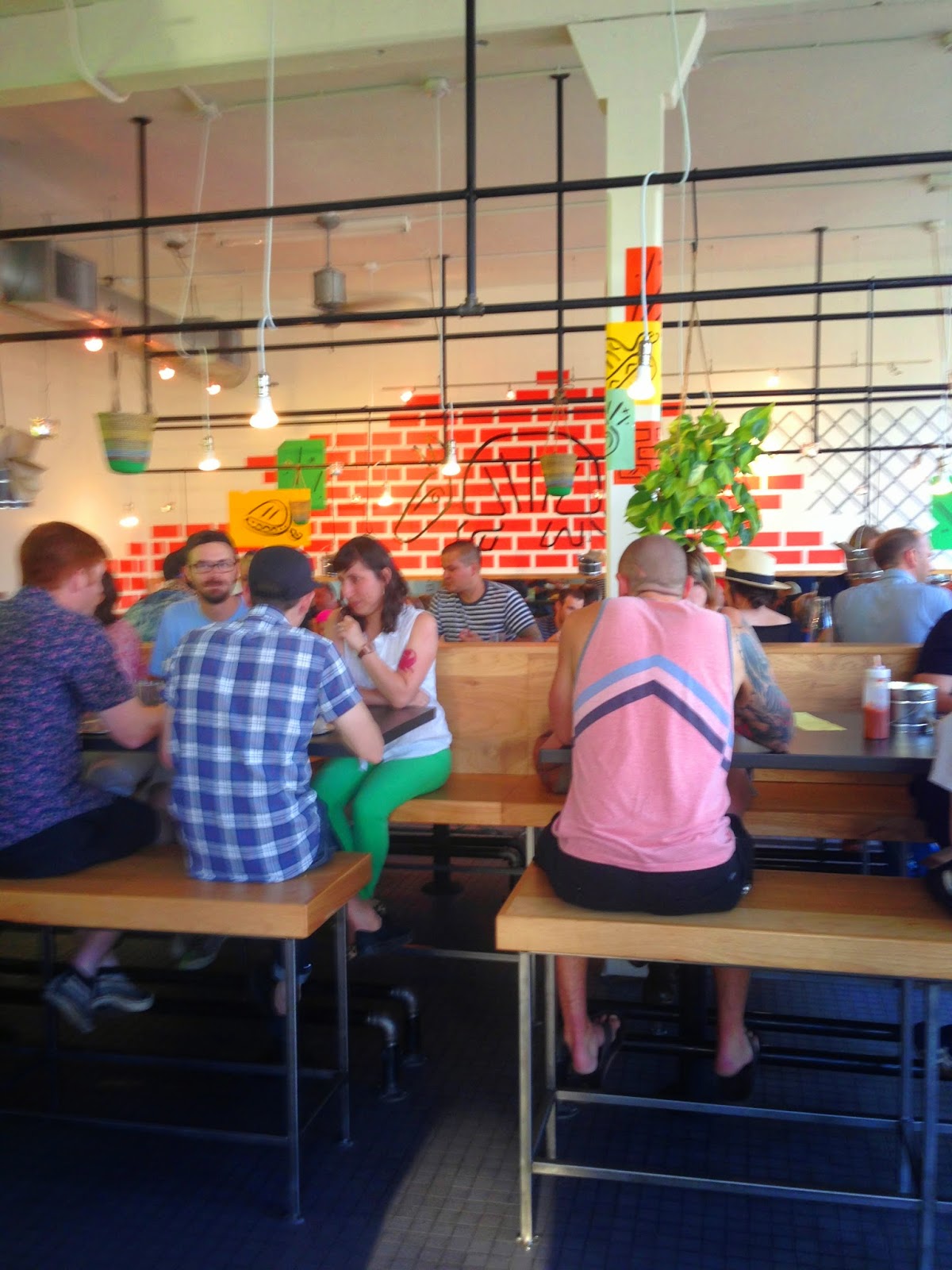 Katie and I made a deal when we started the blog. We would use it as an excuse to regularly go out to eat and drink (you know, "for the fans") and we would always be honest in our posts. The being honest part kind of sucks sometimes, but it must be done.

Katie and I attended Stella Taco's launch party on Tuesday evening and here's the deal: owners Ian and Becky Atkins and Chef Matt Fields (formerly of Little Bird) seem/are great, the vibe is really laid back and welcoming, but the food - at least what we sampled - left us wondering "would we leave our usual taco spots (Uno Mas, Por Que No) to come here?" 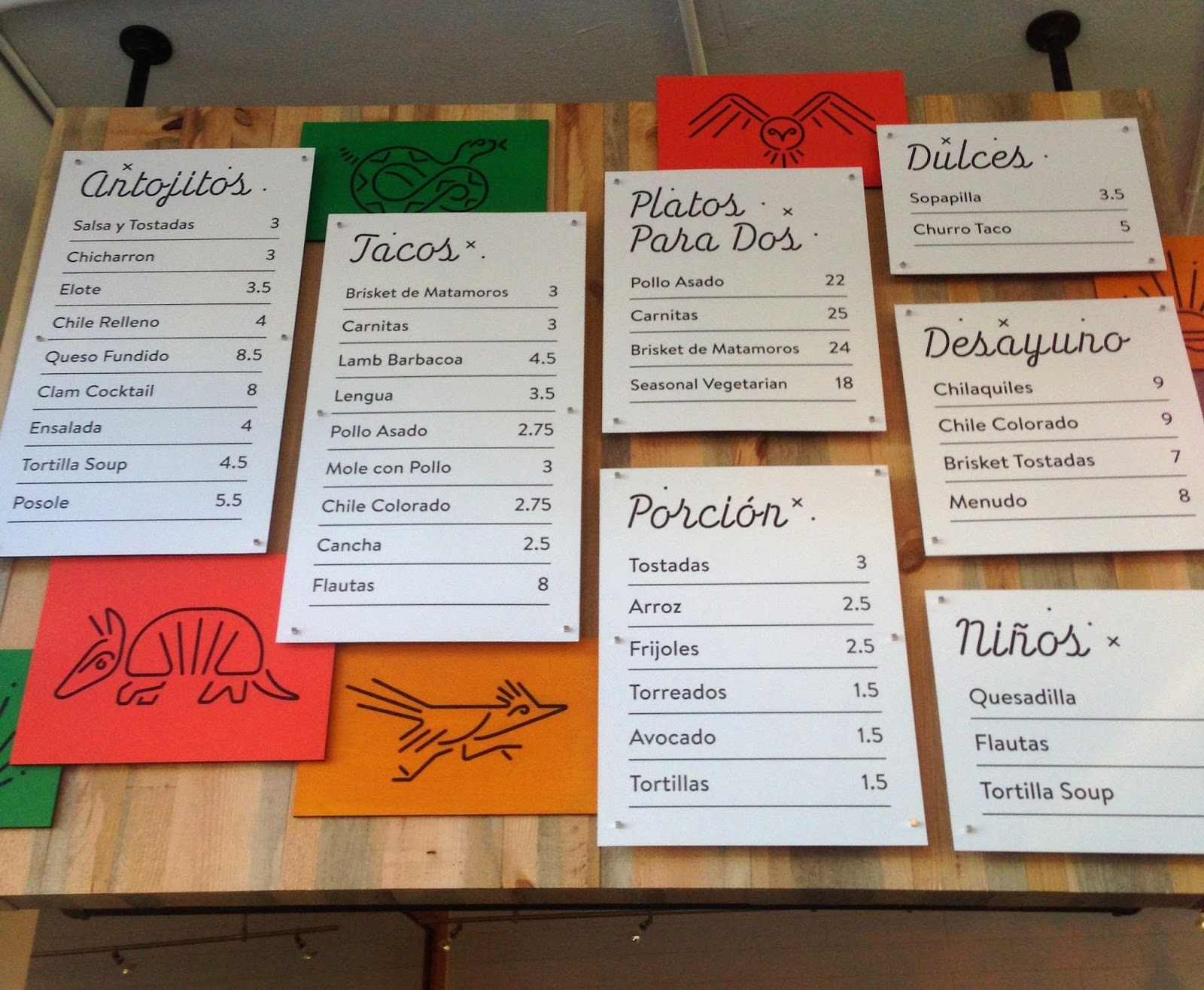 The answer: no, not based on what we had.

We started our Stella Taco experience with a Paloma de Juarez ($5.50) made with Olmeca Altos Blanco tequila, triple sec, grapefruit Jarritos, and lime. Definitely a funky take on a marg, maybe something for next year's 4th of July party?

The Frozen Margarita of the Day ($5.50) was a pineapple margarita. Tart and tasty. Not sure either were better than Por Que No's margaritas, but the price point is way more reasonable!

At the opening we tried the Elote ($3.50) which is roasted corn with fresh crema topped with lime salt, chili powder, and cheese crumbles. Katie and I both like corn, so we thought this was good- even if it was a fairly simple dish.

For tacos, Stella started us off with the Cancha ($2.50) made with crispy organic corn kernals, re-fried black beans, sliced red onions, and crema. It was sort of like a corn nut taco... which was weird, but sort of good, but really just hard to chew. I think the corn kernals either needed to be a little softer or a little crispier because our jaws felt a little sore. We wondered if we were being overly critical, but the man next to us voiced his agreement without any prompting.

The second taco we were served was the Brisket de Matamoros ($3) made with Painted Hills brisket that is dry-cured, coarse-ground, and slow-roasted and then topped with toreados chiles and pickled red onions. Not a bad flavor, but the choice to grind the brisket seemed a little strange to us. Why not slice it to show off its tenderness? Points for uniqueness though? I would also be curious about portion size. The taco seemed a bit small to us for $3- but this was just a sampling so maybe that was intentional.

Looking at the other taco offerings, I wish we could have tried the Lamb Barbacoa ($4.50) or the Chile Colorado ($2.75) with pork shoulder stewed with red chiles, tomato, and onions and topped with matchstick potatoes. It seemed Stella picked the more unique tacos for their tasting, but that might have been a risky decision, at least from our standpoint.

There were also Flautas ($8) floating around with a tomato broth for dipping. We didn't end up getting to try these though. They looked crispy...

Oh yes, and for dessert we had a Sopapilla ($3.50) which is a fried tortilla pillow with cinnamon and sugar and local honey.

The take-a-way here: Stella Taco was good, not great. It didn't convince us to give up our usuals, but it was an opening and we know those can be stressful and don't always reflect all that restaurants can do. We may need to give it another try and get some additional opinions. Stay tuned - there may be an update to this one!

Posted by Anonymous at 1:58 PM

This morning marked a Sweat & Sip first: Kel and I returned for a second round of a class we had already taken. I know, it's a pretty big deal. I mean, we did have a card that gave us five classes for free... so that helped. But also, we really like Revocycle!

What is Revocycle? Well, I would think of it as the complete opposite of Burncycle. In fact, when we told Revocycle owner Michael that we had done Burncycle before, his eyes just about bugged out. The two are based on very different methods of cycling. You'll remember that Burncycle is all about whole body cycling, so you're bopping around to the music, doing pushups on the bike, using hand weights, that sort of thing.

Those type of movements are a big no-no for the Revocycle crowd who believe that it's very dangerous to be doing those things on a unstable base. In Revocycle, you are either sitting down cycling or standing "climbing". That's it.

Revocycle also takes a more yoga or pilates-esque tone as far as instructing. While similar to Burncycle in that the goal is to pedal to the music, at Revocycle, the instructors use a calm voice, often reminding riders to close their eyes and relax their shoulders.

Another unique thing about Revocycle is the kind of bikes that are used. In Burncyle, we used fixed gear bikes, meaning that all you have to do to get the pedals to move around is to make a downward stomping motion and the wheel will help propel your foot around. Revocycle uses freewheel bikes. To get the pedals around on those, you must push the pedal around the entire cycle, which gives you a more full-leg workout.

Since I have a bad back and iffy knees and Kel is fighting a bum achilles, I really like that Revocycle is very mindful about working out in a safe way. And while Kel and I didn't feel as exhausted and sweaty after our Revocycle classes as we did after Burncycle, you are definitely getting a good workout. We both noticed that we felt more energized throughout the day after getting our blood pumping so much in the morning. (Did I mention we've been going to the 6am class? Yeah it's surprising even to us.)

Sisters Coffee is directly across the street from Revocycle which makes it very convenient to stop by for iced Americanos after class. The coffee is great and I feel like I have the slightest personal connection to the shop after interviewing Sisters Coffee interior designer team Jeff and Jenny Guggenheim and for an About Face profile last year.