The first torta I ever had was from a small cart in Guatemala. That torta was filled with pieces of hot dog, ham, chicken, and chorizo topped with mayo, salsa, tomatoes, and jalapenos, and though Doug was adamant that it didn't do justice to tortas as a whole, I was already hooked on what is essentially a Mexican street food sandwich. 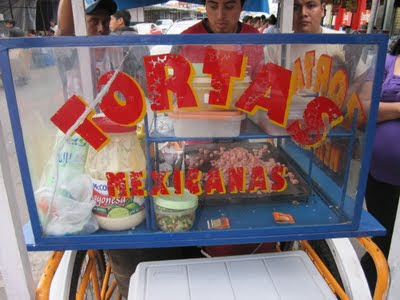 Since then, I've had a few different torta experiences, including an insanely spicy version at Rick Bayless's Tortas Frontera in Chicago and a delicious, but sadly no longer available, carnitas torta at Edgar's Cantina at Safeco Field. My torta consumption has been lacking here in Portland though, and so I was very excited to check out the new brick and mortar location of well-reputed torta food cart Güero. 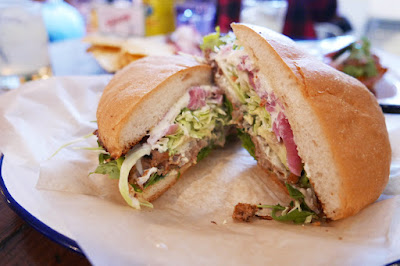 Doug went for the Ahogado ($9) with carnitas, habanero slaw, and cilantro topped with achiote tomato sauce. 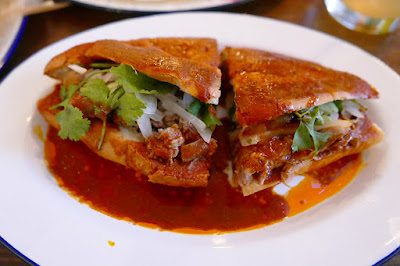 Both of our sandwiches were huge, very flavorful with a definite spicy kick, and pretty messy. In other words, come hungry and don't wear your Sunday best. 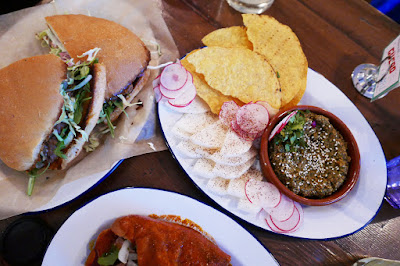 We also split a Sik'il Pak ($7) which is a pumpkin seed dip with fire-roasted tomatoes, chiles, citrus, and herbs served with jicama slices and tostadas. To me, this dish was totally lacking in flavor compared to the tortas and Doug found the dip oddly sweet. The jicama did provide a crisp, refreshing contrast to the spicy tortas, but that wasn't enough for me to be pleased with this dish. 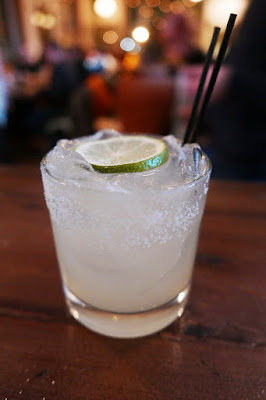 Of course, we had to sample some drinks too. I went with the classic Margarita ($8.5) and Doug tried the Margarita Yucateca ($10) made with mezcal, sour orange juice, and grapefruit. We both preferred my margarita, which wasn't a surprise on my end since I am not the mezcal fan that Doug is. 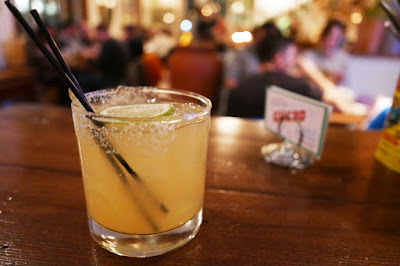 I'd like to go back again soon to try some of the other tortas as well as La Jefa, a cocktail made with horchata, tequila, ancho chile liqueur, and orange zest.

Sometimes you just have to embrace being a #basicbitch and go see 50 Shades Darker with your girlfriends. If you saw the first 50 Shades movie, you know that a certain level of tipsiness is necessary to endure two hours of horrible dialogue and "kinky f***ery", so with that in mind, Kel, Dana, and I met for happy hour at High Noon before heading to the movie theater. 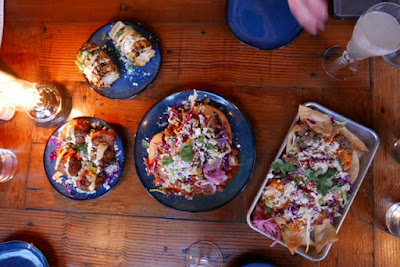 High Noon's slogan is "Southwest by Northwest" and their menu highlights Southwestern dishes like frybread, arepas, and nachos, all prepared with local ingredients. While the decor borders on gimmicky (at least they got rid of the John Wayne mural?), we were impressed with the number of food and drink items on the happy hour menu and the prices. 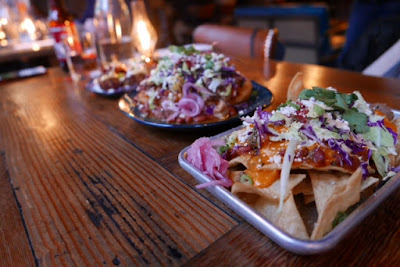 The nachos were tasty and a decent-sized portion and the hush puppies were good too. I never say no to street corn and High Noon's version did not disappoint. 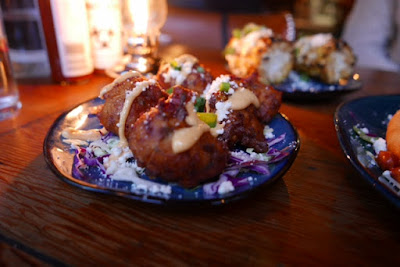 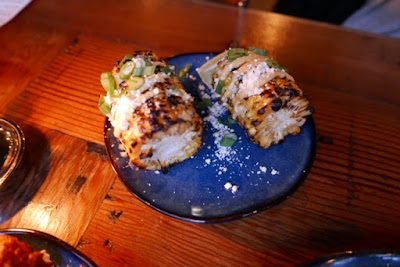 While my first Grapefruit Drop was on the weak side, a pet peeve of mine when it comes to happy hour drinks, the second seemed like a standard pour, making the $6 price tag feel like more of a steal. 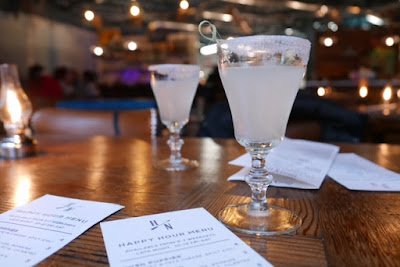 Since none of us had tried frybread before, we also ordered a Sweet Pork Frybread with Roasted Pasilla Verde ($9) off the regular menu. 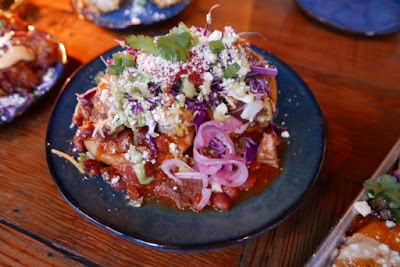 High Noon describes frybread as "southwest scones" which I don't think gives an accurate picture of this dish. Frybread is more like flatbread that has been fried... so exactly what it sounds like and not like a scone at all. Descriptions aside, it was flavorful and delicious, and worth the non-happy hour price.

I should also mention that the service was a bit touch and go, depending on what server was helping us.

However, overall, we left very satisfied with our happy hour experience at High Noon and I would recommend it as a great post-work spot for the downtown crowd.
Posted by Katie @ Happy Hour Honeys at 1:57 PM