For those uninitiated to the deliciousness of Moscow Mules, Dark and Stormys, and ginger beer in general, the fact that ginger beer contains no alcohol often comes as a surprise. But similar to root beer, ginger beer is beer in name alone. Well, usually anyway.

I first tried Crabbie's Ginger Beer at last year's Monterey Brew Fest. I remember our group being impressed with how good it was, but you know how beer fests are- things can get a little hazy. I was happy to oblige then when Crabbie's reached out to see if Kel and I would like a sample to review, . 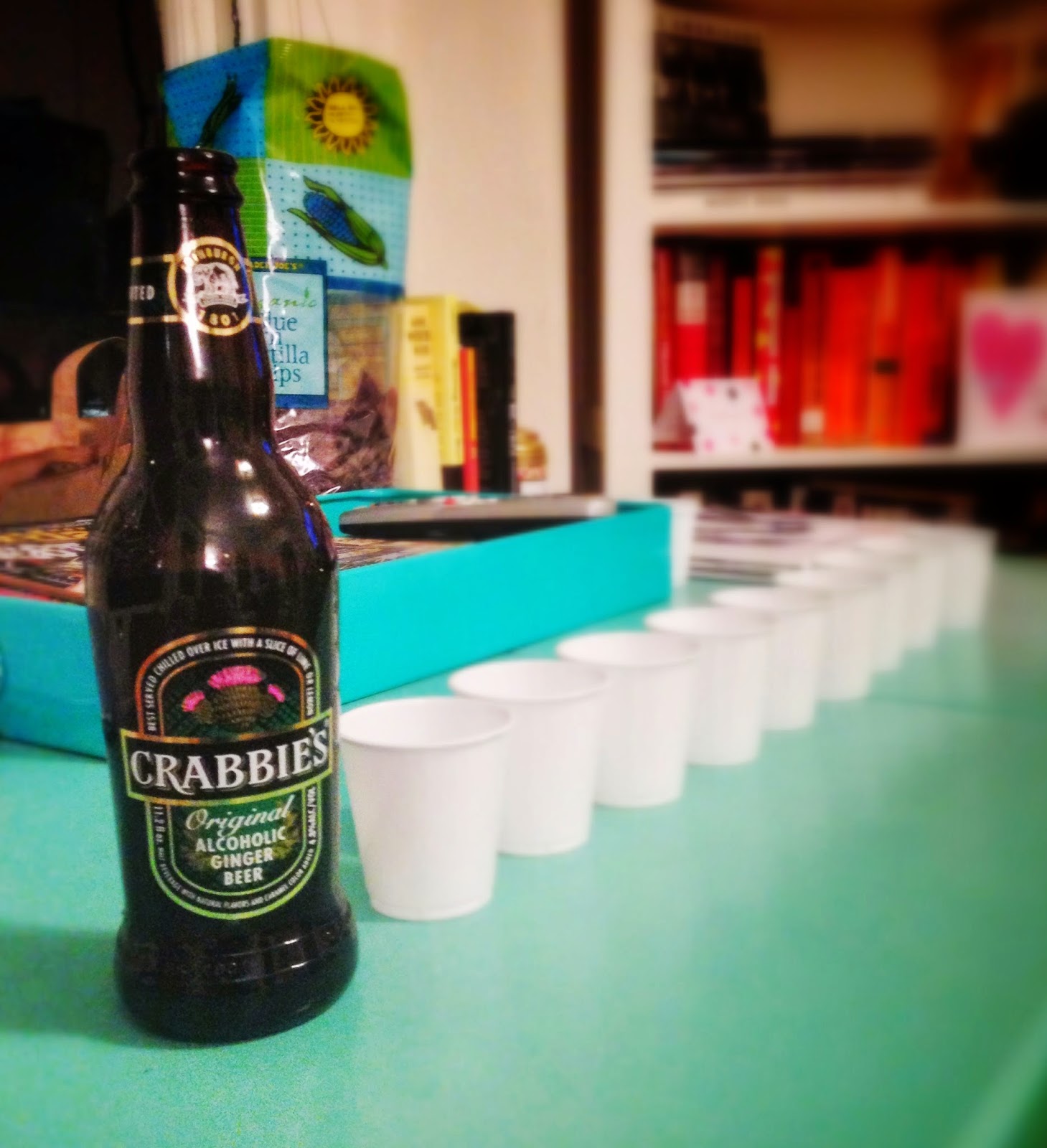 We decided to include a tasting of Crabbie's as part of our March SALEP meeting. The reaction was certainly a positive one. Everyone agreed that Crabbie's packed a pleasant spicy gingery punch and wasn't as sweet as we expected it to be (that's a good thing). We liked how refreshing it was on its own but also thought it would be equally good as a substitute for regular ginger beer in cocktails.

If you'd like to try Crabbie's for yourself, it's available locally at most Fred Meyers and New Seasons as well as some independent retailers like Belmont Station. It's also available at several local bars including East Burn and Quimby's at 19th.

And if you want to make a cocktail using ginger beer on your own, here's the recipe for our two favorites: