Athens was strictly a tourist day. We were on the bus for most of our time in the city which meant that we didn't get to sample much of the local cuisine aside from the hour or so of free time for that we had for lunch in the Plaka, the oldest part of Athens. Our tour guide recommended a restaurant called Hermion, so we decided we might as well try it out. 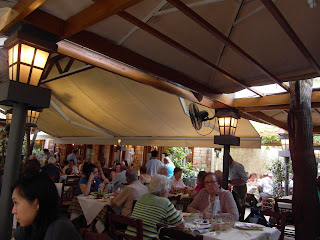 We had been told that we had to have greek salad while in Greece, so we ordered it as our appetizer. 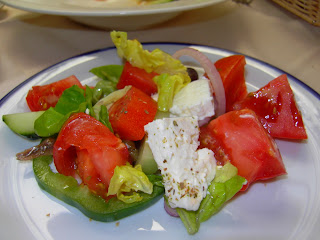 The veggies were super fresh and the feta was nice and tangy. Yum.

Since I liked my moussaka so much in Mykonos, I decided I wanted to try it again in Athens. 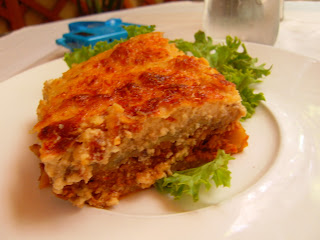 Sadly, this time my moussaka was only lukewarm and the cheese on top was not nearly as creamy and delicious. Kind of disappointing.

Nick ordered the pork kebabs, which were much more tasty (and warmer) than my meal. 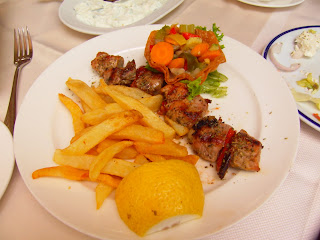 Isn't it weird how big french fries are in Greece and Turkey? I think we had them with every meal we had in those two countries. Not something I would have expected, but not something I can really argue against either...

And now some touristy pictures: 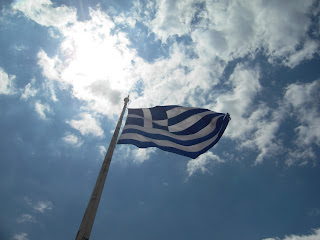 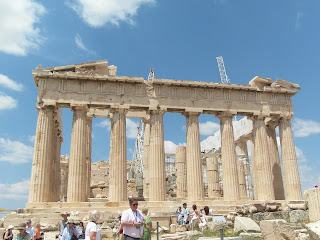 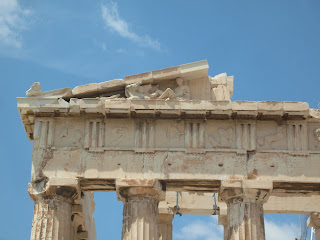 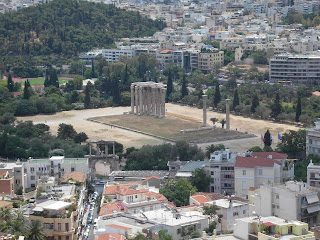 Coming up next: We spend the day in Italy's "floating city" and say goodbye to the Ruby Princess.
Posted by Kelly at 9:02 PM