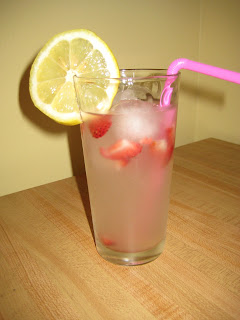 This is really a two-part post. First, how to make lavender-infused vodka, and second, how to make spiked lemonade with that vodka. So here we go:

I've been planning to make an infusion ever since I tasted Kel's refreshing cranberry vodka infusion on New Year's Eve. Unfortunately, by the time I got my act together and got a jar (thanks Peg!), cranberry season was long over. It then took me, oh, only about 4 months to decide I wanted to make a lavender infusion. After that, it became a matter of tracking down fresh lavender, which I finally found at Whole Foods.

What You'll Need:
- 1 bottle of vodka
- Fresh lavender stems (I used 2 packets from Whole Foods)
- Glass jar/container of some sort 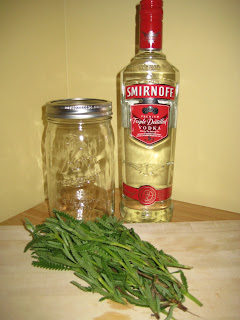 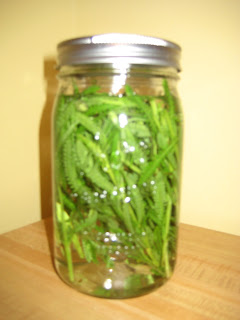 Step 3: Keep jar in fridge for at least 10 days, shaking jar once a day.

When it's done, it will look a little murky, like this: 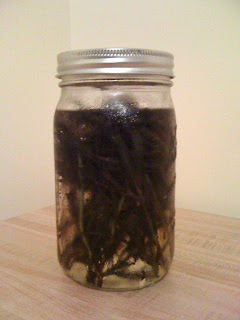 But you'll need to taste it too. My infusion did not taste like I expected, almost cinnamon-y more than flowery. It was good though and I knew it was ready because I could drink it straight. That vodka bite should be gone.

I first strained the vodka through our pasta sieve to get out most of the stems. 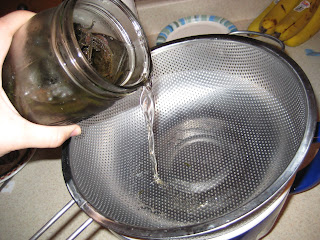 Then I poured it through the small drink strainer. 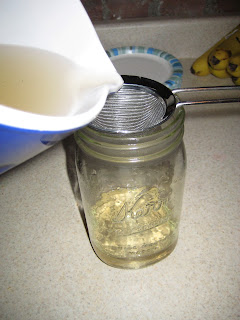 Step 5: Keep the infusion in the freezer until you're ready to drink it. 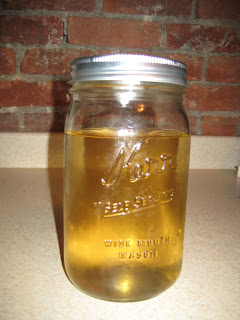 You can really spike lemonade with anything, but if you're going to go to the trouble of making lavender-infused vodka, I highly recommend trying this recipe. It's quite refreshing and flavorful, and if you add the strawberries, pretty too. 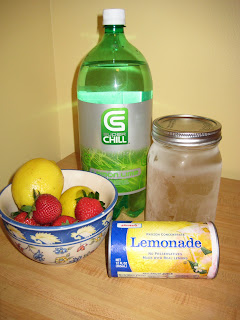 Step 1: Follow the directions on the lemonade concentrate to make lemonade 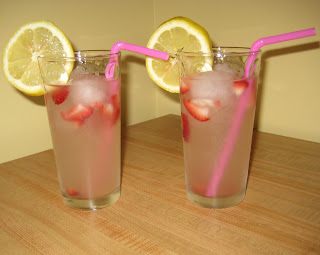