Adam promised us a classy SALEP meeting and surprisingly (love you, Adam!), he delivered. There were classic cocktails, jazz music, and Ginger Cats Cookies for People (the classiest of animal cookies, obvs). Does it get much better? 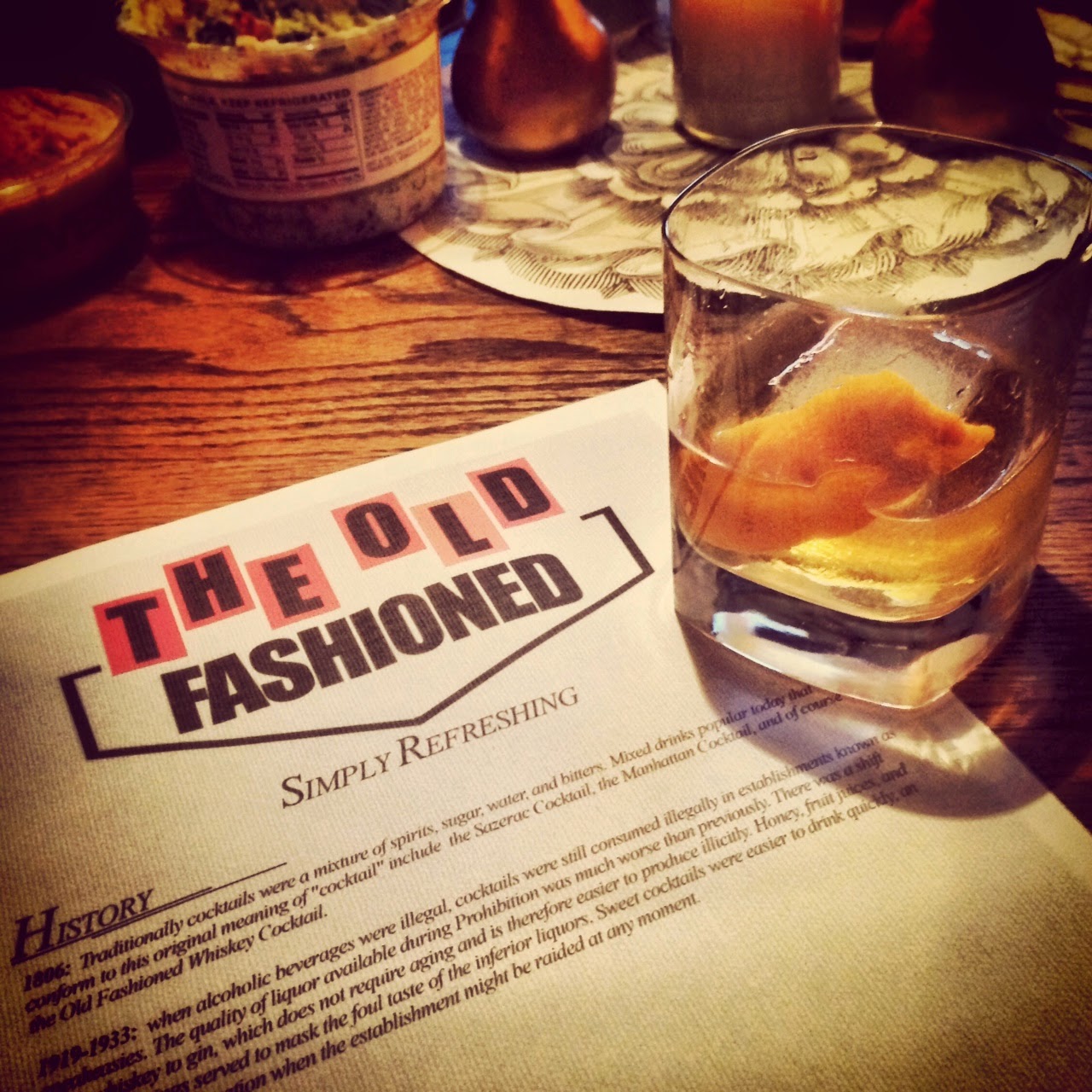 History:
1806: The Old Fashioned is the embodiment of the first recorded definition of cocktails in general, which comes from the letters page of a 1806 New York newspaper: "Cock tail, then is a stimulating liquor, composed of spirits of any kind, sugar, water and bitters."

1919-1933: During Prohibition, the quality of liquor greatly decreased and The Old Fashioned's combination of sugar and bitters proved an excellent way to mask the taste of poor-quality liquor, increasing the drink's popularity in speakeasies across the country.