Okay, so aside from Kel's Besaw's & Davis Street posts, we have been majorly slacking. Sorry, we're going to do better! (Maybe.)

Anyway, remember when I was posting about Seattle a lot? Good. Because I'm going to keep doing that... 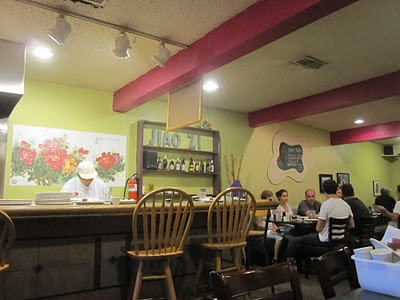 We started off our dinner with an order of Jiao-zi, or boiled dumplings, filled with pork. Knowing we'd be taking some home to share with Doug's parents, we went the the 26-piece order ($13.95). 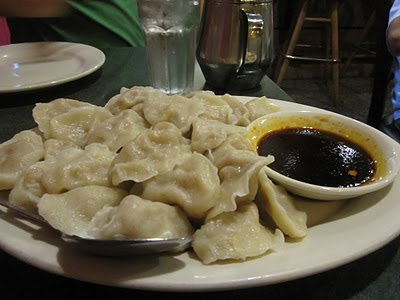 These were some of the best dumplings I've ever had. The pork was juicy and flavorful, the dumpling dough perfectly chewy and that dipping sauce... so good! We had to ask our server to box them up so we wouldn't keep eating them and spoil the rest of our dinner.
We decided to share two entrees so we could try a meat dish and a noodle dish. Doug had never had Judy's Cashew Chicken with water chesnuts ($10.55), but I convinced him we should try it. 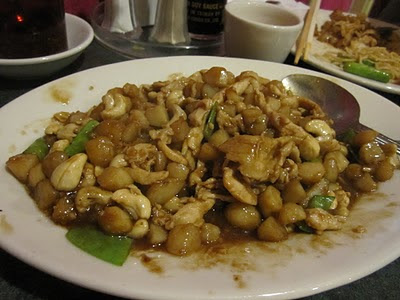 The crunch of the cashews and water chestnuts was a great compliment to the chicken. Tasty sauce too. Highly recommended! 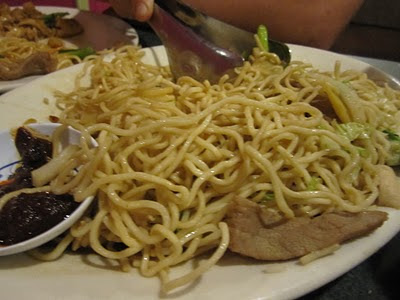 For our noodle dish, we went with Snappy Dragon Chow Mein which comes with a combo of shrimp, chicken, beef and veggies ($9.50).

I've been told that Frank's Noodle House here in Portland has some of the best noodles in the northwest but I'd have to disagree. Judy's noodles are the kind that are so good that even when you're super full from dumplings and chicken and chow mein, you can't help but go back for just a little more. Seriously, this is my last noodle. But really, I'm so full. Ok, just one more. And... commence food coma.
Posted by Katie @ Happy Hour Honeys at 1:34 PM