Monte Carlo is probably a great place to visit...as long as you're not there on a Sunday, like we were, when almost everything is closed.

I was looking forward to Monte Carlo because I figured that its proximity to France made it likely that I would be able to indulge in my two favorite French foods (discovered during my trip to Paris 3 years ago): macarons and croque monsieurs.

Well, I found a patisserie with macarons right in the window... 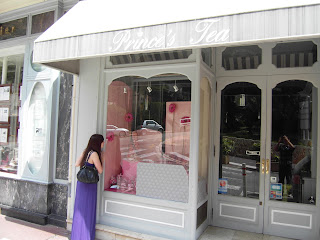 But it was closed, like nearly every other restaurant/food place except for the touristy cafes down by the dock and the Haagen-Dazs by the casino. Boo.

Since I wasn't able to get my macaron fix, I convinced Nick that we should eat at one of the touristy cafes so I could at least have a croque monsieur. Bad idea. 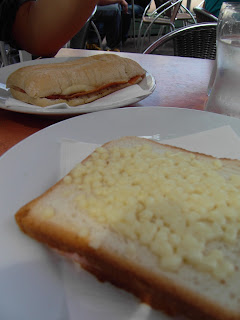 My croque monsieur was barely heated up so the cheese on the inside wasn't melted any more than then strange cheese balls on the top were. Sad.

On a positive note, I was able to find my very favorite European chocolate bar, Milka, at a small convenience store. I became attached to Milka chocolate during my time in Salzburg, where Fr. Art at times encouraged us to eat Milka bars for lunch so that we wouldn't have to waste time getting off the bus for real food. Worked for me.

And despite my complaining, I do have to admit that Monte Carlo and the casino were beautiful. Pretty enough to make up for the poor food situation...almost. 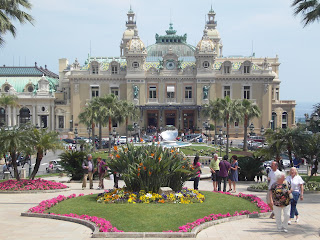 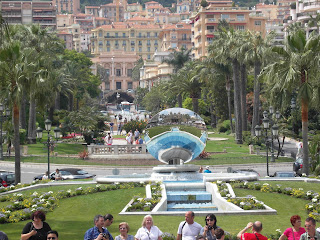 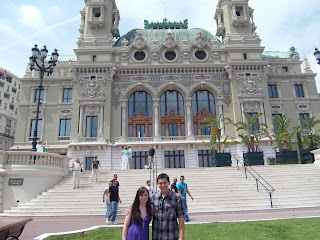 Coming up next: Florence, where we had our favorite meal of the trip
Posted by Kelly at 6:51 AM