Last year, my mom and I made Hot Apple Pie drinks for Christmas. They were okay, but this year we decided to go in a different direction and try our hand at mulled wine. 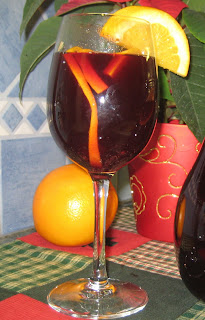 Mulled wine is basically warmed sangria with a few extra spices thrown it. The following recipe is based off Ina Garten's recipe with a few minor changes (most notably, no star anise because we couldn't find any). Since the recipe calls for a whole bottle of wine and my family are pretty light drinkers, we had leftovers which we just put in the fridge and reheated in a saucepan a few days later. That worked nicely since the few extra days in the fridge strengthened the added flavors. Leftover mulled wine can also be enjoyed cold if that's more your style. 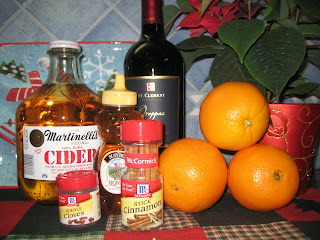 Combine wine, cider, honey, cinnamon, zest and juice in a large saucepan and bring to a boil. 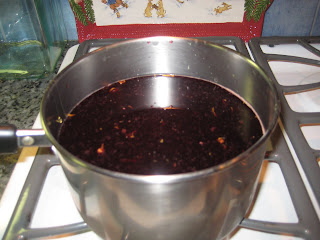 Once mixture is boiling, reduce heat to low and simmer for 10 minutes.

While wine is simmering, cut oranges for garnishes. 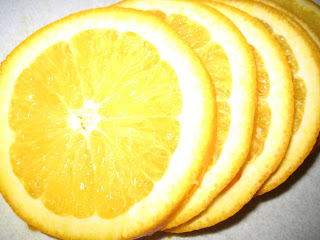 Pour wine through a strainer to remove spices and zest. 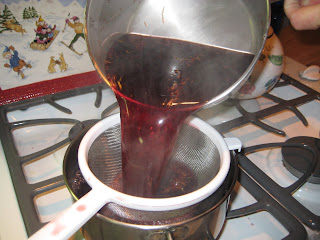 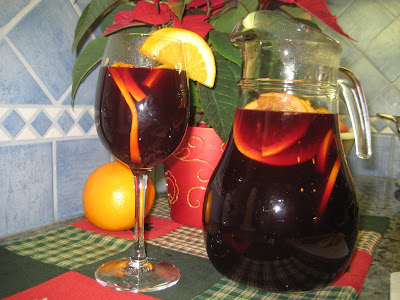