Since Venice was our second to last city to visit on the trip, and our last stop in Italy, we wanted to dine well. The library on the ship had Rick Steves' Venice book, so I spent a good amount of time copying down his recommendations into my journal so we would know where to go.

And then I left my journal on the ship. Oops. More on that later... 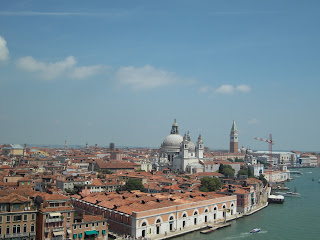 Our day in Venice started out with an excursion to two neighboring islands: Murano and Burano. If you've been to Venice, you probably recognize the name Murano from the glass that is sold throughout the city. Our stop in Murano revolved around a visit to a glass factory where we watched a master glass blower form a horse from molten glass in about 2 minutes...and then light his cigarette on it because it was so hot. Classy. 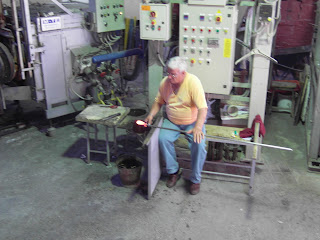 While the part of Murano we saw was nothing special, Burano was actually very pleasant. 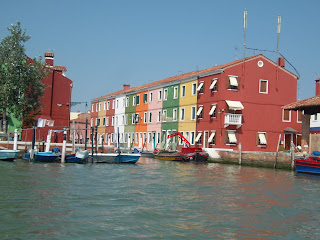 Every house on Burano is painted its own bright color. Local legend says that wives started painting their houses different colors so that their husbands wouldn't "accidentally" go into the wrong house and climb into the wrong bed after a long day of fishing. I feel like I heard a similar story when I was in Dublin learning about the painted doors there...But whatever the reason for the colorful houses, they certainly make the island quite enjoyable to walk to around even though there's really not much else to see. 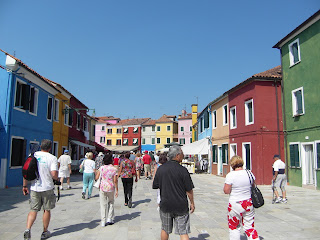 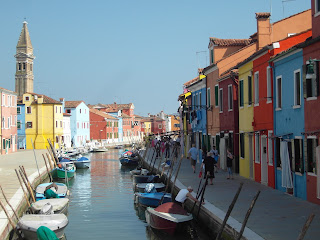 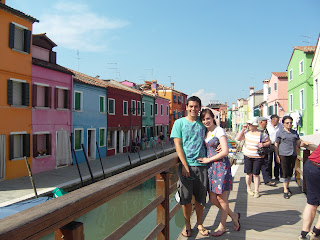 After our visits to Murano and Burano, we finally got to Venice proper. We spent some time wondering around, working up an appetite before stopping for gelato. Since we had already had some gelato on Burano (yeah, forgot to mention that) we shared a double scoop of stracciatella and frutti di bosco. Yum.

We walked around a bit more and then decided we needed a bit more sustenance, so we stopped at a small pizza place near The Rialto Bridge. 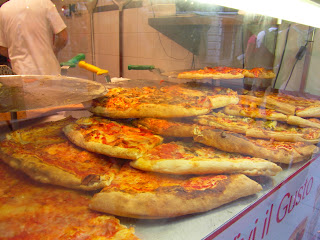 We shared the biggest slice of sausage and pepper pizza ever. And we started a bit of a trend. A bunch of people saw us eating our slice on the stairs of some random building and decided to join us after purchasing their own slices. The more the merrier... 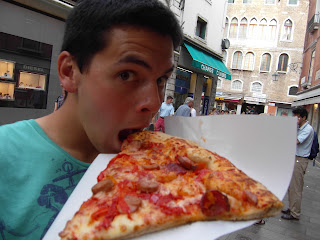 As we explored more, I kept noticing that lots of people were drinking the same bright orange aperitif. I decided that the drinks had to be good, since everyone had them and I immediately wanted one. Now, after some research, I can tell you that they were drinking Spritz, which is typically made from carbonated water, white wine, and either Campari, Cynar or Aperol. In other words, it's very bitter...as Nick found out when he ordered it with our dinnner. I think he had about two sips before he gave up on it. We won't be ordering that again anytime soon.

So yeah, about our big Venetian dinner. It was horrible. And that was probably my fault. First of all, I was the one who forgot to bring my journal with the recommendations, and second of all, that thing happened again where I got really hungry and tired and grumpy and unreasonable and therefore forced Nick to eat at a super touristy place along The Rialto Bridge. I know, embarrassing. And it really was soooo bad.

The waiter promised us the "best seat in the house" right next to the canal with a great view of The Rialto. What he didn't mention was that every time a boat would go by, nasty canal water would splash up through the cracks in the floor, covering our legs.

And the bread was stale, never a good sign. Although things weren't looking good, we forged ahead. I ordered gnocchi and Nick got Spaghetti di Mar. 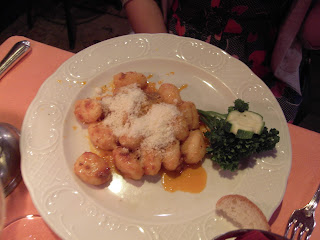 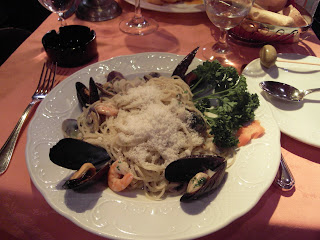 Nick proclaimed his dish "Olive Garden good" (not a compliment in our book) and I agreed that my meal could be placed under the same description. So disappointing.

So to make up for our lousy dinner, we had to have some gelato. You know, to make sure we left Italy with a good taste in our mouths. Nick had stracciatella and I got stracciatella AND caffe (coffee). It's the most delicious combination ever and I would have gotten it more often, but coffee in any form, including ice cream, sometimes makes me sick. I was feeling reckless though...and it was worth it.

We also had some pretty amazing scenery to help console us: 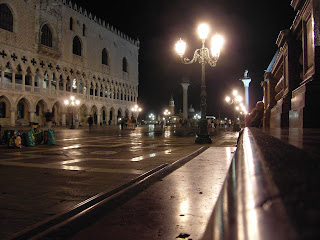 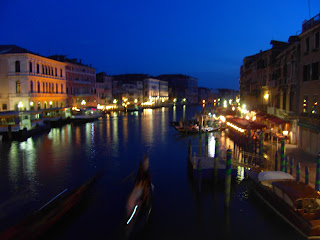 And from earlier in the day: 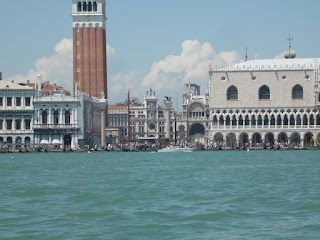 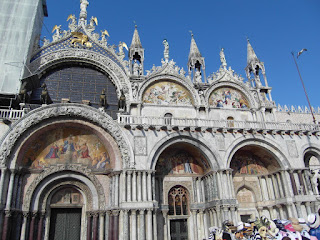 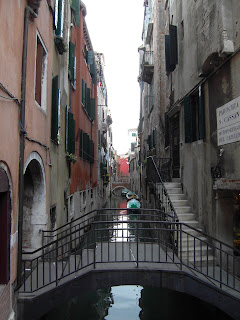 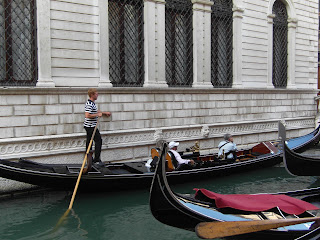 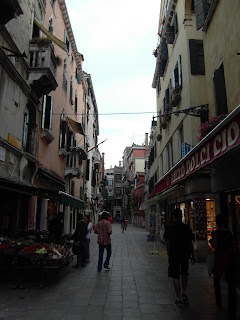 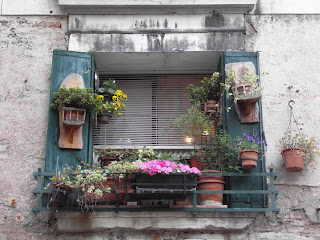 Coming up next: Our final stop, Dublin.
Posted by Kelly at 7:58 PM