Another month, another SALEP topic!

This month, Dana taught us all about Campari! 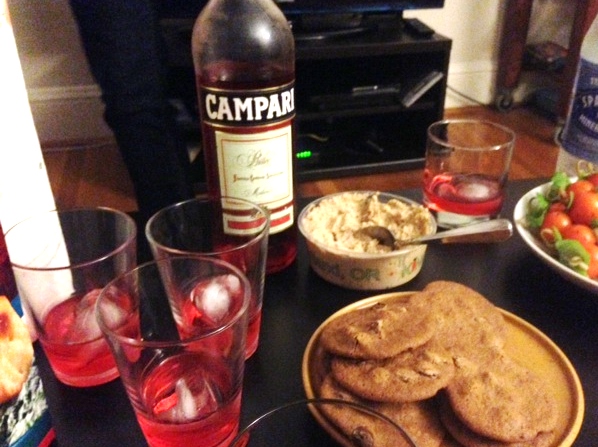 
Campari is an Italian liqueur that is characterized by its red color and strong dry, bitter taste.

As an aperitif:
- An aperitif is an alcoholic drink that is served before dinner to stimulate the appetite.
- Aperitifs originated in Italy in the 18th century and are always dry, rather than sweet.

As a bitter:
-  A bitter is consumed to aid digestion and health, thus Campari is also a digestif.

-  Bitters/digestifs are usually drunken straight or with soda water.

History
Campari was invented in 1860 by Gaspare Campari and is comprised of a secret combination of herbs, spices, and fruit peels. For forty years, Campari could only be found within Italy.  In 1904, Campari was first exported to Nice, in the French Riviera.  Campari is unique in that it is its own brand; there are no “off” brands of the liqueur. Campari’s distinctive red color is derived carmine, a dye created through the crushing of dried cochineal insects.  Campari’s color was created this way up until 2006.

Negroni
1 oz Campari
1 oz Gin*
1 oz Sweet Vermouth
Orange peel for garnish
*for those who want to cut the bitter taste of the negroni, chardonnay can be used instead of gin. 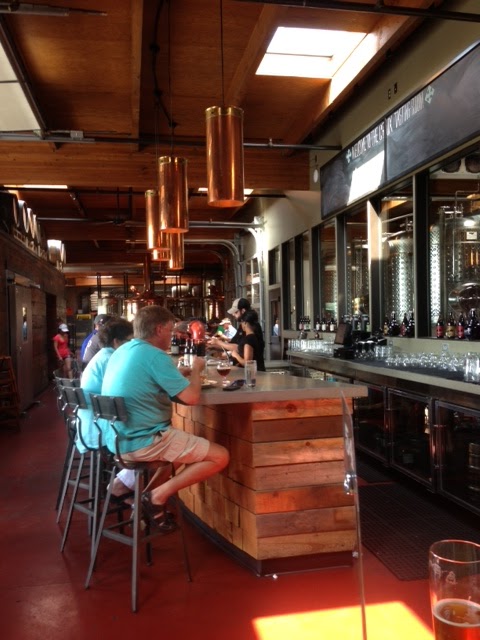 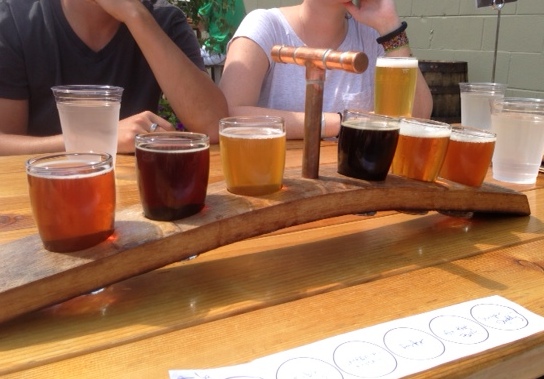 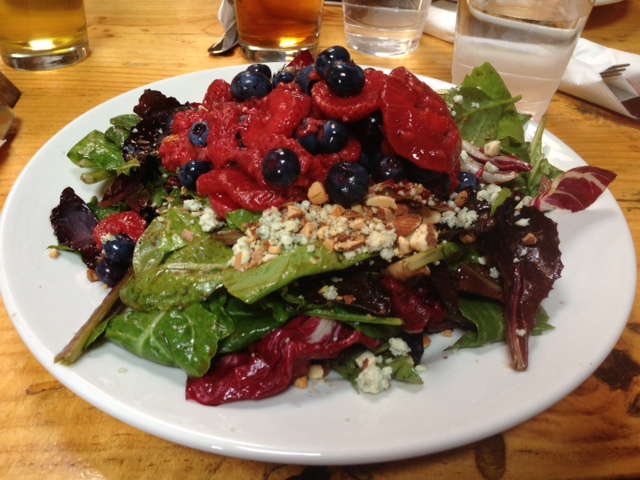 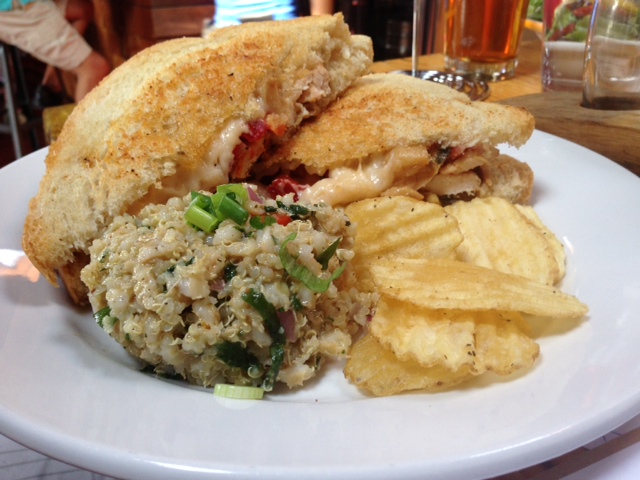 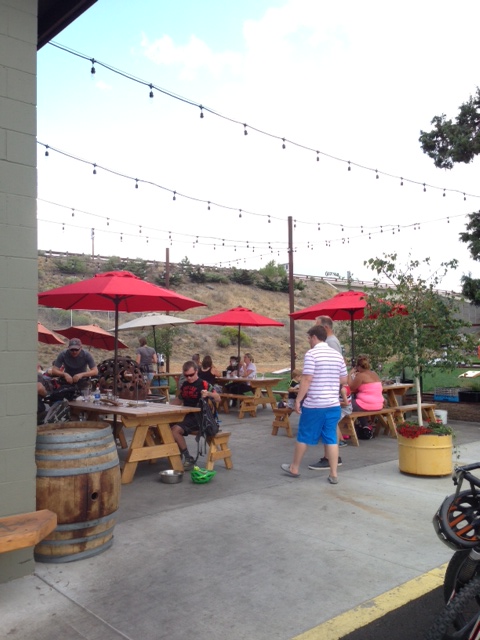 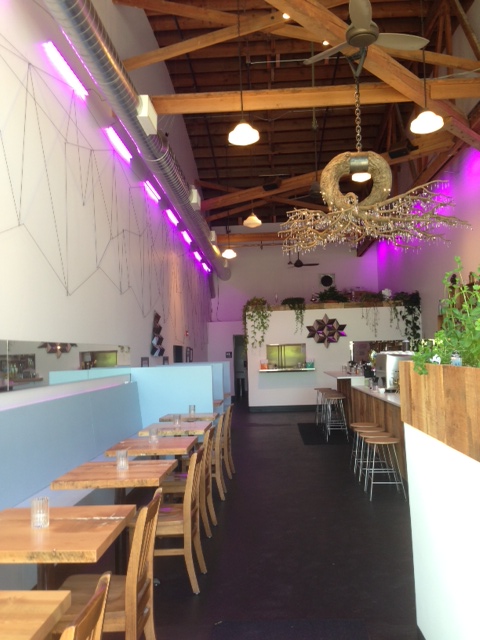 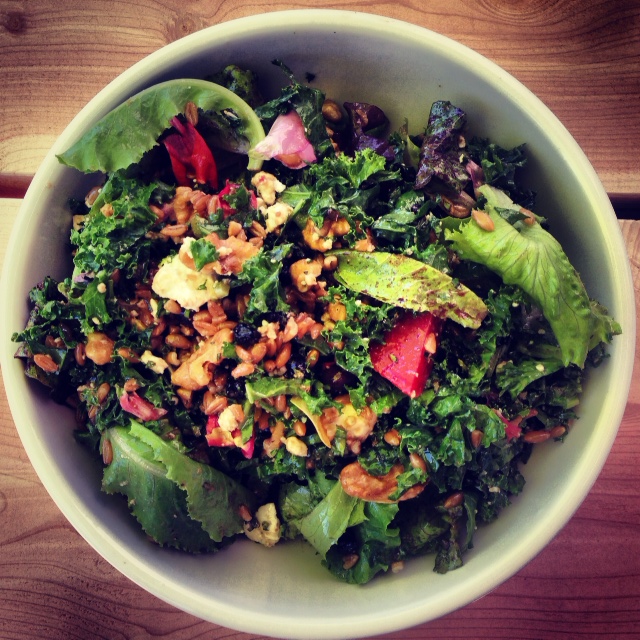 What: The Picnic House

Rachel and I got together for lunch on Tuesday to celebrate her new job, VP of Membership and Events for the Homebuilders Association! This lady is going to be busy so we had to sneak in a lunch before the craziness began.

Also, sorry in advance for the horrible picture quality of this post...

So here's the deal with this place. Well, I don't really know what the deal is with this place... I think it's almost cute, but maybe a little tacky. The front part of the restaurant has an outdoor feel with bistro lights, moss, street lamps, tree stencils and the back is more formal with large paintings and a mid-1920's feel. Hmmm.

Well the decor might have fallen just short of being the right thing, but what about the food? The menu is definitely really varied and there are many healthy options. Rachel and I both went for the combination option and got a sandwich and salad for $12.

Rach got the Buffalo Chicken Salad and the Nutty Brown Rice. The brown rice was mixed in with sweet potatoes, roasted cauliflower, carrots, turnips, and sugar snap peas in a roasted hazelnut vinaigrette.

I went for the Roasted Turkey with a blueberry glaze, aged white cheddar, apples and arugula. We both got our sandwiches grilled, but the baguette was so thick that it didn't really do anything and the sandwich was totally overwhelmed by bread. It would have been so much better with thinner bread and more panini action. I also got the Farfalla Salad. The pesto was tasty and those roasted carrots were so good.

Overall, I'm not sure there was anything exceptional, but it was good. It was reasonably priced and offered a lot of options, but I'm not sold on the "vibe" of the place. It could definitely be a convenient lunch option for many people that work downtown so we'll see how this place progresses.
Posted by Anonymous at 2:00 PM