What: The Richmond Bar

Lesson learned: Monday night is not the best night to explore new bars. Katie and I planned a date night to Expatriate for cocktails. We double-checked that they would be open and after reading their assertion on their website that they're "open 8 days a week", we thought we were good to go. We stopped at Life of Pie to share a Margherita pizza ($10) and then headed to Expatriate. Upon arrival we discovered a "Closed for a Private Event" sign. Shit.

Back in the car we did some quick searches and settled on Oso Market and Bar, open until 11pm. As we drove by Oso 10 minutes later we were again confronted with a "Closed" sign. Feeling a little defeated we headed to SE Division determined to find an open bar that we hadn't tried. Katie suggested The American Local, but of course it was also closed. Don't worry though, Katie's knowledge of the Portland bar scene is vast and she suddenly remembered wanting to try The Richmond Bar. It might have been our fourth stop in a driving night tour of Portland's eastside, but our rocky road lead us there and we were thankful. 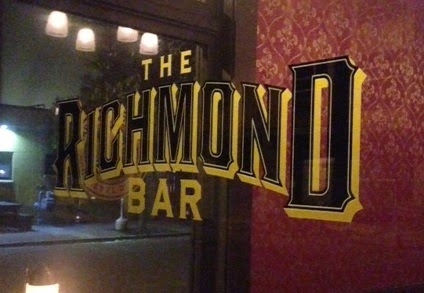 We sat at the bar and started with cocktails off the menu. I went for the Beet Down ($9) with gin, beet, lime, simple syrup, and bitters while Katie chose the Juice Box ($9) with vodka, grapefruit juice, orange juice, cherry heering, and grapefruit bitters. So far we were off to a good start. 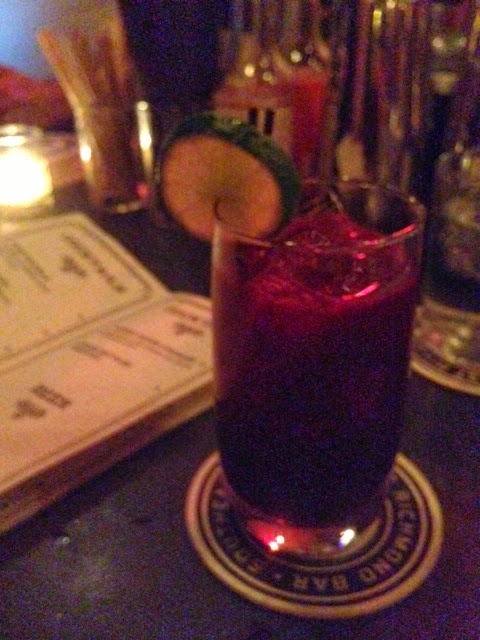 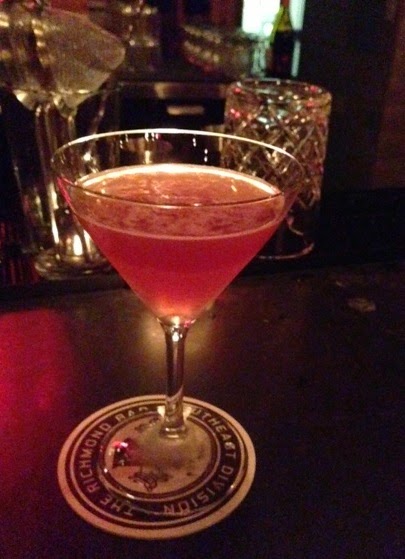 With our empty glasses on the bar, Justin, our trusty bartender, asked if we wanted to stay on menu or go off. We declared that off menu sounded like more fun...for us. Some bartenders act inconvenienced when you say things like "I like boozy drinks with gin and savory flavors" and then expect them to craft the most delicious drink ever. Luckily for us Justin had the opposite opinion. With abundant enthusiasm he encouraged us to go off menu because it's more fun for him too! 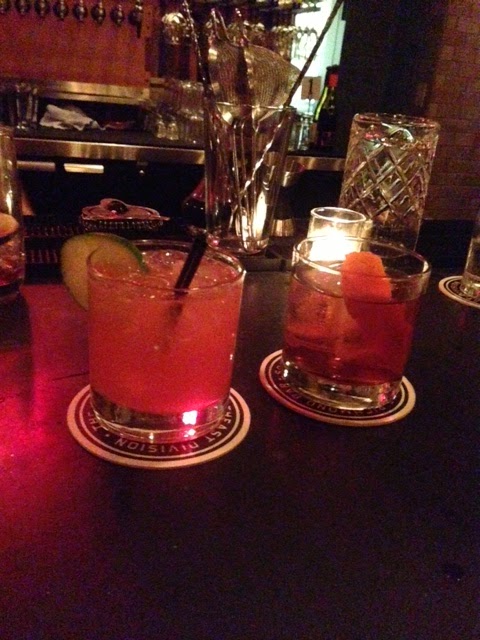 He stayed on the grapefruit route with Katie's next cocktail but took it a little more bitter and used gin versus vodka. We preferred this variation to the first. For my cocktail we went more boozy and he made a Martinez. Predecessor to the martini, it's made with gin, sweet vermouth, maraschino liqueur and angostura bitters. Justin used Old Tom gin which is aged in barrels and that definitely gave the drink a deeper flavor, more reminiscent of a whiskey cocktail. Garnished with an orange twist and a giant ice cube, I was feeling pretty fancy. My tendency would be to order a cocktail more like Katie's so I appreciated the nudge to try something classic.

Following our libations Katie had to pick up Doug at the airport so we accompanied our cocktails with a snack. Though the Cheese and Toast ($5) with white cheddar cheese spread, toast, and red onion marmalade came highly recommended, we opted for the Nº2 Hand Pie ($7) with butternut squash and goat cheese. 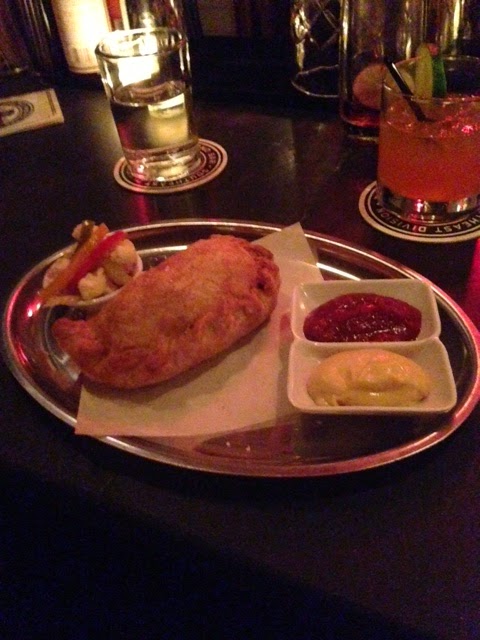 The hand pie was definitely sharable and was served with pickled veggies and two sauces: spicy mustard and a homemade malt sauce. The sauces were good, but we concluded they probably go better with the meat hand pies. 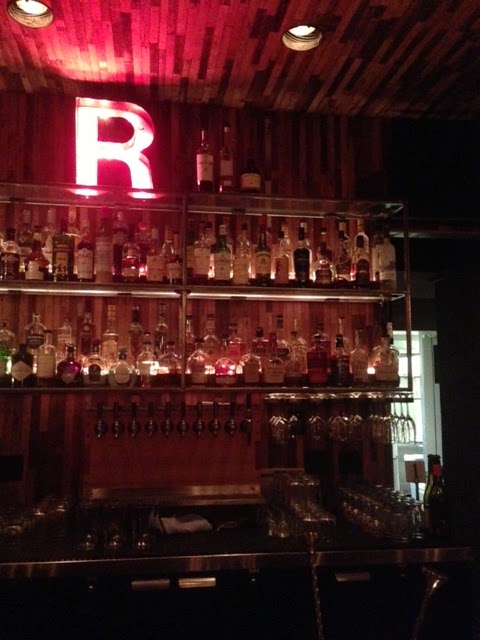 Cool ambiance, great cocktails, and a totally affordable and (from our minimal experience) tasty food menu. Plus, The Richmond has a great happy hour too. $1 off all items from 4-6pm everyday. We'll definitely be back!
Posted by Unknown at 10:00 AM