What: Canard
Where: Next to Le Pigeon (734 E Burnside)
When: 9am-2pm, Saturday & Sunday
Honeys Heart: No wait!? + Slightly Bugey Spritz

Amanda and I both had a snack before heading to Canard for brunch last Sunday in anticipation of at least a 30-minute wait. So you can imagine our surprise when there was zero wait when we showed up around 10am. In fact, there were so many open tables that we had our choice of a four-top, seats at the kitchen bar, seats at the bar bar, or seats at the window overlooking Burnside. Basically, any seat in the house was up for grabs. Very weird.

Turns out that Canard hadn't actually announced that they were open for brunch yet, so our experience probably won't be the norm going forward. Bummer! 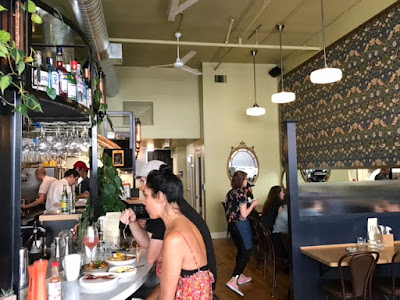 Canard’s brunch menu is made up of small plates, so Amanda and I decided to share the Cinnamon Swirl Toast ($4) and each pick a savory plate. She went with the goat cheese and herb Omelette ($7) with a side of Breakfast Potatoes ($5) and I choose the Daily Quiche ($8). 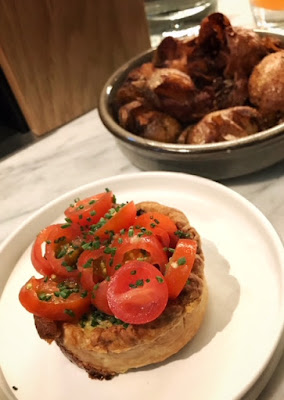 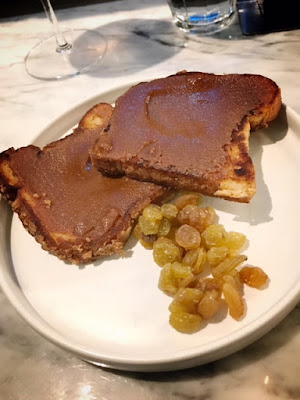 I also tried the Slightly Bugey Spritz ($8), made with sparkling rose, soda, and bitter lemon. 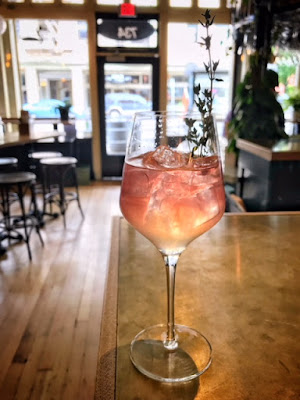 Everything we tried, including my spritz, was decidedly simple, but very well-prepared. While not anything particularly revelatory (we're talking cinnamon toast here, people), all the dishes were tasty, satisfying, and well-priced for the smaller portions.

I think we did miss out on some of Canard’s perhaps more exciting signature dishes. Since we sat at the kitchen bar, we saw a whole lot of Duck Stacks ($15), pancakes with duck gravy and a duck egg, come out. Canard’s Steam Burgers ($6 each) also seem to be a thing. 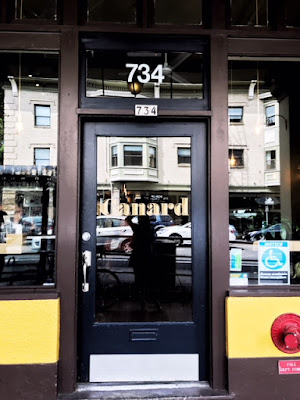 Overall, I think Canard is a great option for a light brunch with no wait - at least for the time being! I’m also interested to check it out around happy hour (4-5pm & 10-midnight) when those Steam Burgers are only $3 and aperitifs are $5.
Posted by Katie @ Happy Hour Honeys at 11:40 AM