What: Han Oak
Where: 511 NE 24th Ave
Honeys Heart: Everything

Well, it's 2017 and that means this little blog is coming up on 9 years in existence. Yikes. We're old.

If there is one good thing about getting old, it's that we can now afford some classier dining experiences (when is the last time we even wrote about a happy hour?!) - including dinner at Han Oak.

The reservation process is slightly intense (read about it here), but thankfully Kelly, Adam, and I have Doug, planner extraordinaire, who coordinated a dinner reservation for us.

Dinners at Han Oak are $35 per person plus gratuity and whatever drinks and additional plates you have. Doug and I came away from our last hyped-up prix-fixe meal (looking at you, Nodoguro) feeling underwhelmed and still kind of hungry, but that was definitely not our experience at Han Oak. We were so stuffed but also so impressed with the food and drinks. Definitely worth the reservation hassle and the $35. 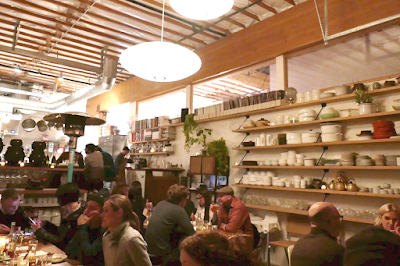 Here's what we had: 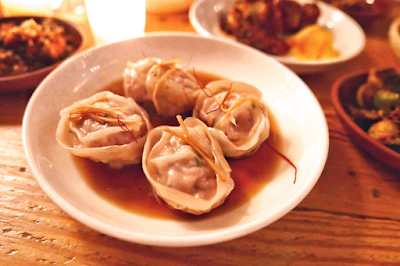 These dumplings are not part of the prix-fixe meal but they are worth the extra cost. Trust me. 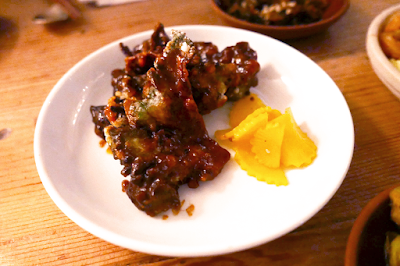 The cauliflower was another delicious add-on, but since there are three other veggie dishes on the prix-fixe menu, you could skip this one, no problem. 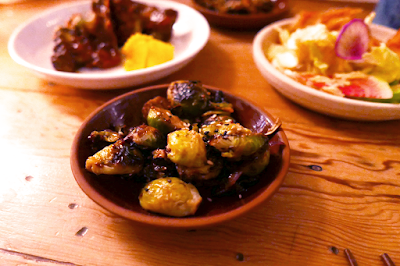 I love sweet potatoes and the sour kick that these had in addition to the natural sweetness made this my favorite veggie plate on the menu. 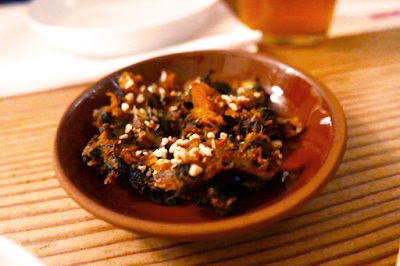 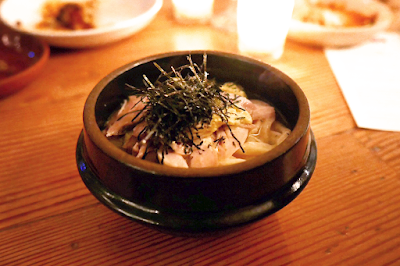 I didn't think this soup was as flavorful as the other dishes served, but the handcut wheat noodles had a great texture. 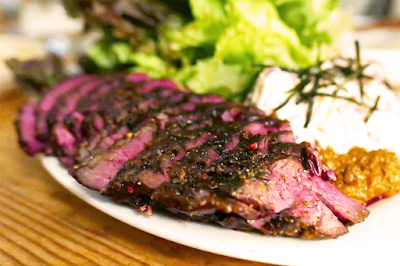 Both main dishes were served with wrappers of sorts (lettuce with the steak and rice noodle sheets with the pork belly) so you could create your own little hand-held bites. Our server encouraged us to experiment and combine ingredients from both main dishes, which was fun and very tasty. 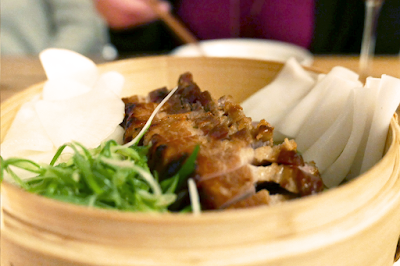 I don't usually like pork belly but even I liked this.

To drink, Kel and I both had The Golden Age ($9), made with saffron soju, cocchi americano, mezcal, satsuma, meyer lemon, and gochujang foam. 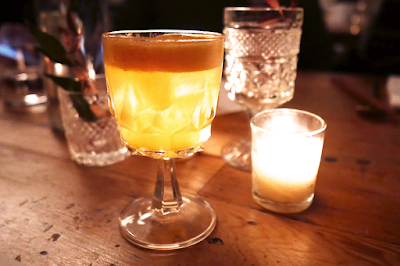 The description sounds a bit ominous (soju AND mezcal), but the resulting drink was actually quite nice and lighter than I expected.

Han Oak also serves brunch and just announced that they will operate as a no-reservations noodle and dumpling house on Sunday and Monday nights from 5-10pm. Pretty sure we'll need to check that out.