I spent a lot of time with my grandparents on NE Fremont as a child, which meant hitting up neighborhood staples like the Alameda Cafe, Staniches, McPeet's, or Perry's (miss the lemon drops so much!). Recently, food destinations like Smallwares; Bang Bang; and Batter, Griddle, and Drinkery are popping up on Fremont and it's a bit of a game changer for the street. 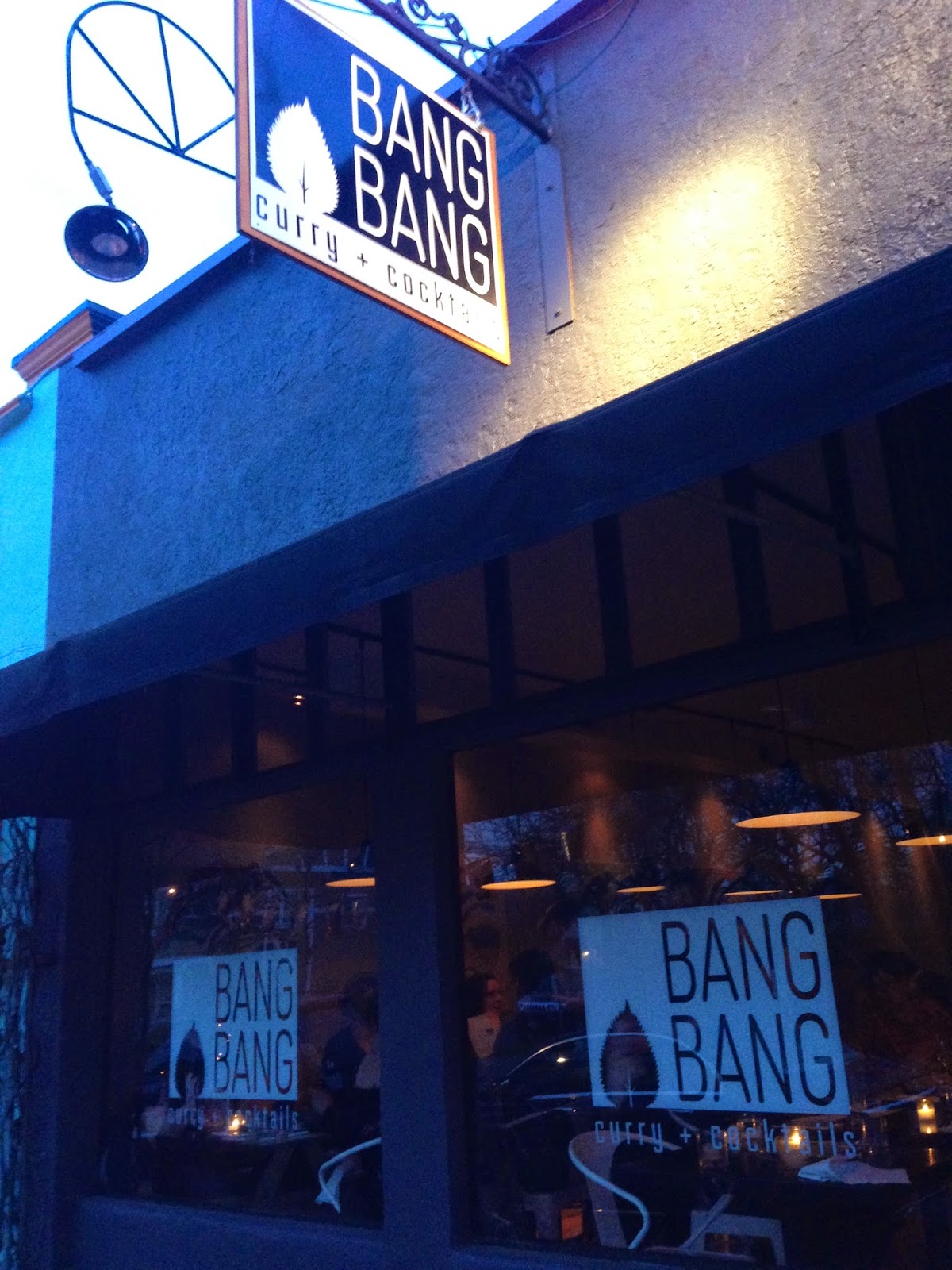 Katie and I made our way to Bang Bang a couple weeks ago. Bang Bang serves Thai drinking food- food that is saturated with flavor, be it spicy, rich, sweet, etc, because it is meant to be enjoyed with drinks that will dilute the flavors. The spot boasts an extensive late night menu after 10pm but our 5pm arrival meant we were much too early to take advantage of it (are we getting old?!). We were the third table seated, but before long there was a couple and their baby sitting next to us, and the remaining tables filled up shortly after. 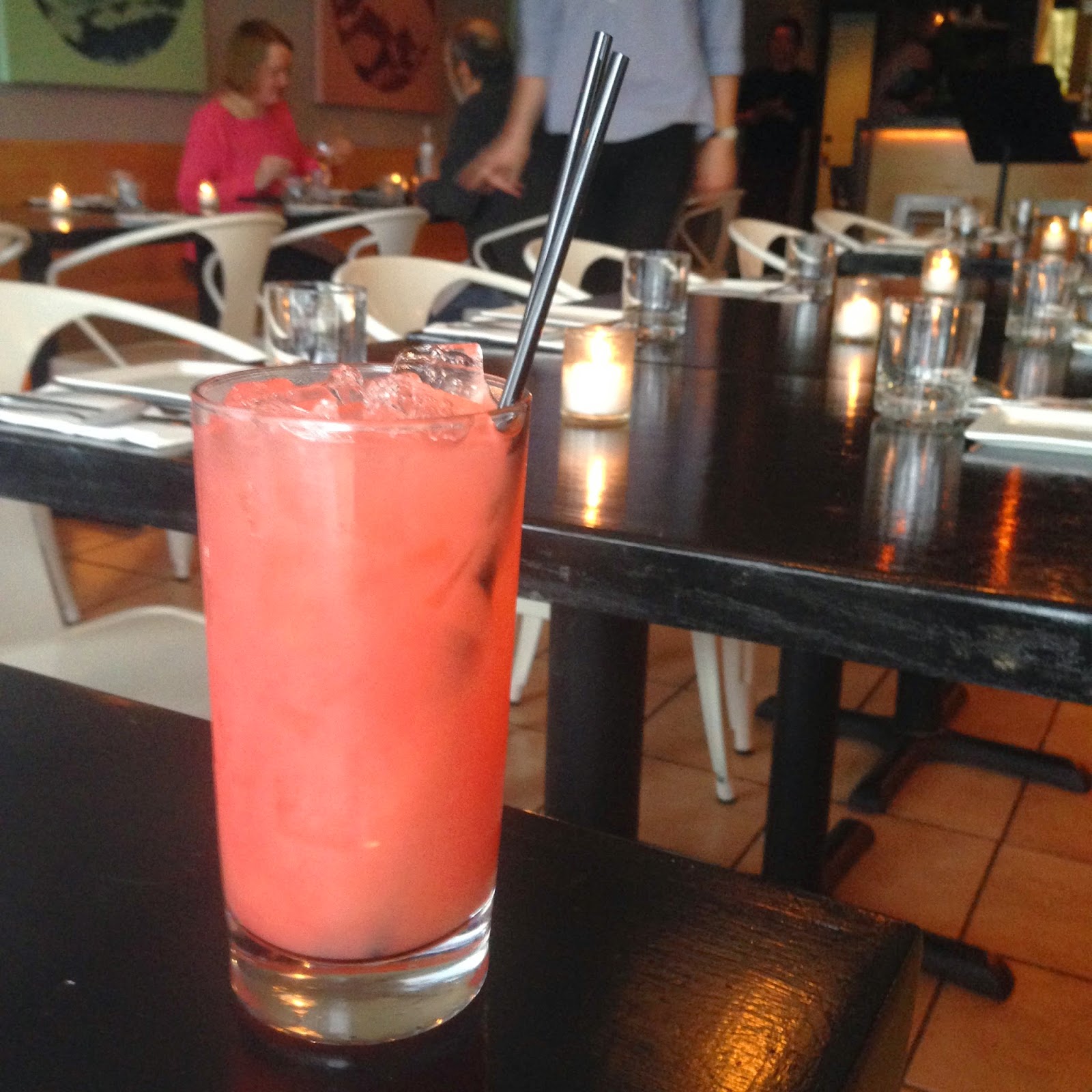 Of course we started with cocktails. I had the Chef's Reward ($8) with Monopolowa, Campari, grapefruit juice, and Jacobsen Sea Salt, while Katie enjoyed a White Negroni ($8) with Aria Gin, Suze, and Cocci Americano. 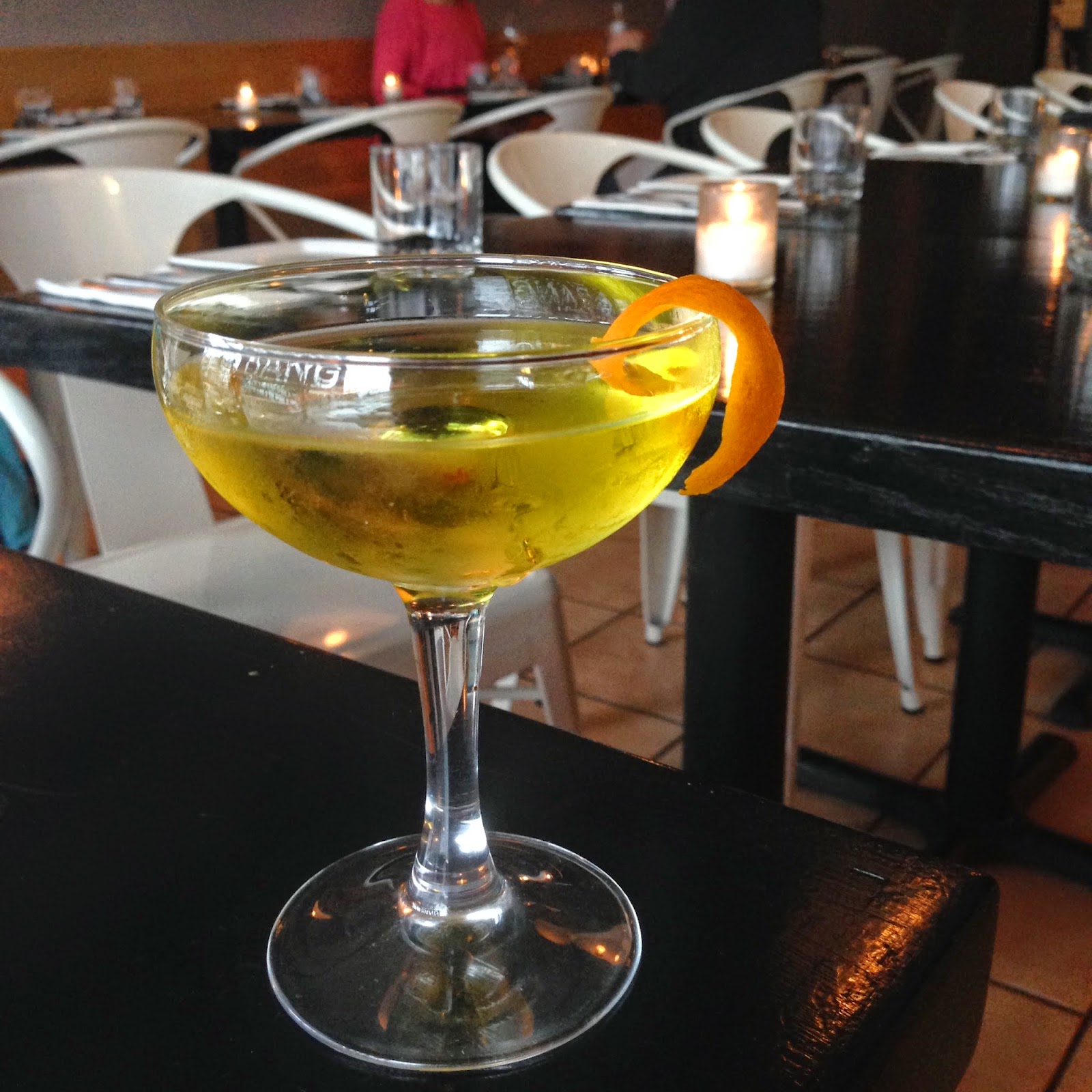 Our waiter recommended three dishes between the two of us, but we opted for one starter and one curry and felt that was a pretty perfect portion. The Green Papaya Salad ($8) had herbs, tamarind, and veggies. The papaya strips were really long and there was a generous amount of dressing, which means Katie and I made a bit of a mess, but both of us were okay with this salad.

For our main dish, we went with our waiters favorite, the Green Curry ($15) with a tea-cured egg, rau ram sausage, pork belly, cilantro, yam, long beans, and coconut rice. I had read reviews of how there were a lot of flavors happening in Bang Bang's dishes- too many, perhaps- and I can totally understand that feeling, but personally, I liked this!

There was a mix up in the kitchen so our curry took a long time and we were offered a dessert on the house, so obviously we ordered another cocktail. We got two Bang Bang Old Fashioned's ($9) which was strong, but good mix of bourbon, house-made cardamom bitters, sugar, and orange peel. Katie and I are doing such a good job drinking bourbon, and finding there are a lot of a cocktails we really like! 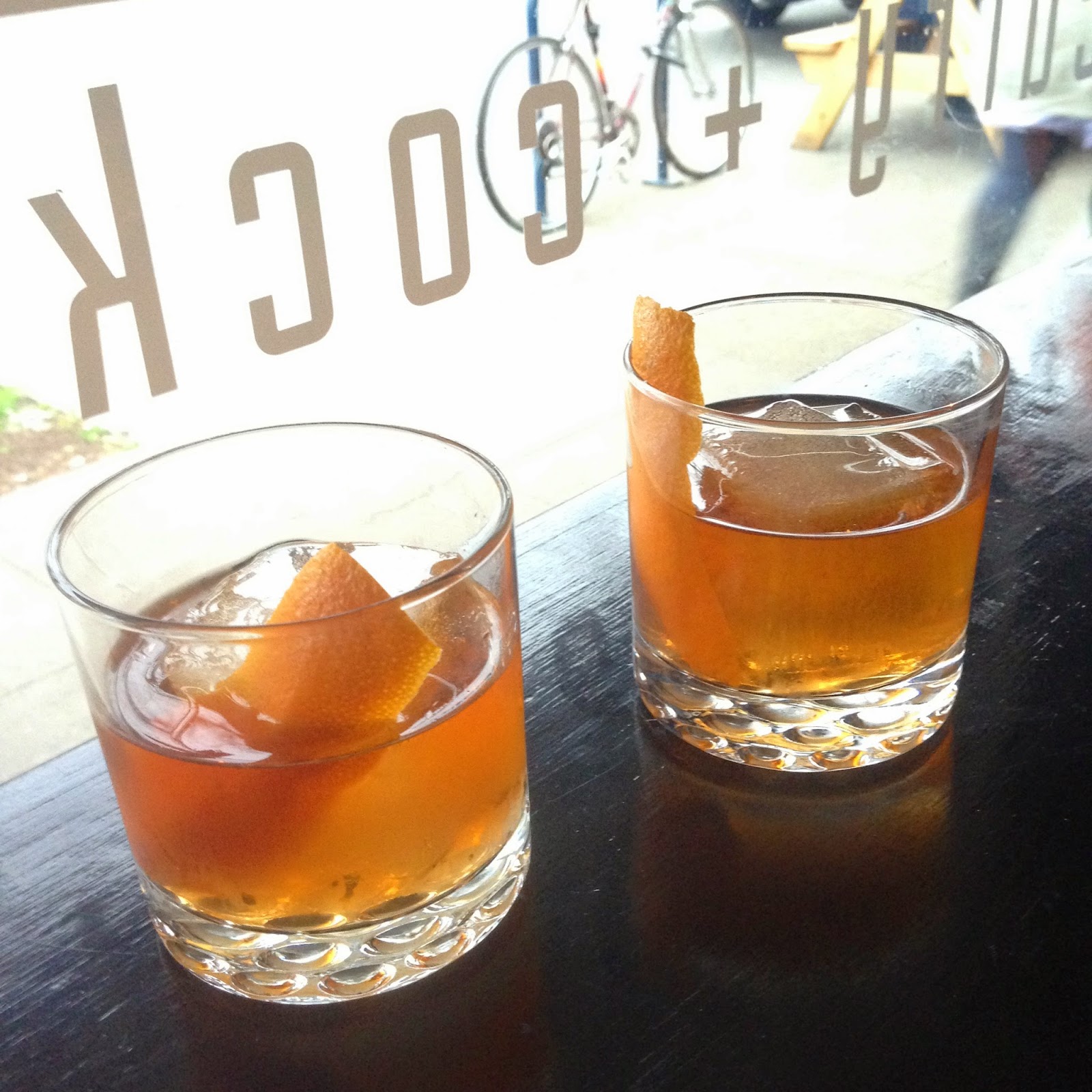 For our complimentary dessert we chose the Thai Tea Cake ($7) which sounded like it would hit the spot with an almond crumble, galangal ice cream, and sweet lime. Unfortunately, the cake was mushy thanks to the Thai tea and the "sweet lime" sauce, which we mostly avoided, had an odd earthy flavor. The ice cream was good, but the overall texture on the plate was just not satisfying. I think if I lived in the NE Fremont neighborhood I might head to Bang Bang more often. Next up on the NE Fremont list is Batter, Griddle, and Drinkery inspired by the late night menu at the Original Hotcake House. The perk: it's a place to not only get your much needed late night waffle fix, but you can get cocktails too!
Posted by Anonymous at 3:37 PM