Before last weekend, Doug and I spent four weekends in a row driving to Seattle. I know. It was a lot of fun, but I have to admit it was so so nice to be back in Portland last weekend. Doug (in true form) took charge of planning our Saturday.

In college, a trip to Sauvie Island meant sunscreen, towels, and a cooler filled with drinks. But as it turns out, Sauvie Island actually has a lot more to offer than just a nasty, if not convenient, beach. 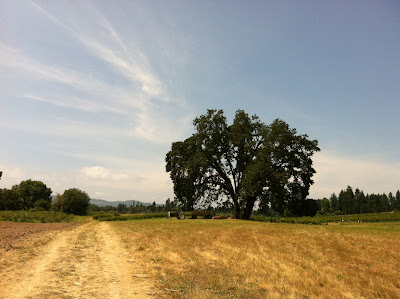 During the summer, Kruger Farm opens its berry fields to the public. You pay by the pint, but let's just say nobody's watching to see how many berries go in your mouth versus in your basket.

Doug and I spent a good couple of hours picking lots and lots of blueberries and raspberries. Fresh berries = heaven. For real. 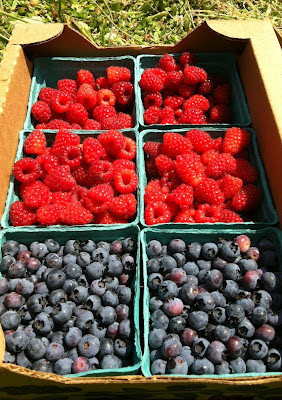 I think the only thing that kept us from filling up our entire pallet was the heat. Good thing Kruger Farm is also home to one of my favorite local breweries: Captured by Porches.

What: Captured by Porches
Where: Kruger Farm, D Street Noshery, and St. Johns
Honeys Heart: beer from a bus- and it's good!

We first discovered Captured by Porches back when they used to park on Alberta and were immediately smitten. Not only is the "beer out of a bus" schtick pretty awesome, their beer is also really good. 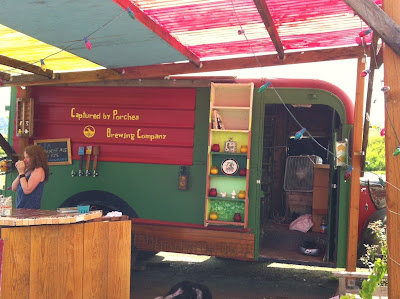 Last weekend, they were serving a rye (forget which one) and their Apricot Blonde. 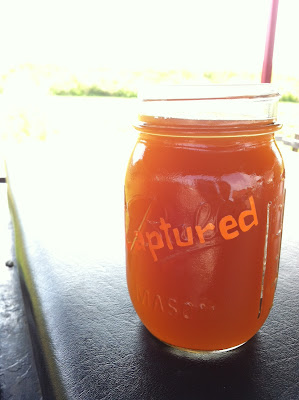 Love that apricot- so refreshing!

For dinner, Doug choose Grain & Gristle, which we've been wanting to try. An added bonus: it's right next to Pok Pok Noi, so if nothing on G & G's menu sparked our fancy, we could head next door for wings. Woot!

We started things off with some drinks. Doug ordered a beer and I tried the Home Invasion, a cocktial made with vodka, iced tea, lime, and elderflower. It was basically a jazzed up spiked iced tea and I loved it. Perfectly refreshing. Might have to try to replicate this one at home! 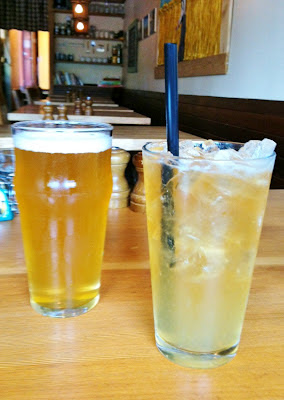 We also shared an order of Mussel Frites ($10), which really hit the spot. 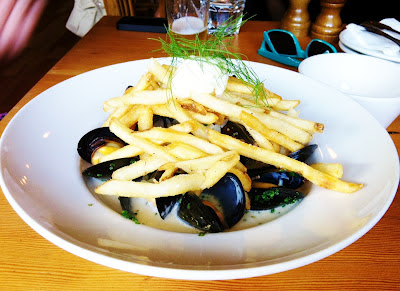 As we were leaving, we noticed that G & G does a $25 two-fer meal each night where you get two beers and two entrees for $25. Will need to try that sometime for sure!

And then we went next store and had wings because they were SO CLOSE we just couldn't not get them. Ya know? A good decision on our part I think.
Posted by Katie @ Happy Hour Honeys at 3:46 PM