After a nice little holiday season hiatus, we finally managed to get together for another SALEP meeting (despite #snowpolcalypse keeping half of our members at home). Doug was in charge this time around and chose a topic near and dear to his heart: beer cocktails!

Beer Cocktail: A libation made by mixing beer with another beverage 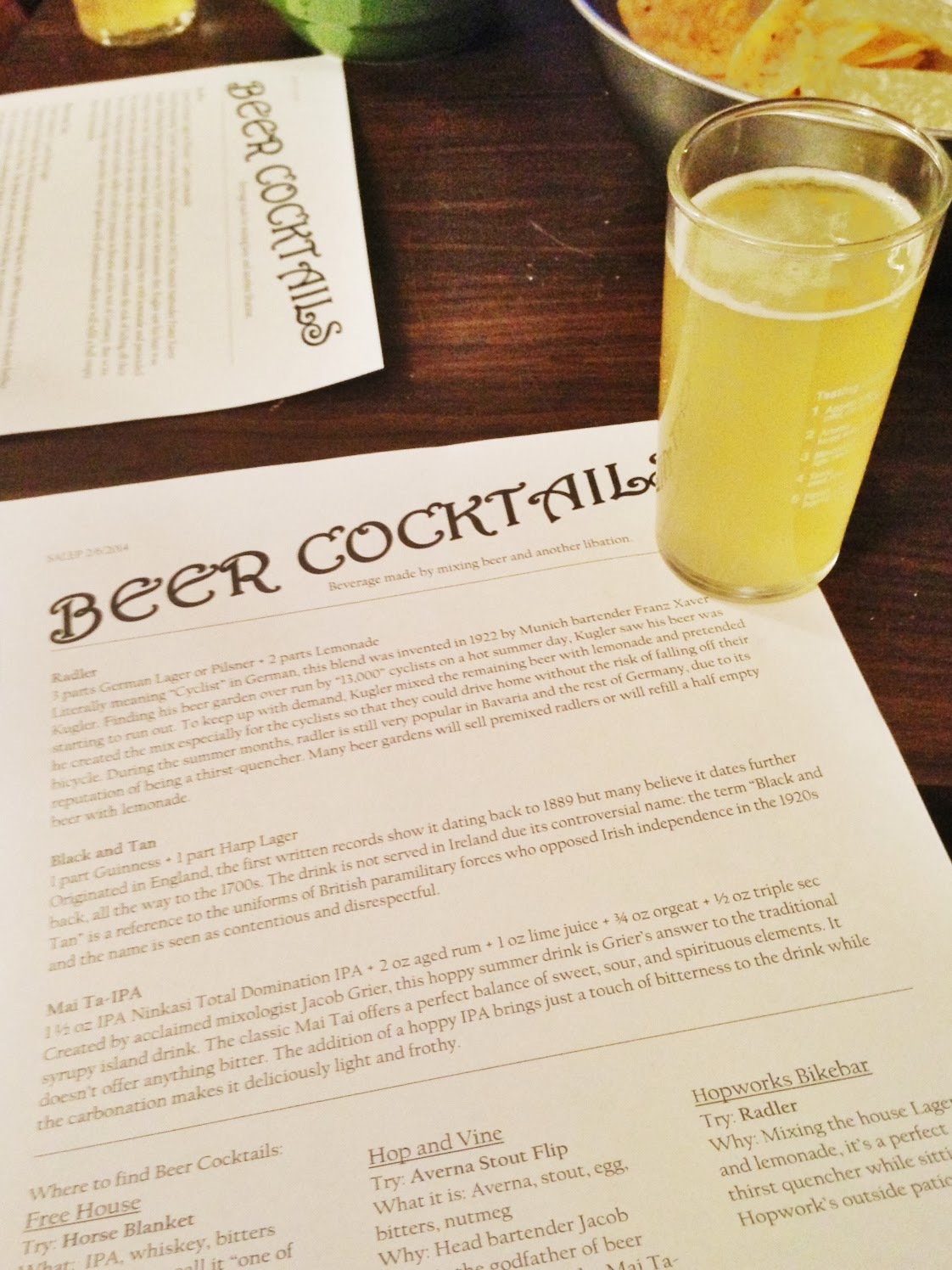 Example: Radler
3 parts German Lager or Pilsner + 2 parts Lemonade
Literally meaning “cyclist” in German, this blend was invented in 1922 by Munich bartender Franz Xaver Kugler. Finding his beer garden over run by “13,000” cyclists on a hot summer day, Kugler saw his beer was starting to run out. To keep up with demand, Kugler mixed the remaining beer with lemonade and pretended he created the mix especially for the cyclists so that they could drive home without the risk of falling off their bicycle. During the summer months, radler is still very popular in Bavaria and the rest of Germany, due to its reputation of being a thirst-quencher. Many beer gardens will sell premixed radlers or will refill a half empty beer with lemonade. 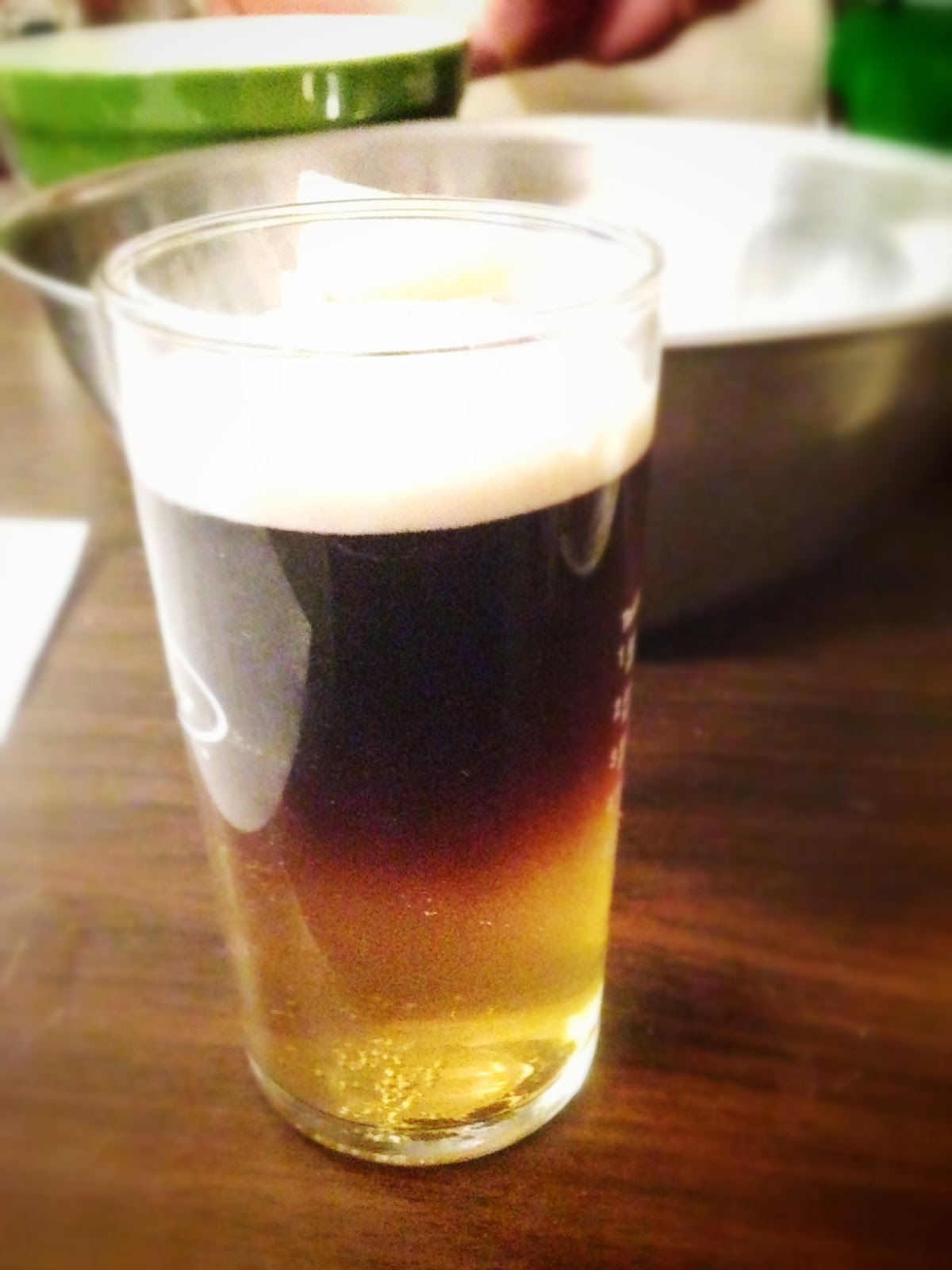 Example: Black and Tan
1 part Guinness + 1 part Harp Lager
Originated in England, the first written records show Black and Tans dating back to 1889, but many believe they date further back, all the way to the 1700s. The drink is not served in Ireland due its controversial name: the term “Black and Tan” is a reference to the uniforms of British paramilitary forces who opposed Irish independence in the 1920s and the name is seen as contentious and disrespectful. 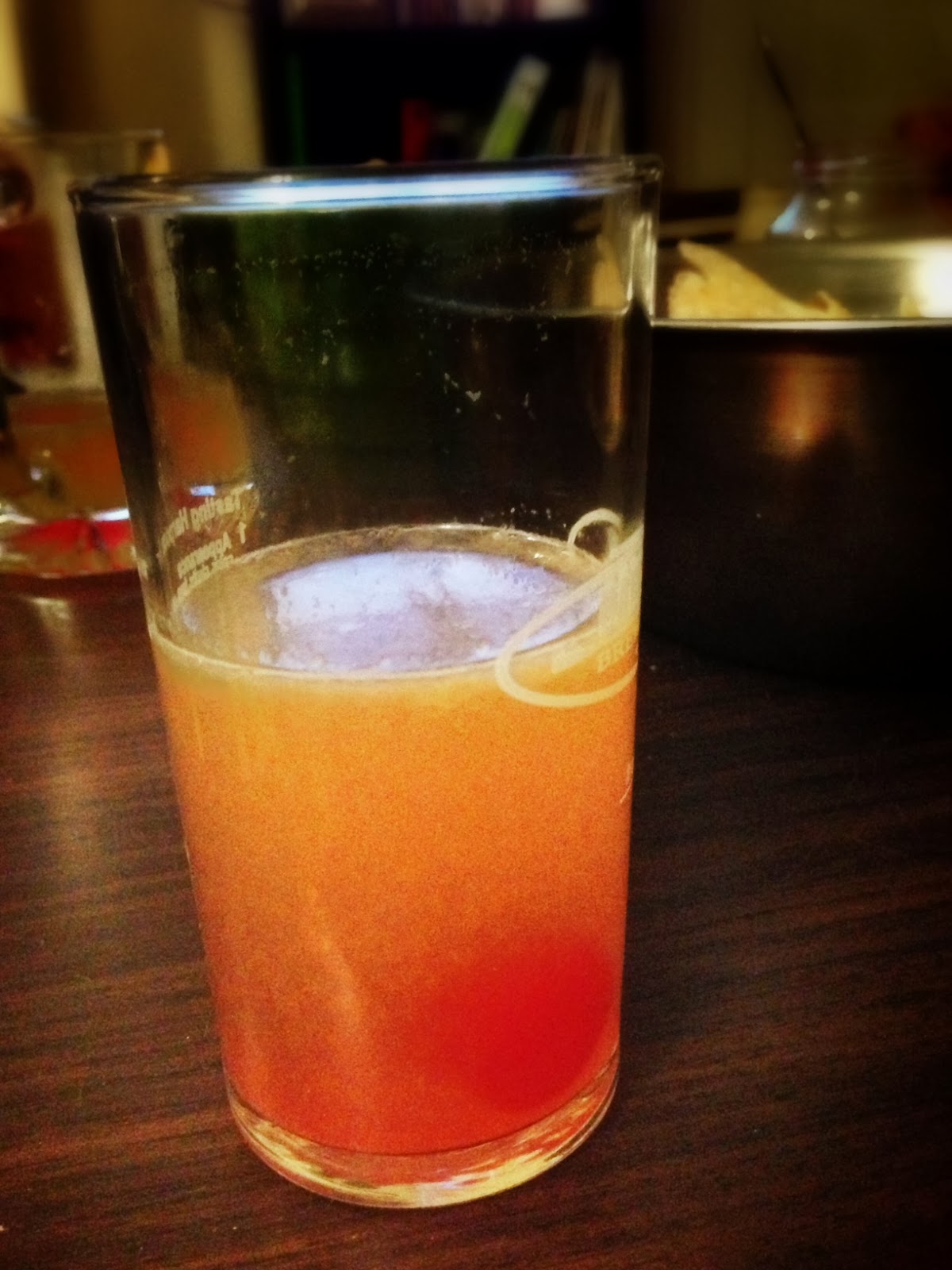 
Where to Find Beer Cocktails in Portland:

Free House
Try: Horse Blanket
What: IPA, whiskey, bitters
Why: Some may call it “one of the top five cocktails in Portland” (Quote: Doug Franz)

Hopworks Bikebar
Try: Radler
What: See above
Why: Mixing the house Lager and lemonade, it’s a perfect thirst quencher while sitting on Hopwork’s
outside patio.

Your Local McMenamins
Try: Rubinator
What: Terminator Stout + Ruby
Why: If you have to be at a McMenamins, might as well make the best of it. McMenamins' chocolatey stout with its raspberry ale is a winning combo every time (especially when paired with Cajun tots).