What: Cupcake Charlie's
Where: Plymouth Waterfront

So maybe you've heard of a show called Cupcake Wars? I've only seen it once but I'm pretty sure my mom and sister have seen every episode, which makes sense because a) Food Network is on all the time at my house and b) they are both obsessed with cupcakes.

When my family was planning their trip to Boston, we decided that it would be fun to go to Plymouth, MA for a day. I was doing some research about the town while talking to my mom on the phone when I happened to mention that there was a bakery called Cupcake Charlie's in Plymouth. "CUPCAKE CHARLIE'S!!! They were on Cupcake Wars!" And so obviously we had to go...and Shannon and Anna came along for the fun. 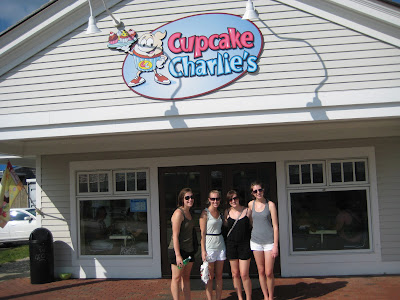 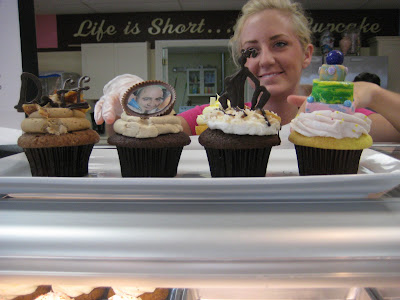 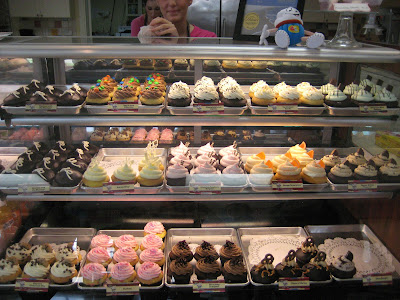 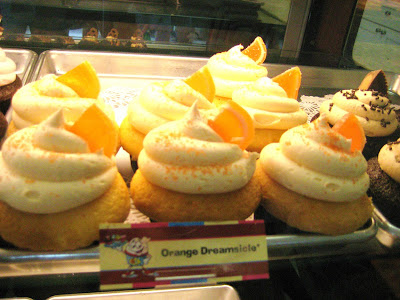 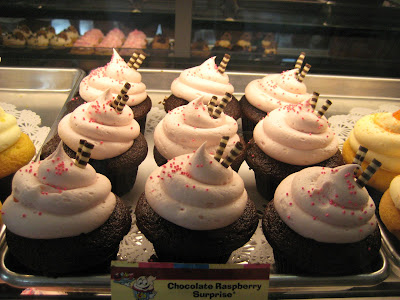 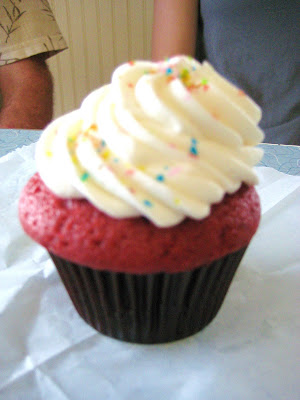 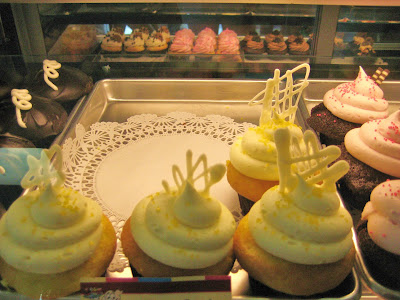 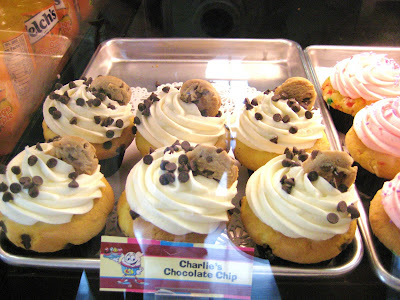 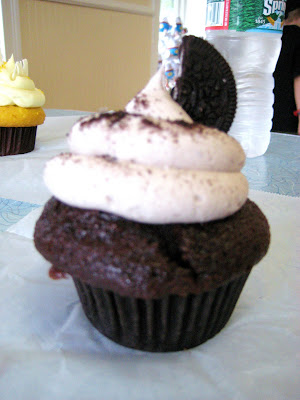 
I was pleasantly surprised that Cupcake Charlie's had so many choices and everyone seemed to enjoy their selections...except for me. I was lured into ordering Grammy's Carrot Cake (not pictured here) due to the name as we called my grandmother Grammy and I thought it was cute. The cute name, however, prevented me from conducting a close inspection of the cupcakes in the display case, which meant that I did not notice that there was coconut sprinkled all over the cupcake's cream cheese frosting. I absolutely despise coconut, so the fact that Grammy's was full of the stuff made it nearly inedible for me.
I sampled everyone else's cupcakes though, and can happily report that Charlie's Cupcakes are, unlike some other cupcakes I've had (ahem, Sprinkles in Palo Alto), moist and delicious and I would certainly not be opposed to another stop at Charlie's if I'm ever in Plymouth again. 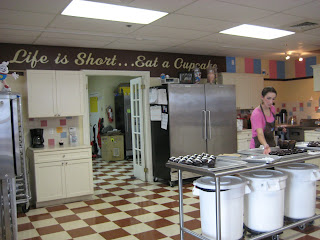