Happy 2nd Birthday to Us!

On Aug 8th, Happy Hour Honeys turned 2 years old...and we inadvertently celebrated our blog's birthday a day early by hitting up one of our favorite spots in Portland, Elephants Delicatessen.

And with bartenders Steve and Kelly's help, celebrate we did... 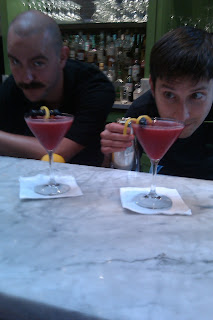 Before we continue, you should know that we were at Elephants for like 4 hours...which justifies all the drinks we had...right? 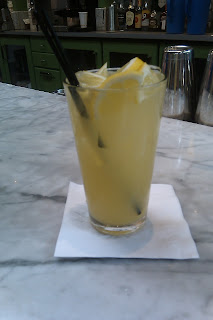 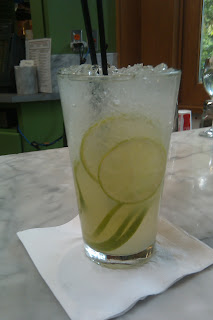 Round 1. Delicious. The one on the left was spicy and sweet. The one on the right involved limes... (Here we should probably also mention that we didn't really take notes about what we were drinking...sorry.) 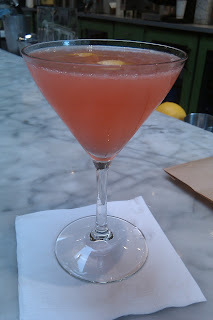 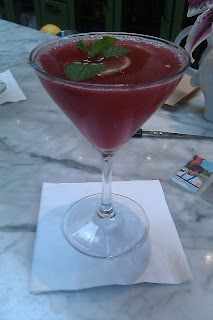 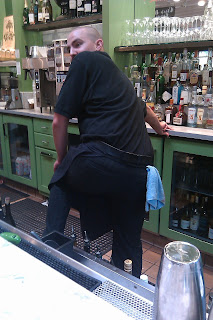 At this point, the woman sitting next to us at the Elephants bar informed us that Bartender Kelly has a nice tush. We made him prove it. He did, willingly. 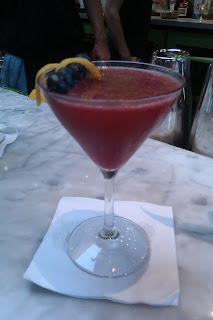 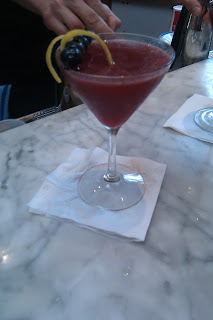 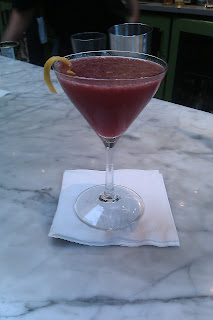 Round 3. And one more berry/honey creation for each of us. We decided that this drink should be named after us. Steve (or maybe it was Kelly) suggested "The Kellkat." 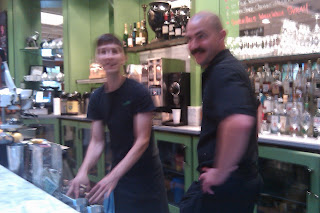 When Kelly took this she definitely thought it was not blurry...whoops. 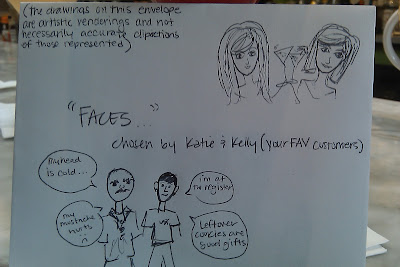 During our stay at Elephants, we were given the task of looking through magazines and newspapers to find "faces" of people to motivate Kelly and Steve. We did. Then we put them in this envelope and covered it with these beautiful representations of  the four of us. And also quotes. 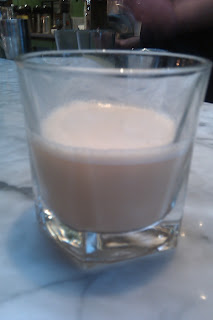 So as if we weren't tipsy enough, we asked for shots. Kelly made a "Hot Load" and yes, inappropriate conversation ensued.... 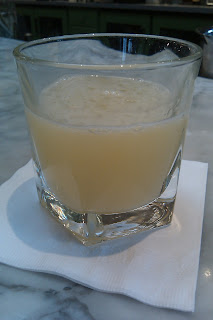 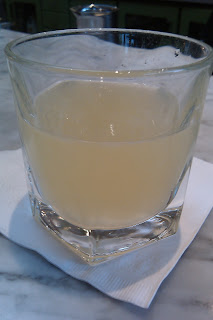 We were not pleased so we asked for another...we got these. DELICIOUS. 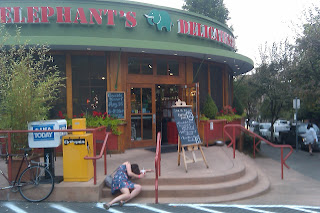 Before we left, we felt the need to demonstrate the effect of imbibing so many of Elephants' excellent drinks. A woman walking by was quite disturbed. We thought it was cute...Seconds after taking this, Kelly and Steve chased poor Katie with a broom and spray bottle. Lesson learned, never pass out on the steps of Elephants. 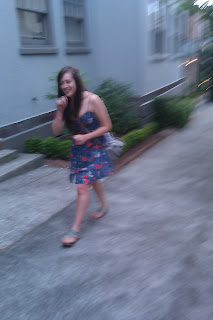 Definitely thought we were funny. Also, another example of Kelly's superb photography skills. 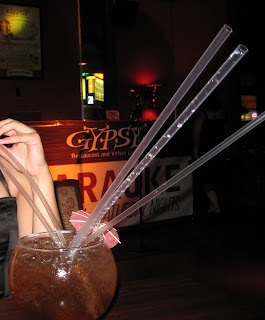 Then we went home, ate tasty homemade gyros, changed, and headed to Gypsy to share a bowl drink.
Don't worry. We couldn't finish it. We actually couldn't even start it (it was that bad). So we gave it away and headed elsewhere... 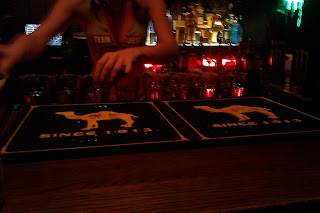 to do tequila shots.