Although it might not seem like it, Nick and I actually spent quite a lot of time on the ship as we had to be back on board by at least 6pm everyday. We also spent 2 days "at sea," meaning that we stayed on board the whole day as the ship sailed to our next destination.

In case I didn't mention it before, we sailed on Princess Cruises' Ruby Princess. 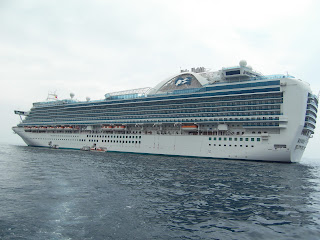 Princess definitely targets an older crowd. There were way less families with kids than were on Disney and Royal Caribbean and there was definitely no waiters dancing on tables in the dining room like on Carnival. That being said, we had a great time on board.

Here's my top 6 activities/people/places from our cruise:

6) Movies Under the Stars- The Ruby Princess has a huge movie screen on the top deck by one of the pools and they show movies there in the afternoon and at night. Nick and I probably chose the windiest and coldest night to actually do this...but the flannel blankets and the warm chocolate cookies delivered recliner-side definitely helped the situation.

5) Hutch, the port lecturer- Ok, so he was a huge jerk when we actually talked to him, but the ship played his lectures on every port on TV the day before we would dock, and they were super helpful.

4) The endless pool- This was more of Nick's favorite, but I'll admit it was pretty fun. For like 2 minutes. 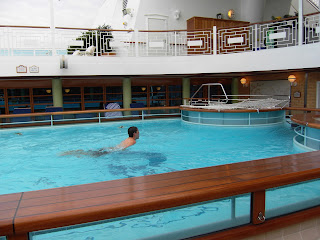 3) Ballroom dance lessons- Yes, Nick and I can now Rumba, Cha-Cha and Waltz (sort of). 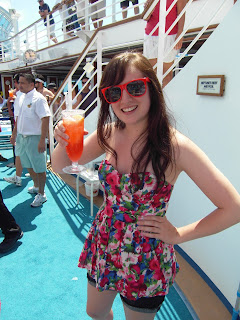 1) The International Cafe- It's almost embarrassing how often Nick and I stopped by this little dessert cafe, but hey, it was right near our stateroom and if you had the peanut butter cup (peanut butter mousse topped with chocolate mousse with a dollop of fresh whipped cream) you would have been there everyday too. 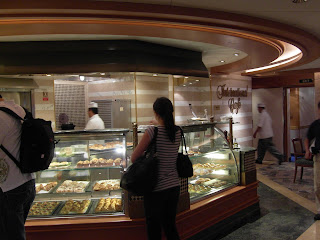 And now a few more pictures: 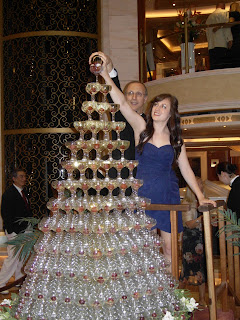 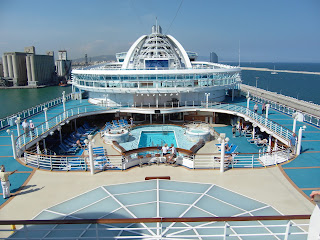 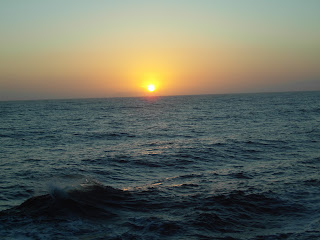 View from our stateroom window 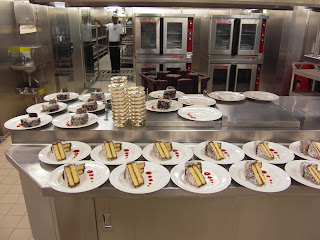 One of the ship's many galleys 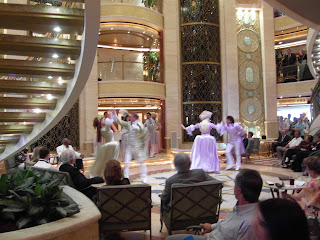 Performance in "The Piazza" 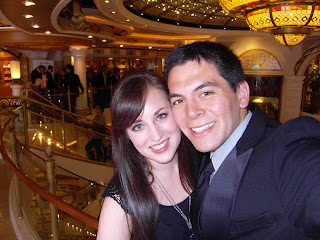 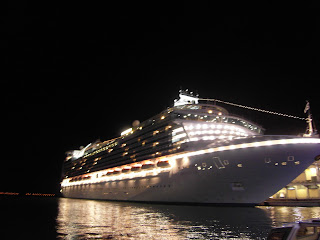 The ship docked in Venice
Coming up next: sticky Turkish ice cream in Istanbul
Posted by Kelly at 8:19 PM