Portland has quite a few growler stations (Tin Bucket is Doug's and my usual pick) with even Fred Meyer getting in on the act and adding growler stations at its Burlingame, Hawthorne and Hollywood locations.

However, what Portland didn't have until very recently was a dedicated, single-purpose growler fill station, a niche which has now been claimed by Growlers Hawthorne.

Just opened and offering 40 rotating taps, Growlers Hawthorne is unusual in that the store offers no on-premise consumption aside from tastings. This allows the store to bypass a lot of those pesky full on-premise liquor license laws (must serve food, etc), resulting in relatively competitive pricing starting at $10 for a 64oz growler fill. 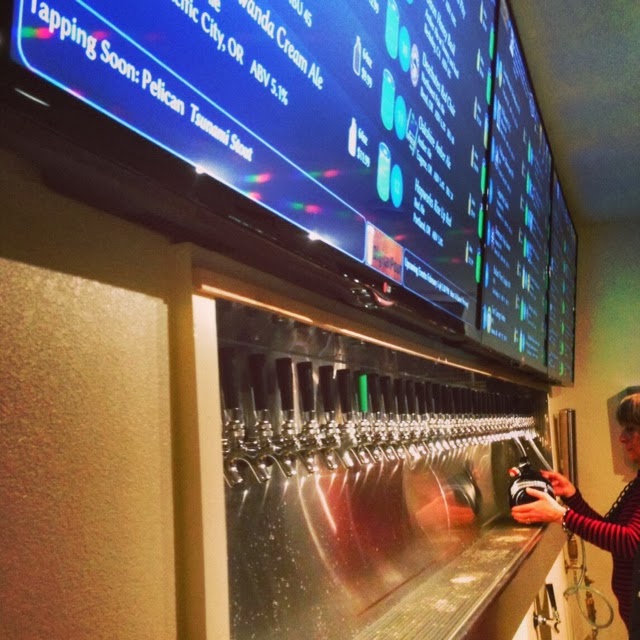 When Doug and I popped in for opening night this past Tuesday, Fort George was hosting a "Meet the Brewers" night and doling out samples of their canned Vortex and Java beers. Growlers Hawthorne owner Jim Hillman told me that he plans to hold these nights often. In fact, in honor of the store's opening week, Oakshire Brewing will be stopping by on Thursday Feb 6, Firestone Walker on Friday Feb 7, and Pelican Pub & Brewery on Feb 8. 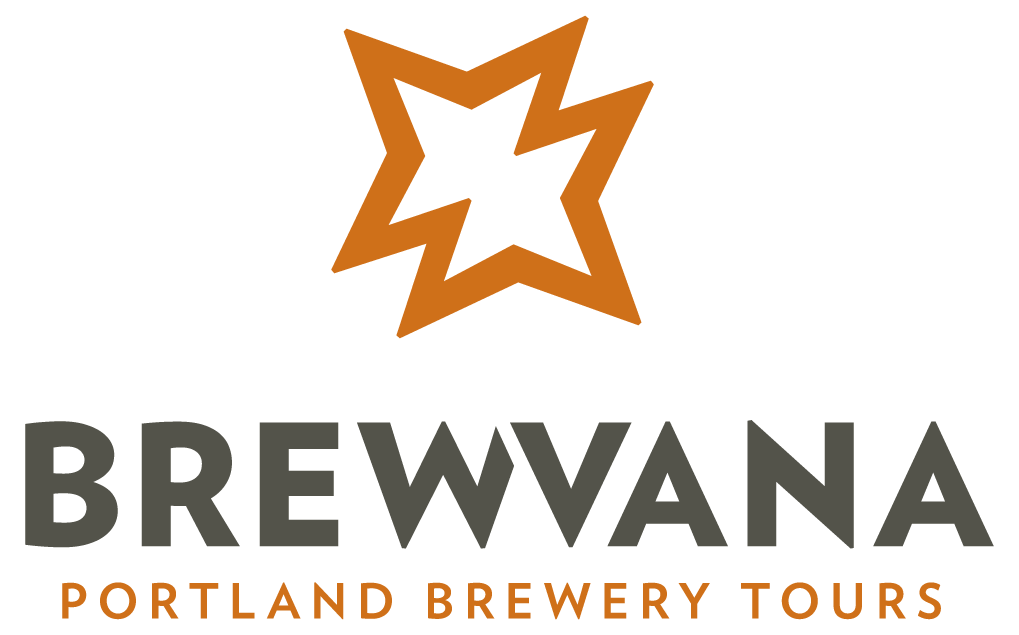 We also happened to run into the lovely Ashley from Brewvana brewery tours. I interviewed Ashley a year or so ago for About Face and it's been so fun to watch her business grow. Doug and I have yet to actually make it on a tour (soon though!), but we're pretty pumped that Brewvana is working with Zwickelmania to provide transportation for the weekend.

What's Zwickelmania you ask? Why, it's a free event that offers beer lovers the opportunity to tour various Oregon breweries, meet the brewers, and sample their favorite beers. This year's Zwickelmania will take place Saturday, Feb. 15 from 11am to 4pm. Check out participating breweries and bus schedules at OregonCraftBeer.org/events/zwickelmania.

P.S. You guys, I did a bit of research about the OLCC's different types of liquor licenses to fact check my liquor law reference above (responsible journalism, yo), and their manual for newly licensed businesses is actually a pretty interesting read. Check it out here.