A few weekends ago, Doug and Joe decided to host a pumpkin beer tasting at our apartment. Being the over-achievers that they are, they managed to wrangle up 10 different pumpkin beers for us to try. Allie, Allison, and Anna chipped in too! 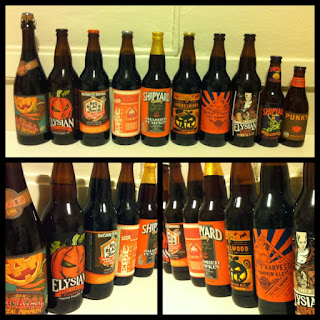 The six of us sampled the beers one-at-a-time, individually giving each a rating of 1 to 5 with 5 being "pumpkin deliciousness all over my mouth" and 1 being "I can't drink this even though I know it's alcohol".

From most delicious to least, here are our combined results! 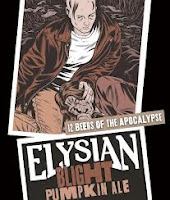 Part of Elysian's 12 Beers of the Apocalypse series, this pumpkin ale earned the top spot thanks to its flavor combination of pumpkin, brown sugar, and cinnamon. Would work all the way through the holiday season really.

More pumpkin forward than the Blight, Elysian's Great Pumpkin came in 2nd place. Elysian makes this ale by putting roasted pumpkin seeds in the mash and adding pumpkin to the mash, kettle, and fermenter. Think "pumpkin pie" and that's the flavor of this strong beer. 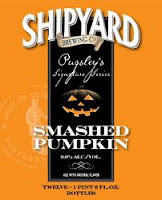 A special edition pumpkin ale from Shipyard that we didn't think was quite as good as the regular seasonal Pumpkinhead. 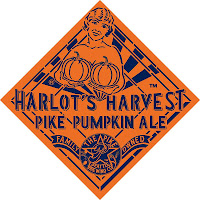 Organic pumpkin puree and brown sugar were used to create this dark ale. Plus, as Doug pointed out, the label is pretty entertaining. 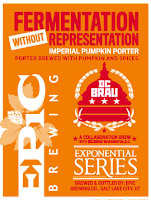 This beer was my favorite and Doug's second favorite so I'm sad to see it so far down on our group's list. It has chocolaty porterness with easily recognizable, but not overpowering, pumpkin flavors. A great balance of the two. Definitely recommend giving this one a shot! 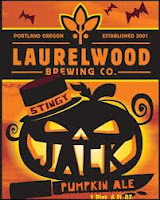 Most of us were not huge fans of this amber ale, but I liked it. Made with a roasted whole pumpkin and pumpkin puree. Doug says he thought this was a little harsh but would likely age to be more mellow. 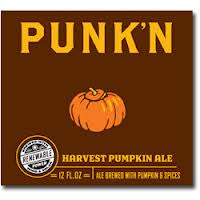 This beer got a collective "no thanks" from the group. Too sweet with its vanilla and honey overload. We still have 4 bottles of this in the fridge and Doug won't even touch it (which says a lot!). 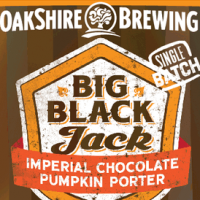 Chocolate + stout = very little room for any pumpkin flavor. A good stout on its own but didn't pass the pumpkin beer test. 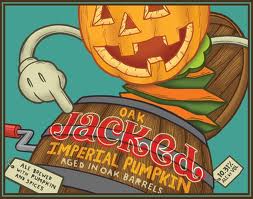 The beer left over when all the others were gone? This one. Props to Uinta for being the only oak-aged pumpkin beer we found, but really, this stuff is no good.

Disagree with our results? Have a pumpkin beer that you love? Let us know in the comments!
Posted by Katie @ Happy Hour Honeys at 1:54 PM