Katie and I have both hit up Shift Drinks a number of times since it opened last May and it's become a bit of a favorite for us, but somehow we're only getting around to writing about it now... typical.

Shift Drinks was opened by sommelier Anthony Garcia and bartender Alise Moffatt, who met while working at Multnomah Whiskey Library. The name comes from the popular service industry practice of providing staff with a complimentary "shift drink" at the end of their work day. In this case, the drinks are for everyone and you do have to pay for yours- but the idea is that this is a great place to drop into for a drink or two with friends after work.

The drink menu focuses on cocktails and wine by glass but there's beer on tap plus cider and sake too. Cocktails run from $8-12 and glasses of wine are $7-14. The options change frequently, but we've always been more than satisfied with our cocktail and wine selections. We especially appreciate that they're not above labeling some of their wines as "cheap." We'll take 'em!

The food menu also changes seasonally but there's always a great selection of salads and paninis, though you'll see below that we usually tend toward one of the four bruschetta options. Originally, all the food was $8, which was a crazy-good deal since it was all delicious and the portions are generous. Shift Drinks has since wizened up and food prices now range from $8-10, but that's still a very good price point for what you get. 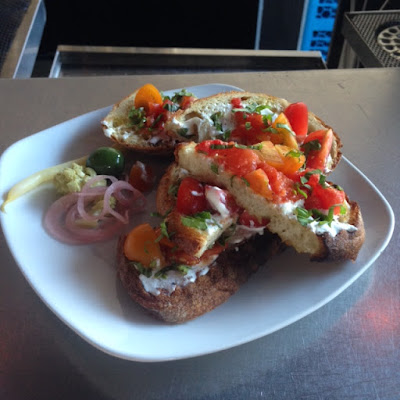 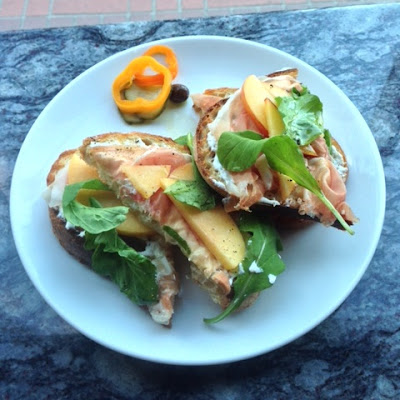 Come to think of it, it's been more than a few weeks since our last visit. Probably time to check out their fall menu!
Posted by Anonymous at 3:48 PM