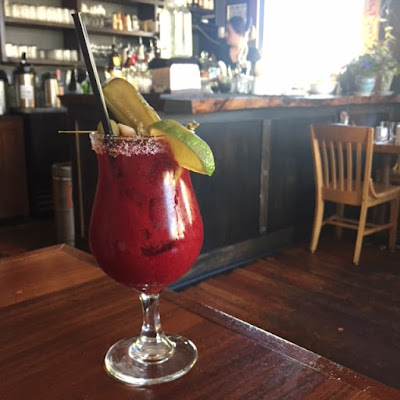 I am very proud of Doug in that he has finally given up his dream of moving to Seattle and has very much embraced being a Portlander (I am the BEST, MOST supportive wife).

However, there is one vital part of the quintessiantal Portland hipster lifestyle that he refuses to get on board with: brunch.

I know! It is appalling.

His argument against going to brunch is that he can make just as good of food at home (probably true) and he doesn't have to wait hours for it (definitely true).

I haven't had the heart to tell him that a big part of the brunch appeal is the drinking part, which just doesn't feel as acceptable at 9am in your own home as it does when you're at an adorable restaurant, but I'm sure he'll figure it out someday.

That said, I somehow conned him into brunch twice in the month of October. Bahahaha.

The two of us stopped by my favorite brunch spot, Sweedeedee, where I very mistakenly veered from my usual order (BLT or whatever version is on the menu that day) in favor of the Sweedeedee breakfast plate. We are now required to return soon so I can rectify my mistake (even though the plate was mostly good).

Our second brunch outing was with Kel at Trinket, a small spot in SE that I found via Eater's brunch map.

We kicked things off with cocktails (obviously). Doug had the Bloody Mary which was very good and Kel and I had the Rosé Spritz which was not. 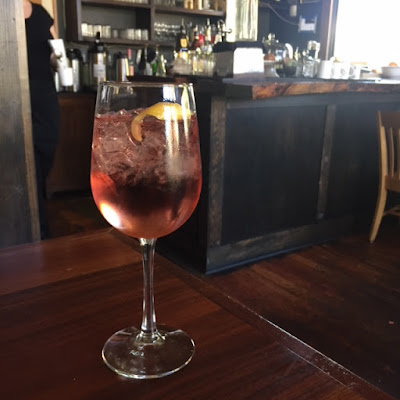 To eat, Doug tried the Duck Egg Breakfast Sandwich and a side of Grits which he enjoyed. 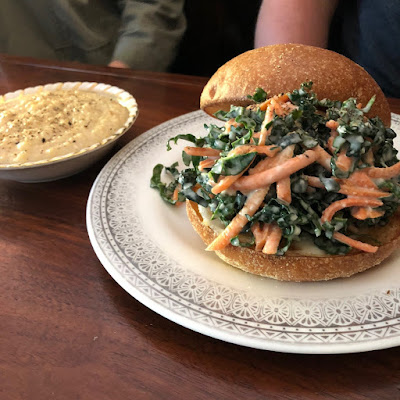 Kel and I split the Huevos al Pastor with pineapple-braised pork, corn tortillas, fried eggs, and avocado and the Hash of the Day. 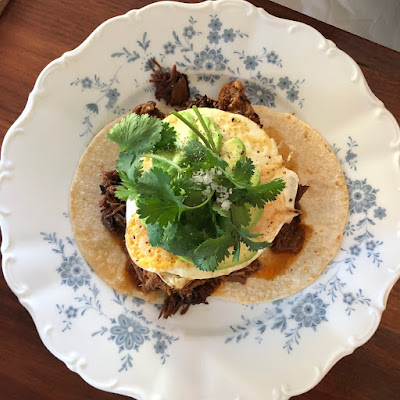 My morning brain had not registered that I was ordering Huevos al Pastor, not Huevos Rancheros (my usual brunch choice), but it was nice to switch things up with some pulled pork. The hash was tasty if not overly memorable. 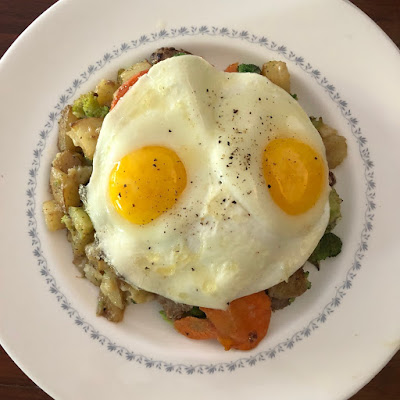 Probably the best thing about Trinket was that we got the cute brunch vibe we were going for without any wait at all. This could have been because we didn't get there until 2pm... but we'll take it. (And seriously don't get Doug started about whether or not that means we were at brunch or lunch. Spoiler alert, he would say we were at lunch. So much less fun!)

I think if Trinket were closer to us, it would be a great, reliable brunch option but I can't say that it warrants the 30-minute drive there for us. If you're closer though, you should definitely check it out!