Our resident beer expert, Doug (aka Katie's husband) is once again sharing his picks and pans for this year's Holiday Ale Fest. Cheers!


There is literally nothing that gets me into more of a cheerful spirit than the Holiday Ale Festival. The smell of chestnuts, seasonal ales, the random crowd ‘woos’ - it's what I look forward to most when December rolls around. 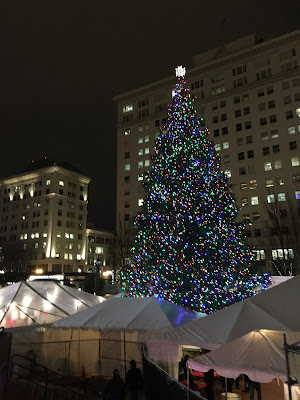 Deschutes Ginger Cookie Imperial Porter – Usually the festival is full of beers with really promising ideas and descriptions that don’t live up to their potential when actually tasted. This beer is exactly what it says: a porter that tastes like a ginger cookie. Cookie in a glass. Yes please.

Fort George All Seeing Eye – Similar to the Deschutes Ginger Cookie, this tastes like a pie in a glass and smells like fresh-roasted apples. It also is very sneaky in its 12% ABV, as we didn’t realize this until consulting the program later in the night.

Fremont Brewing S’mores Bonfire Ale – Katie and I love Fremont Brewing, especially its beer fresh from the tasting room in north Seattle- and this beer did not disappoint. It's infused with Theo Chocolate, graham crackers, and marshmallows, the latter you can really smell during the taste.

No-Li #WhiteRazzMocha – Okay, I’ll never fault a beer for a dumb name (hashtagging a name is silly), but this beer is way too sweet. It's possible that if you’re into syrupy malty beers, this one is for you. But it's not balanced and we weren’t pleased.

Lagunitas Barrel Aged Imperial Pils with Ginger and Quenepa – This one was… strange. I get that it was supposed to be ‘sake-like’, but I found it just odd.

But, don’t take my word for it. Go out and grab some tastes yourself this weekend! Have a happy Holidays! 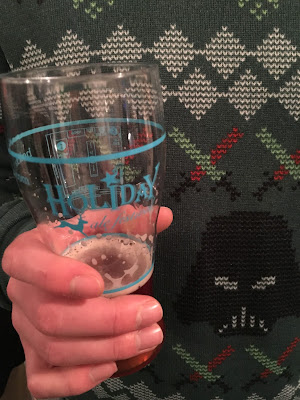