Like any sane person, I love tacos. Luckily here in Portland, we have quite the selection of taco joints. Off the top of my head, I can think of:

1) Por Que No?- greatest of all Portland taquerias
2) Taqueria Santa Cruz & 3) Rose City Taqueria- our prefered taquerias in St. Johns
4) Uno Mas Taquiza- our prefered taqueria when we lived in NW
5) Mi Mero Mole- guisado tacos (and an owner with attitude!)
6) Cruzroom- fusion tacos that aren't as great as they used to be
7) La Taq- Tex-mex tacos (and queso!) that my mom and sister love
8) Stella Taco- we gave them a poor review and now we're not invited to LGP blogger previews
9) Portland Mercado- taco food trucks!

And that's just the tip of the iceburg. All this is to say, do we really need another taco place? Even if it is from Nate Tilden? 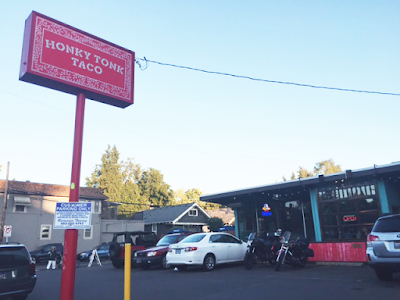 Doug and I decided we should investigate for ourselves, especially since Honky Tonk is billing itself as serving "deliciously inauthentic", Austin-style tacos and we needed to know what that meant. 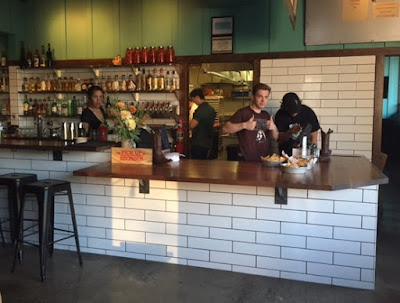 From the looks of the current menu, that means basically nothing since the majority of tacos offered seem pretty basic. You've got your carnitas, chicken tinga, al pastor, lengua, mushroom, and camarones plus one taco that I guess would fall into the "inauthentic"/tex-mex category: carne de res (brisket). 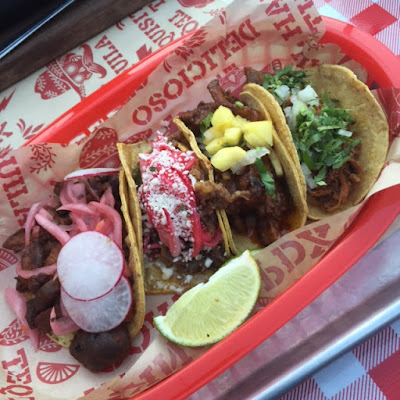 The brisket, al pastor, and carnitas were all quite tasty but those hongos, man. Someone had a very heavy hand when they were seasoning the sauce and I won't be ordering those again.

We also tried the queso fundido ($9), which was just okay. It's hard to go wrong with melted cheese but this version solidified fairly quickly and that kind of takes away some of the fun. 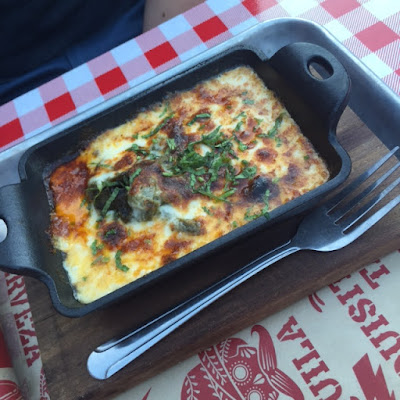 To drink, Doug chose a local microbrew and I tried the slushy margarita ($8). My mom and dad raised me to order my margs on-the-rocks but I'm glad I bucked tradition and went the slushy route. That thing was good! Refreshing and not in-your-face-boozy, but still boozy enough. 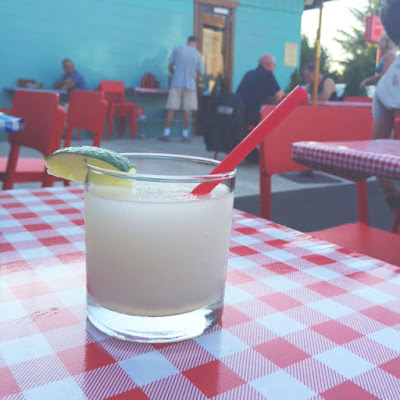 So getting back to the question, does Portland really need another taco place? Probably not. But Honky Tonk's tacos were fairly solid and they do have a big patio and delicious margs.

Plus, Tilden says that soon they'll start both hosting "competitive taco fights" and roasting whole goats in an outdoor firepit on Saturdays so people can enjoy fresh barbacoa tacos on Sundays... so that's at least something different!
Posted by Katie @ Happy Hour Honeys at 3:31 PM