Now in it's 28th year, the Oregon Brewers Festival is a summer requirement for most Portland beer-lovers. 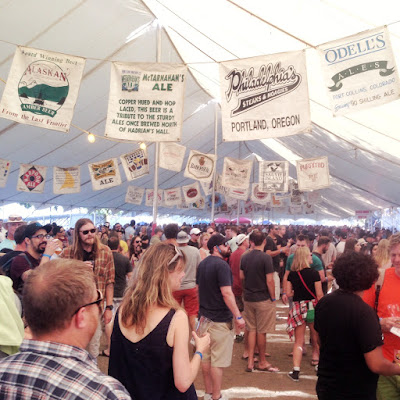 Yes, it's crowded and hot. The beer lines can be long and the bros are out in full force. But there's also lots and lots beer to drink, so really, why not join in? 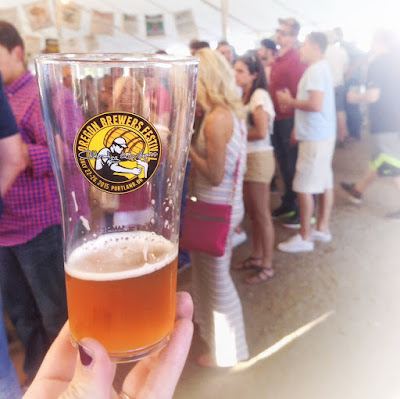 With over 100 beers pouring at the festival, there's more than enough options. Here are our picks for the beers that are worth waiting around for and the beers that you shouldn't waste your precious tokens on. Oh- and it's Doug's policy to stay away from any beers that are available in the bottles, just FYI.

Hamber from Melvin Brewing (Trailer 6)
This dry-hopped amber was Doug's favorite beer of the festival. It's the perfect balance of malty richness and hoppy bite.

Dump Truck Summer Bock from Bayern Brewing(Trailer 10)
This is what we want to be drinking all summer. Simple, but so good.

Lil' Raspy from Sixpoint Brewery (Trailer 4)
Sixpoint is not playing around with this refreshing, raspberry sour.

Evie Radshine from Hopworks Urban Brewery (Trailer 9)
Looking for a beer that doesn't feel too heavy for summer but still packs a good alcoholic punch? Evie Radshine's your girl.

Rainbows & Unicorns from Breakside Brewery (Trailer 2)
Sadly, this session IPA was gone by the time I made it to the fest on Thursday, but everyone in our group agreed that it was really, really good.

Vanilla Valley Pale Ale from OBC/Widmer (Trailer 2)
This one just wasn't doing it for us, especially with it's strange vanilla aftertaste.

1-Up Mushroom Ale from Old Town Brewing Co (Trailer 3)
Points for creativity- but man, this beer was weird and not in a good way.

Cold Pressed Pale Ale from Flying Fish Brewing Co (Trailer 7)
Do yourself a favor and avoid the long lines at this one. Good idea, poor execution.