What: PREAM at Ned Ludd
Where: 3925 NE MLK Blvd
When: Monday Nights
Honeys Heart: All the pizza

When Doug and I got married a few weeks ago, Kelly and Adam did us the huge favor of hosting our rehearsal dinner at their house. 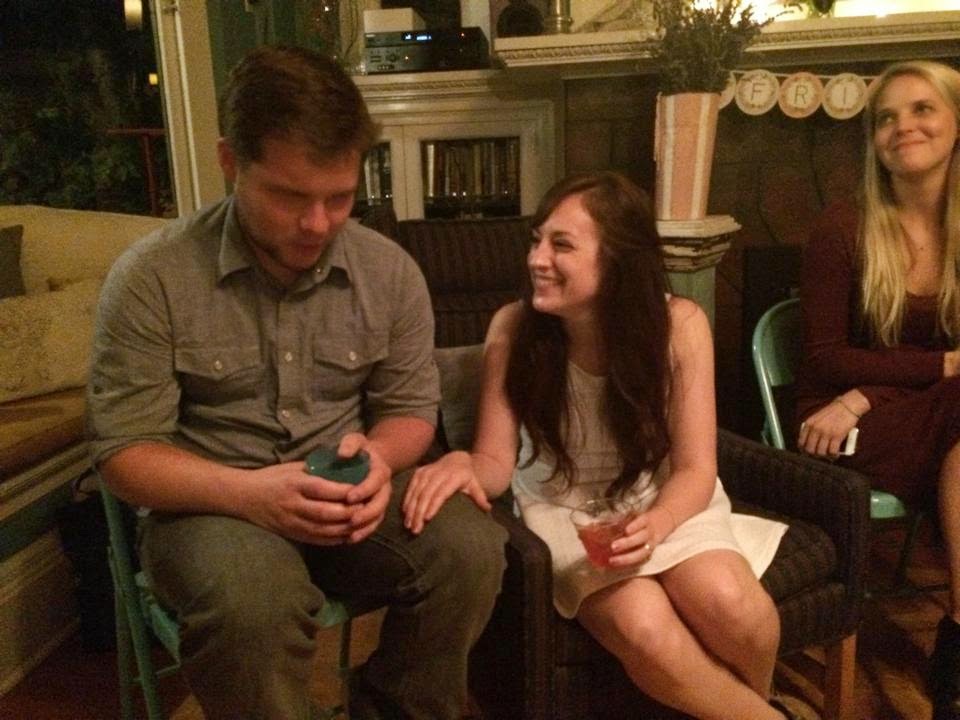 To help say thank you (because we seriously owe them big time), we offered to take them out to dinner at the place of their choice. If you haven't noticed, Kel and especially Adam are huge sushi lovers (see here, here, and here), so we were a little surprised to end up at PREAM, Ned Ludd's Monday night pizza and hip hop pop-up. It did seem fitting though given that our rehearsal dinner had been a pizza night too!

There were already a few names on the list when we arrived, so we grabbed a spot outside. A server had told us that he would come out to take our drink order- but after awhile we wised up and just headed to the bar. Kel and I decided to split a $25 bottle of syrah, while Doug went with a beer. Adam chose the Craig & Cola ($10) with bourbon and haus cola and later the Cock & Bull Special ($10) with bourbon, benedictine, cognac, combier, and bitters.

About an hour later (no surprise in Portlandia), we headed to our table inside Ned Ludd's quirky little space. 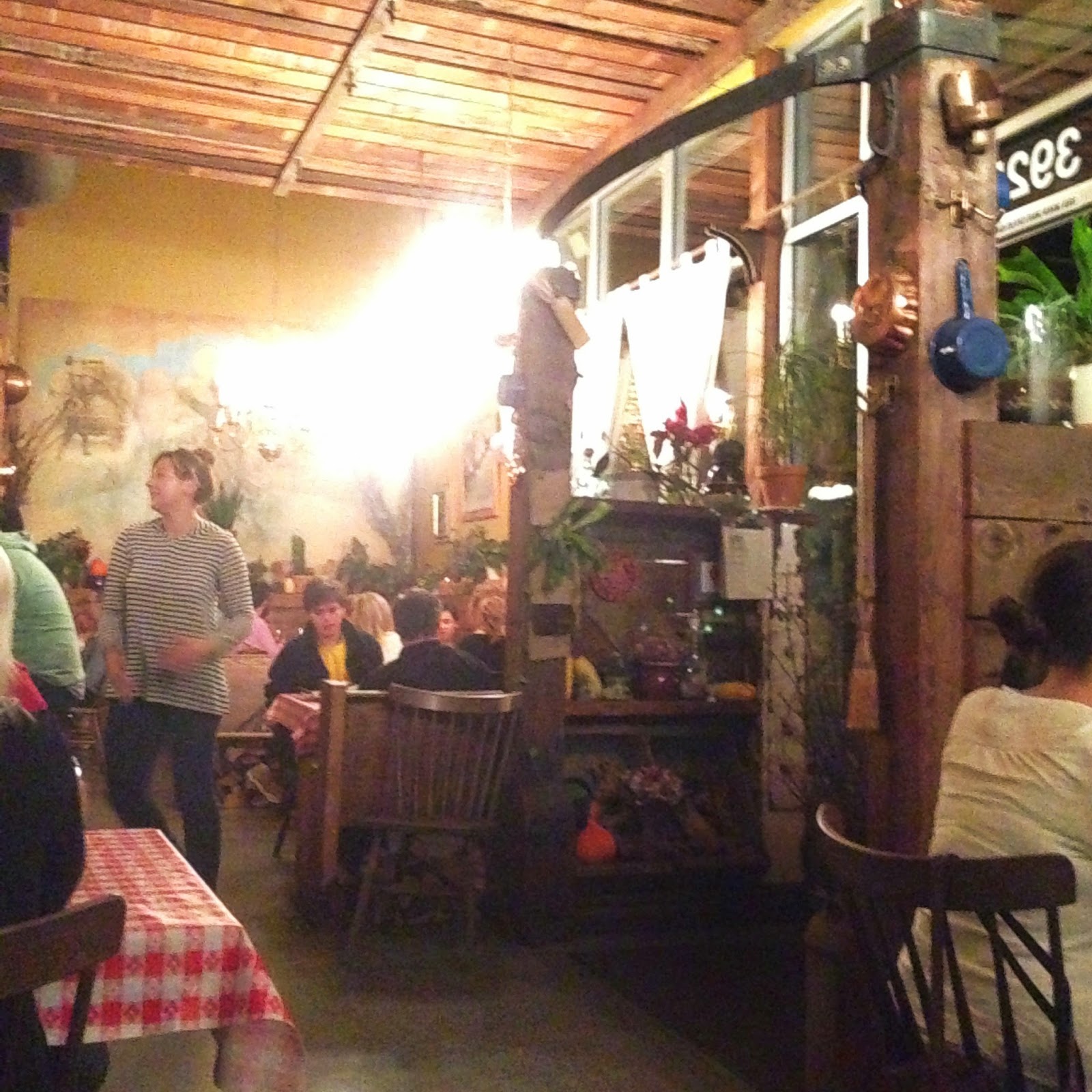 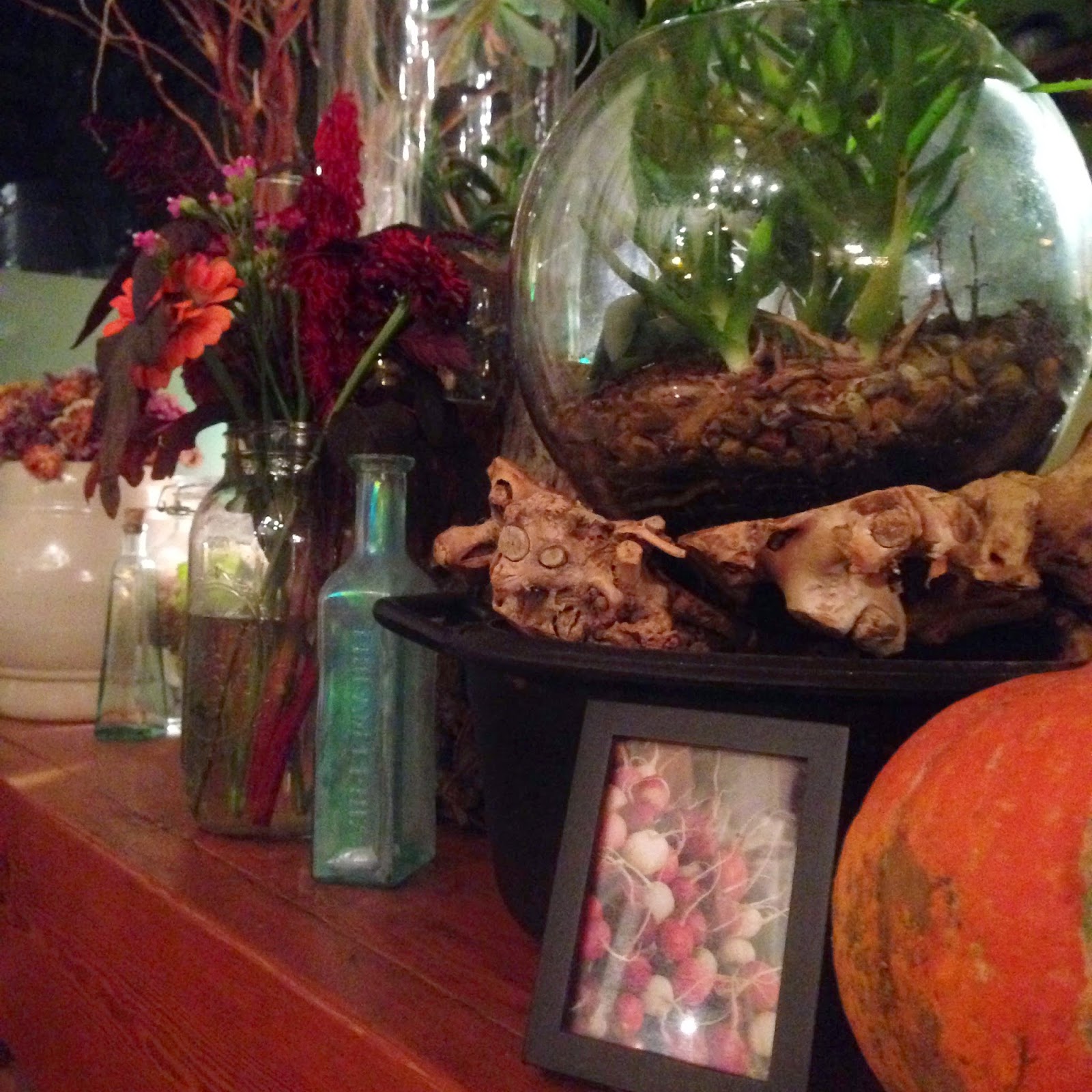 We started things off with a Chicory Caeser Salad with breadcrumbs and ricotta salata. Adam and I both found the chicory a little bitter for our tastes but we forged ahead anyway (aka, we just ate all the ricotta). 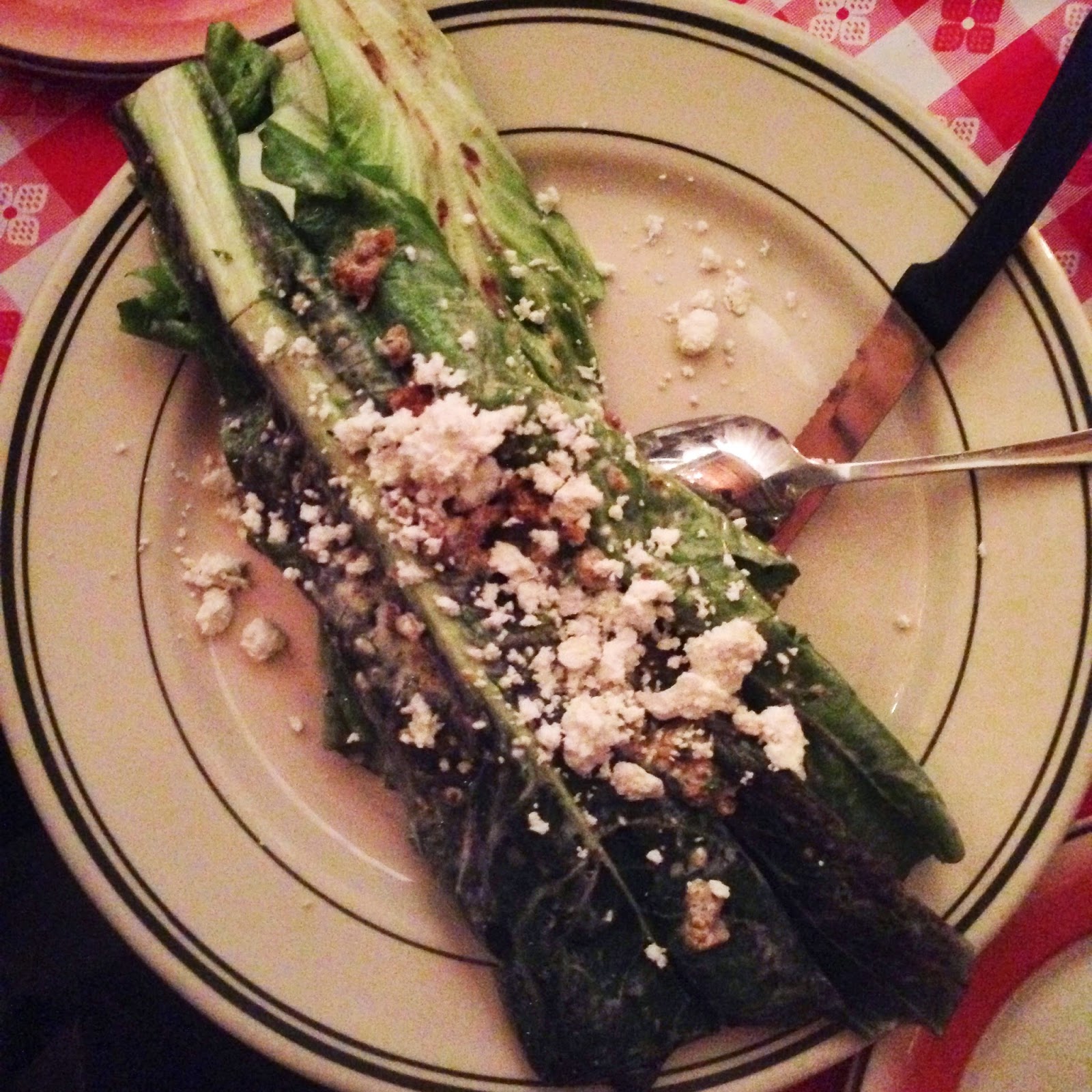 Following our salad, we ordered three pizzas to share: 3) Weekly Special Pizza with eggplant and a bunch of other good stuff... 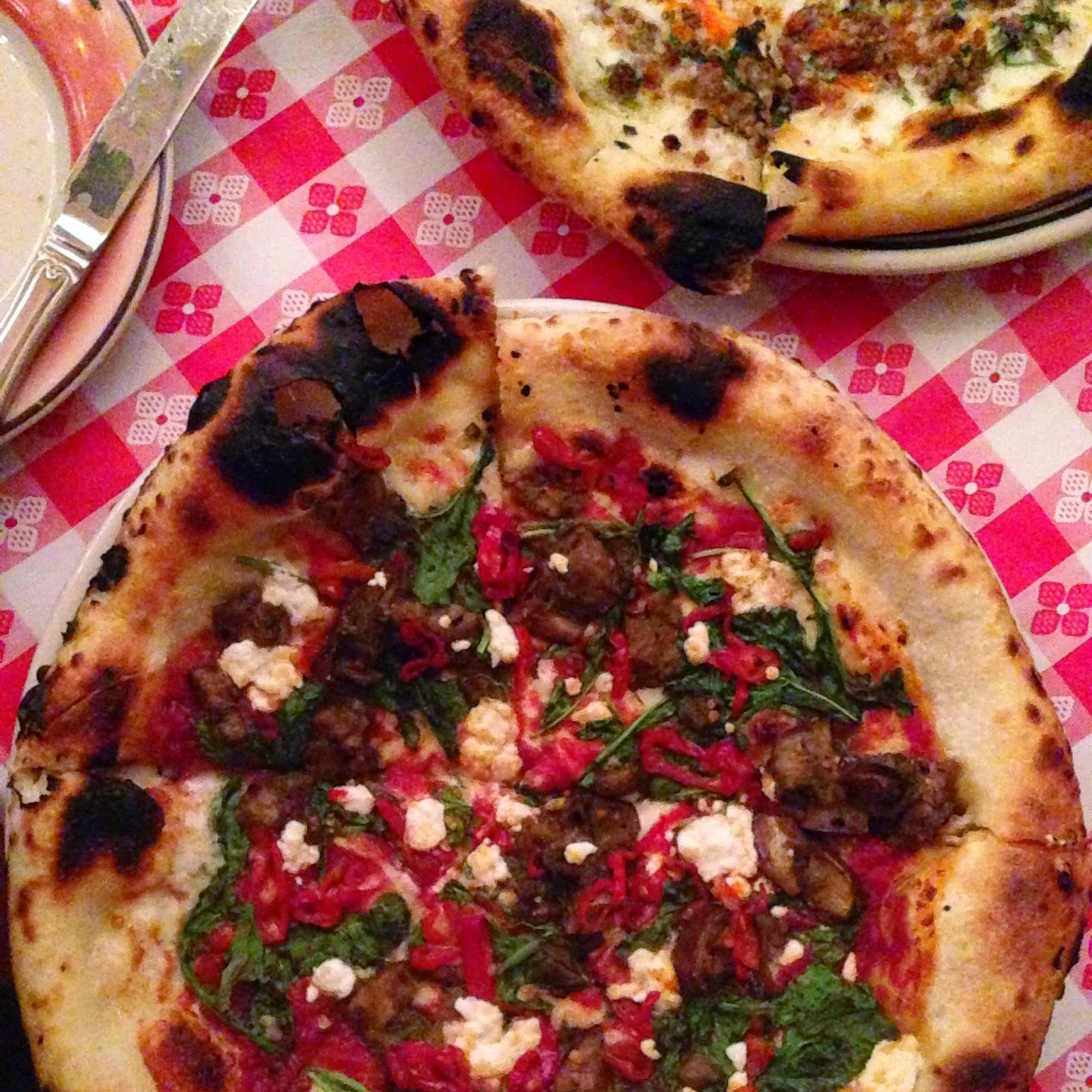 We were banking on having some leftovers but no such luck! And we all had a different favorite too which I think is always a good sign.

Overall, I'd definitely recommend checking out PREAM. The pizzas were crazy delicious and there was a fun informality to the night that made it seem like we were all just there to hang out, eat good food, and have a good time. Just be prepared to wait- especially if you have a group of 4 or more- and make sure you get there before 8pm. The last couple of groups that were seated didn't have a choice about what pizzas they got- they just had to be fine with whatever was left. 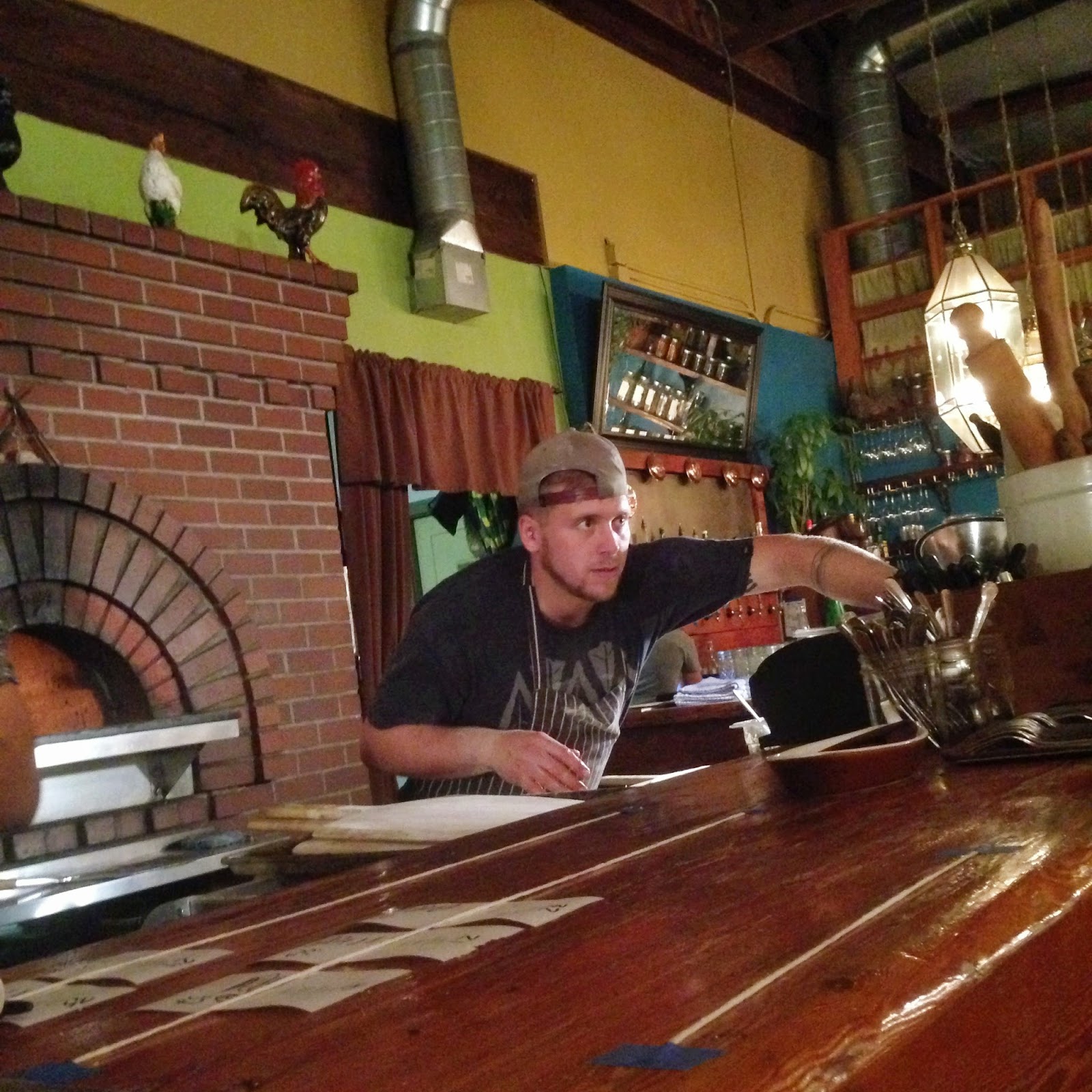 Now that Kelly, Adam, Doug, and I are on a weekly pizza kick (we also made homemade pizzas on Kelly and Adam's BBQ the week before), we're going to keep the pizza train rolling and try out Ken's Artisan Bakery's Monday pizza night next week. We'll let you know how it goes!