When we last left off, Doug and I had enjoyed lunch at Paseo, a round of beer and bocce at Von Trapp's and a cocktail at Sun Liquor. Now: dinnertime!

Doug and I rely on Eater PDX's 38 Essential Restaurants and Heatmap lists quite a bit when choosing restaurants to try in Portland so Doug figured why not take a closer look at Seattle's too?

He ended up choosing Capitol Hill's Mamnoon, described by Eater Seattle as follows: "Mamnoon has created its own scorching hot rep with its Lebanese/Syrian cuisine. While the menu can be unfamiliar to those who have not tried this type of food, the entire thing is pretty much rock solid. You can't go wrong with any of the dips or salads - great starting points as you work your way down to more adventurous entrees." Sounded good to me! 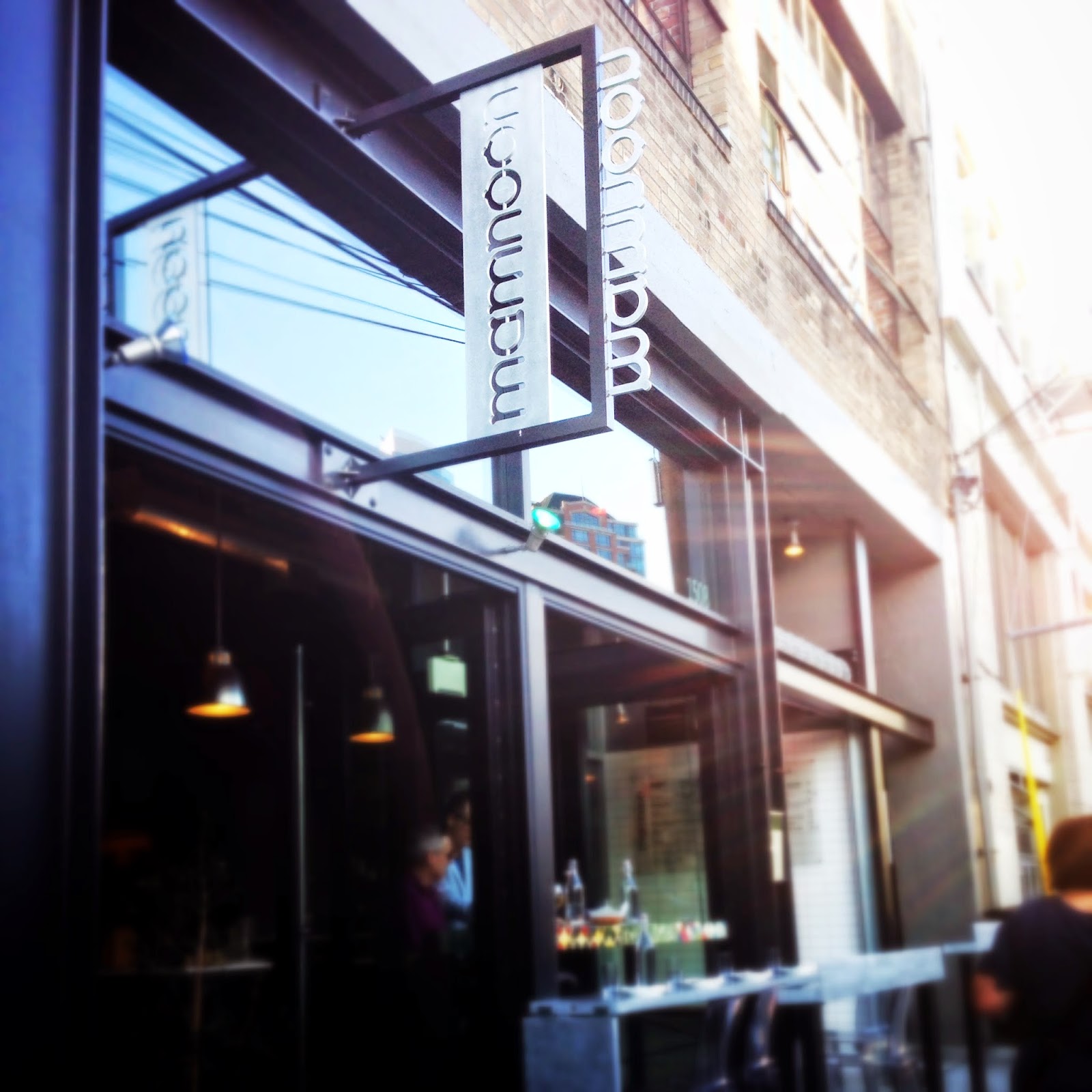 Let me just start by saying that Doug made an excellent choice. Mamnoon was everything (and more) that we wanted Levant to be. Similar to Levant, the prices are pretty up there, but this time the expense felt way more justified. 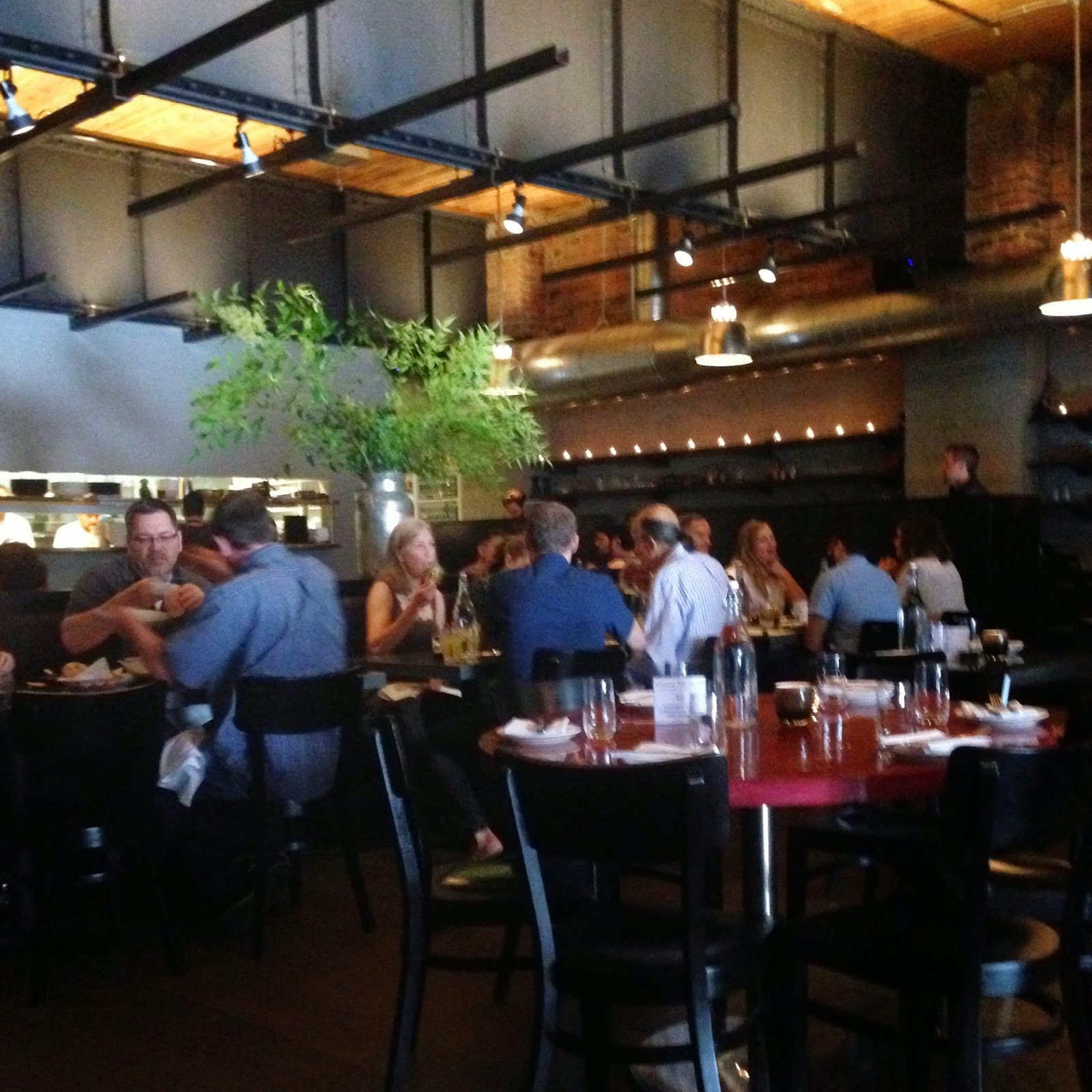 As Eater recommended, we started off with some dips and veggies off the mezze (small plates) menu. Our favorite by far was the Muhammara dip ($10) made with walnuts, pepper paste, pomegranate, and cumin. I love walnuts and their nuttiness combined with the spiciness of the pepper and the sweetness of the pomegranate put this dip on a whole new level. I might have licked the bowl. Might. 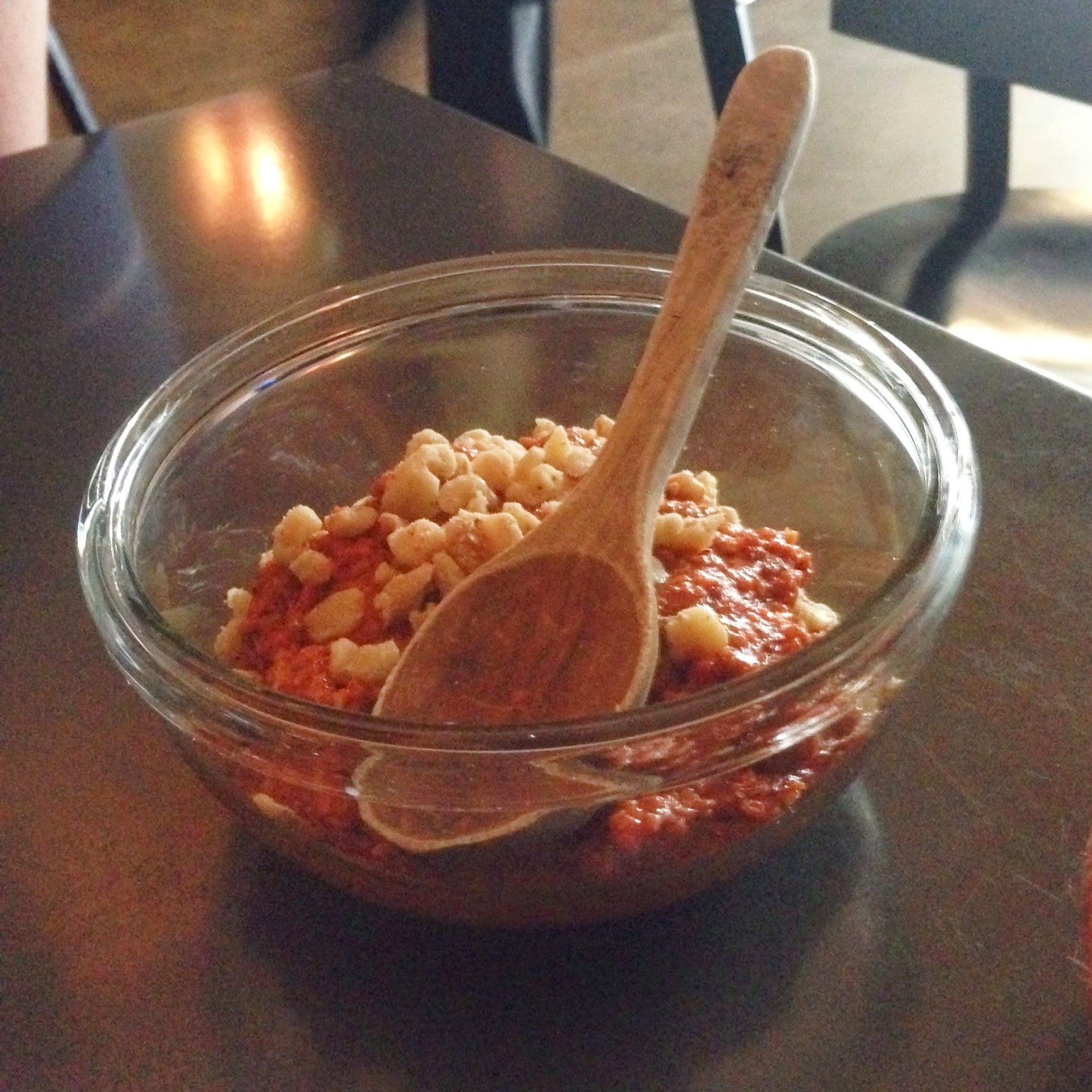 We also tried a hummus with fresh peas (the menu changes frequently so I can't tell you much more than that) and Arnabeit Makli ($8), which is fried cauliflower. The hummus was very refreshing and I think based on Mamnoon's cauliflower and Bollywood Theatre's equally delicious take, Doug has a new favorite veggie. 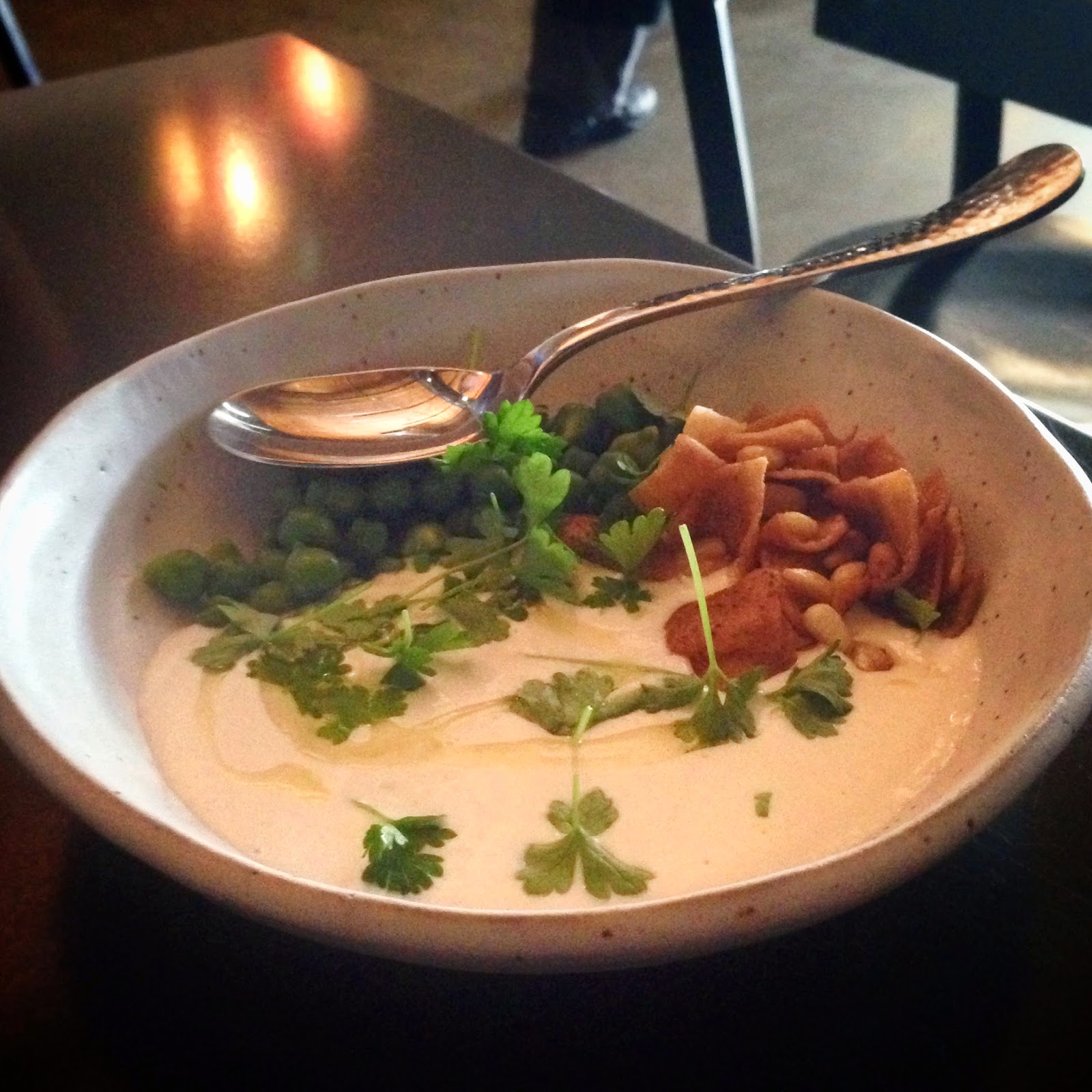 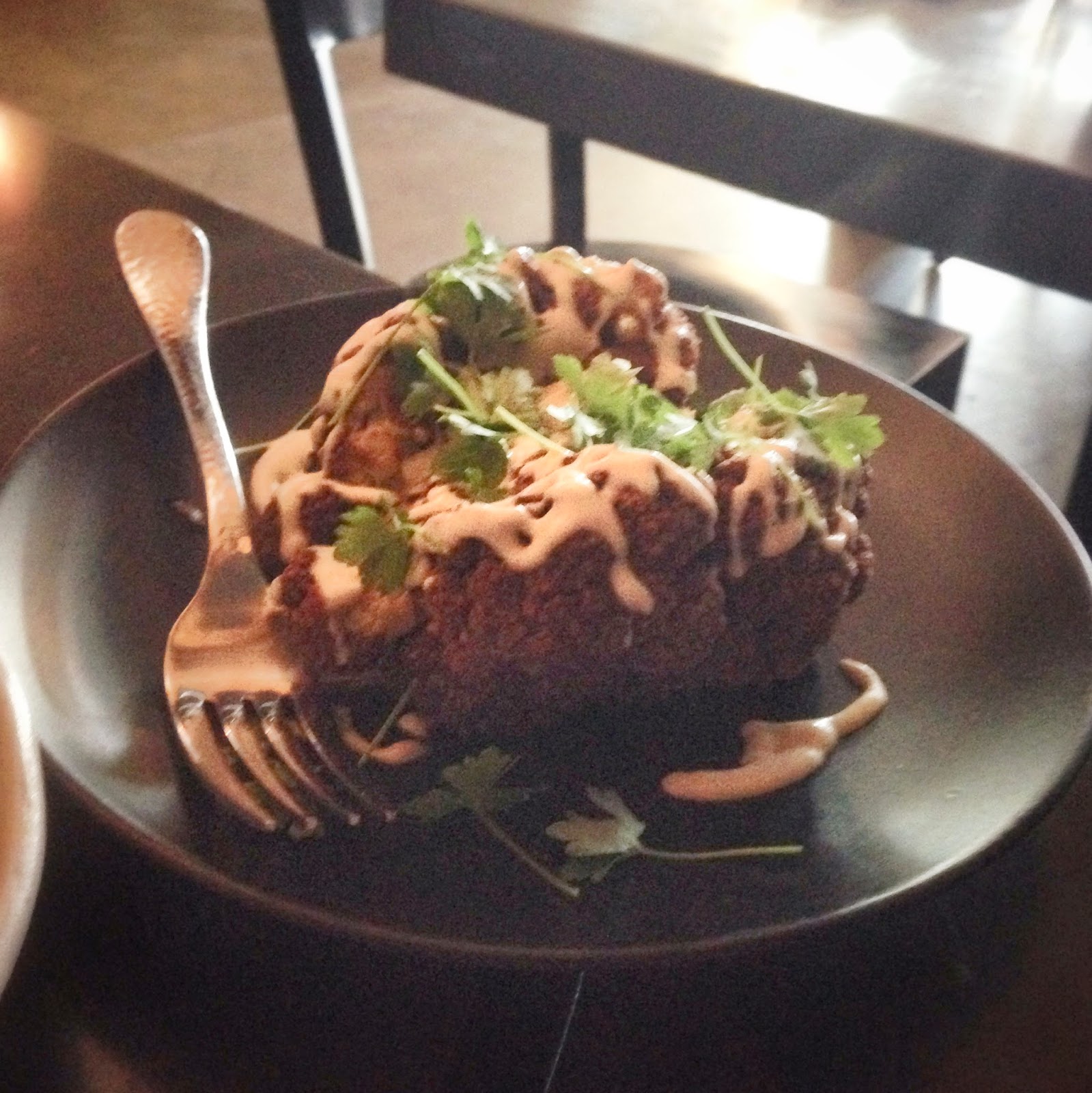 For our main course, we had the Kefta ($22), minced lamb with onion, pistachio, and baharat. Just like everything else, this was delicious- but we were pretty full on pita and dips by the time it arrived. 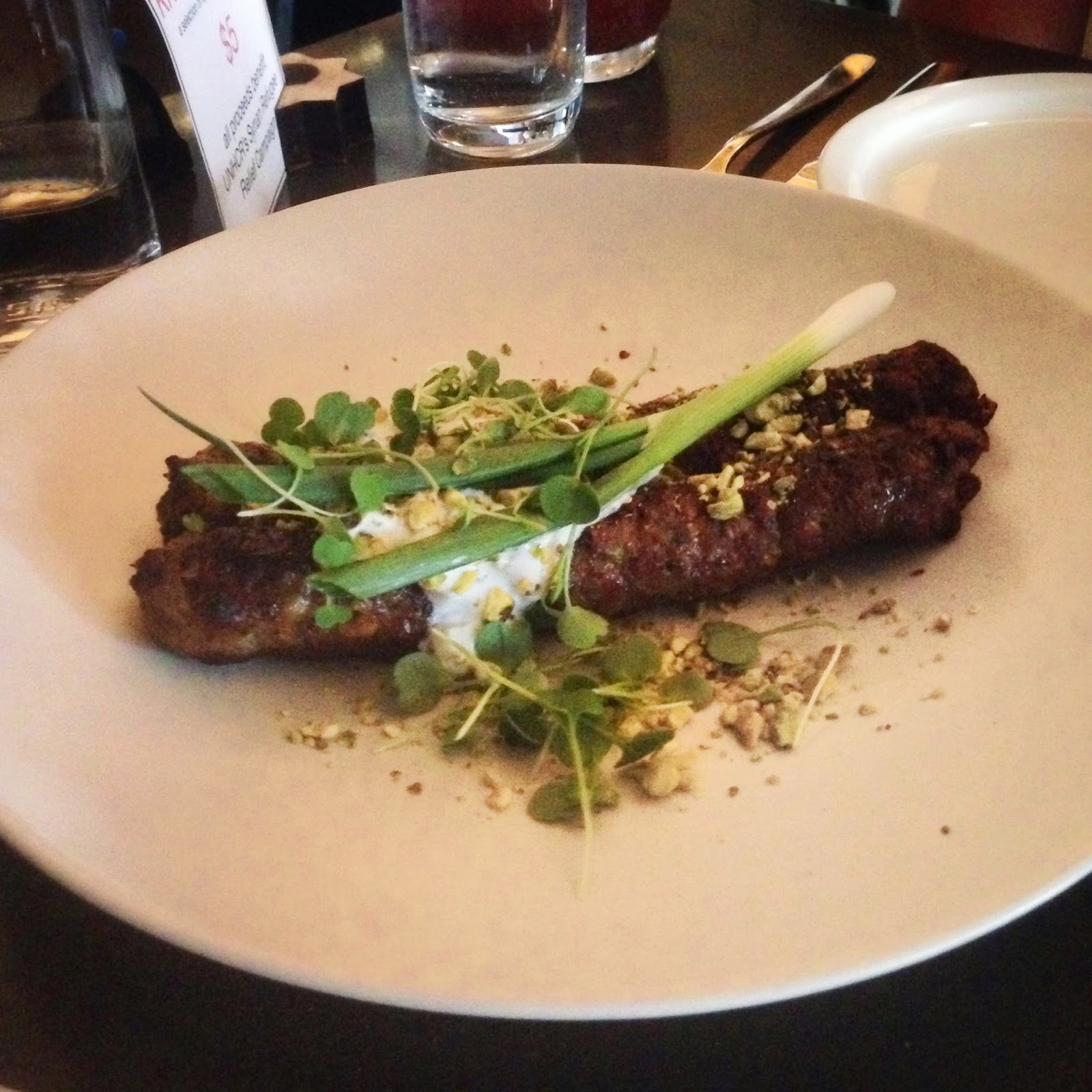 If we ever go back (which I hope we will!) we might just stick to mezze and not go for a larger plate.

After dinner, it was time to head over to see 5th Avenue Theatre and ACT Theatre's co-production of Little Shop of Horrors, the reason we were in Seattle for the weekend in the first place. Little Shop is my favorite musical and I'm lucky enough to have seen it on Broadway and in the West End- so I had pretty high expectations. 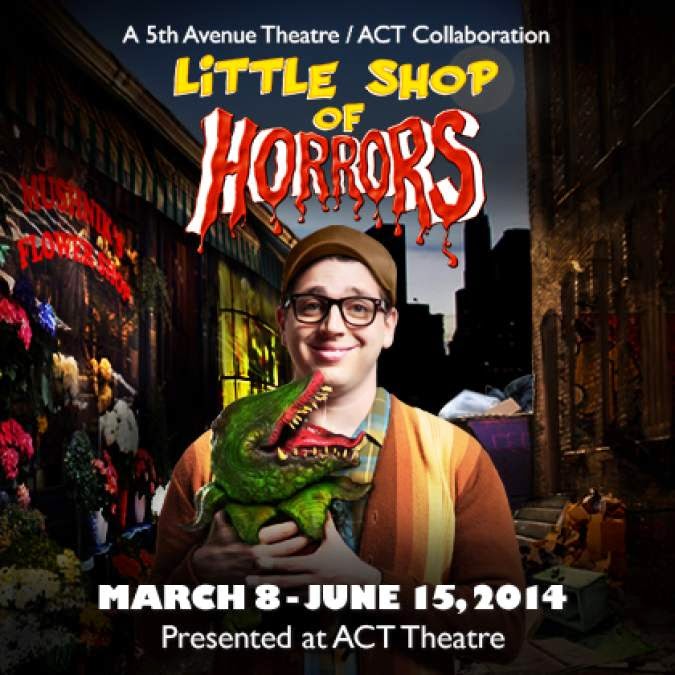 The show was sooo good. Great singing and amazing props, especially the Audrey II puppets. I think Doug is definitely a Little Shop fan now too.

After the show, we decided to stop for a drink or two at our favorite Seattle cocktail bar: Canon.

What: Canon
Where: 928 12th Ave, Seattle, WA
Honeys Heart: Whatever float is on the menu

Similar to my favorite cocktail bar of all time, Drink in Boston, Canon makes delicious craft cocktails, has great hospitality... and there's usually a wait to get in. It's worth it though!

The menu is extensive and you really can't go wrong, but my favorite menu option is the rotating float. The first time I ordered the float, it was a Chartreuse cocktail topped with vanilla ice cream. It was pretty much amazing.

This time, the float was the Movie Night Float ($10) made with bourbon, fernet, rootbeer and topped with popcorn ice cream. At first I was like, "meh, that sounds kinda gross." But then I got it and was like "OMG, best thing ever." Seriously, order the float. You'll thank me for it. 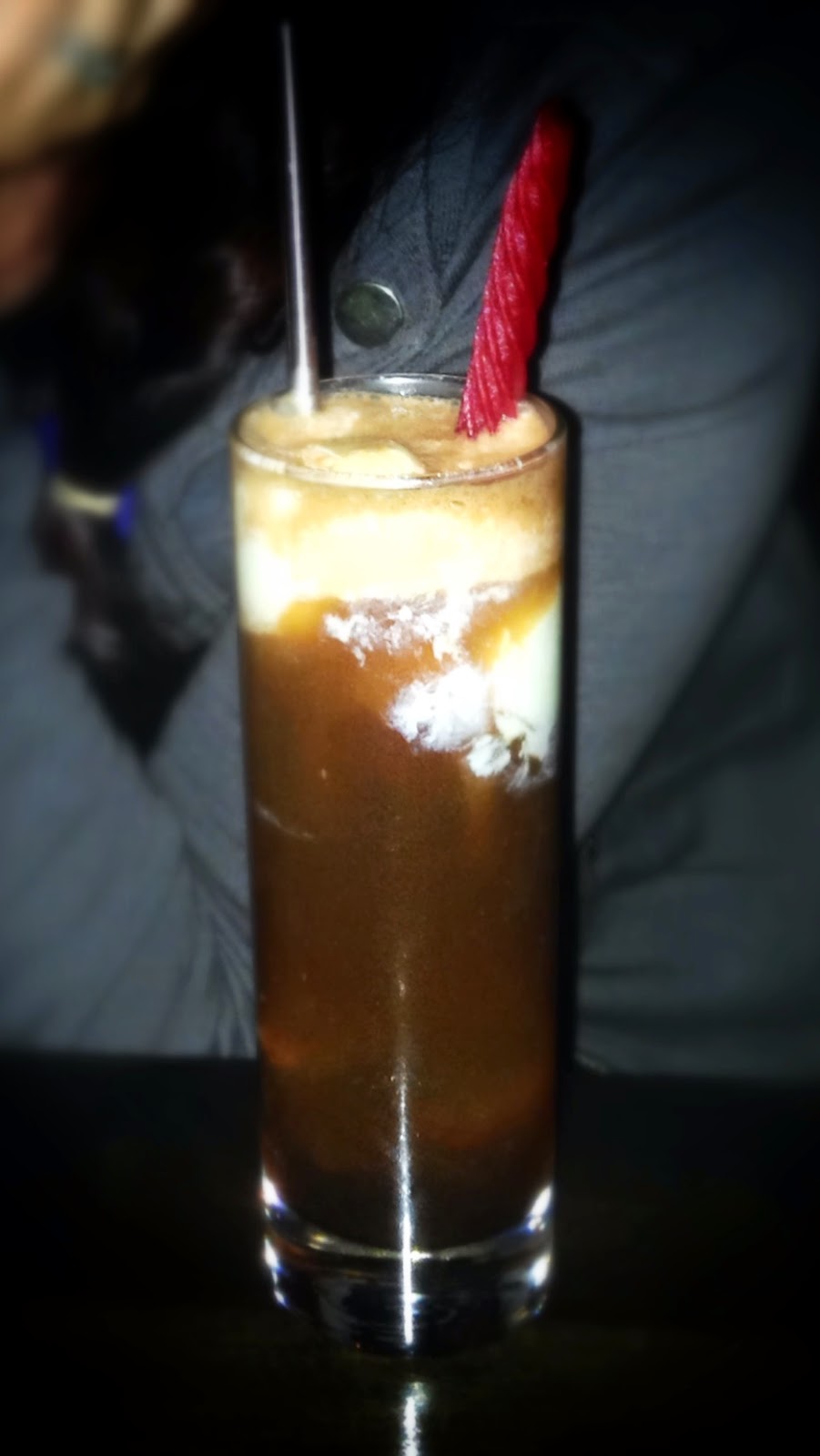 After a few drinks, we made a quick stop at Dick's for a late-night snack (Doug made me!) and then headed back to our AirBnb apartment for the night.


The next morning, we headed over to West Seattle for a late brunch at Hawaiian-inspired Ma'Ono, also on Eater Seattle's Essential 38.

The wait was 20 minutes for the two of us, so we decided to grab some Bottomless Mimosas to help pass the time. This was probably not the best idea as we were still recovering from the effects of our Canon cocktails the night before... but oh well. 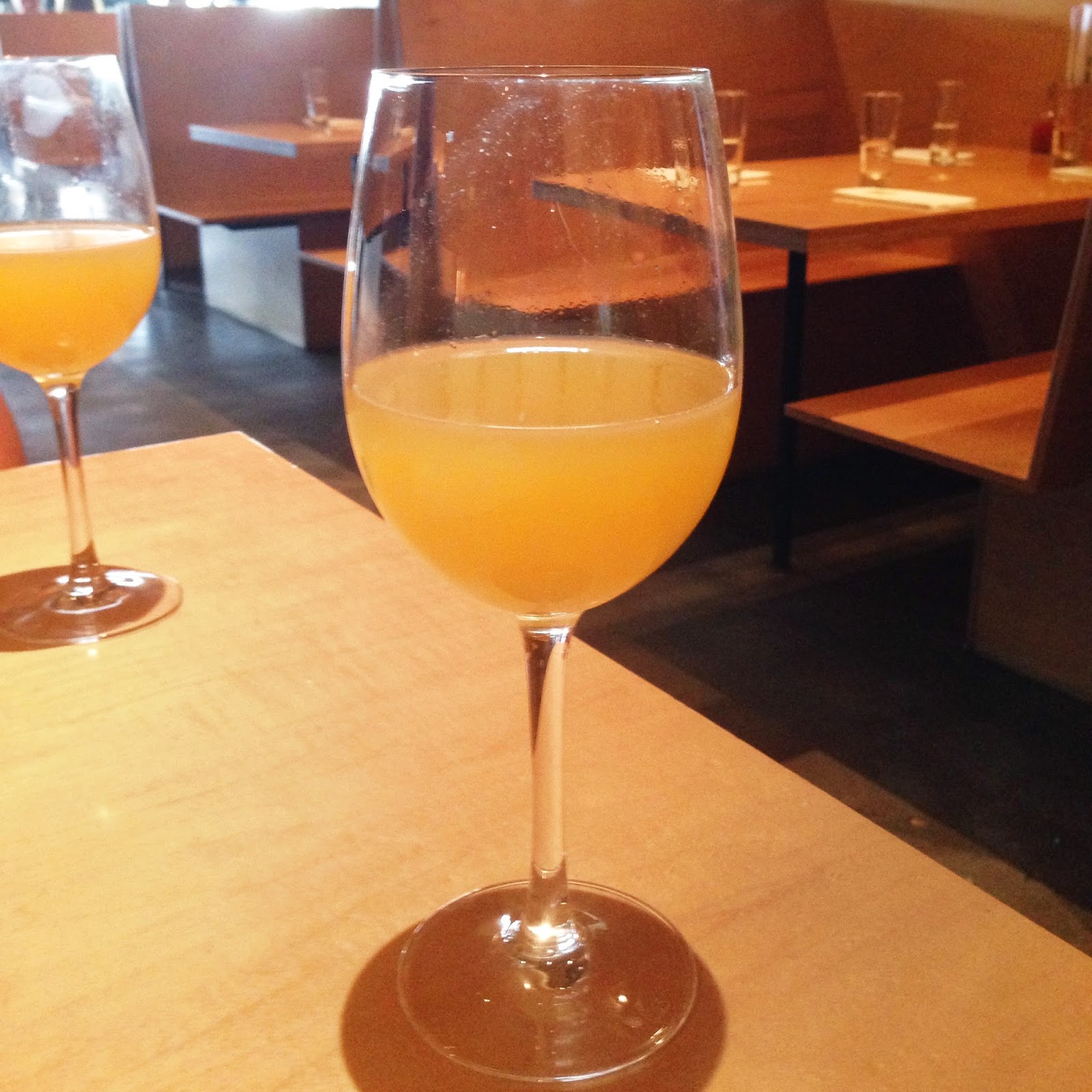 Once we were seated, we had a very difficult time picking out what we wanted. Everything on the menu looked both delicious and overwhelming at the same time.

Eventually Doug settled for the French Toast ($14) served with fried chicken nuggets and sausage gravy. Ma' Ono is known for their fried chicken so the nuggets seemed like a good way to get a taste of the restaurant's specialty. 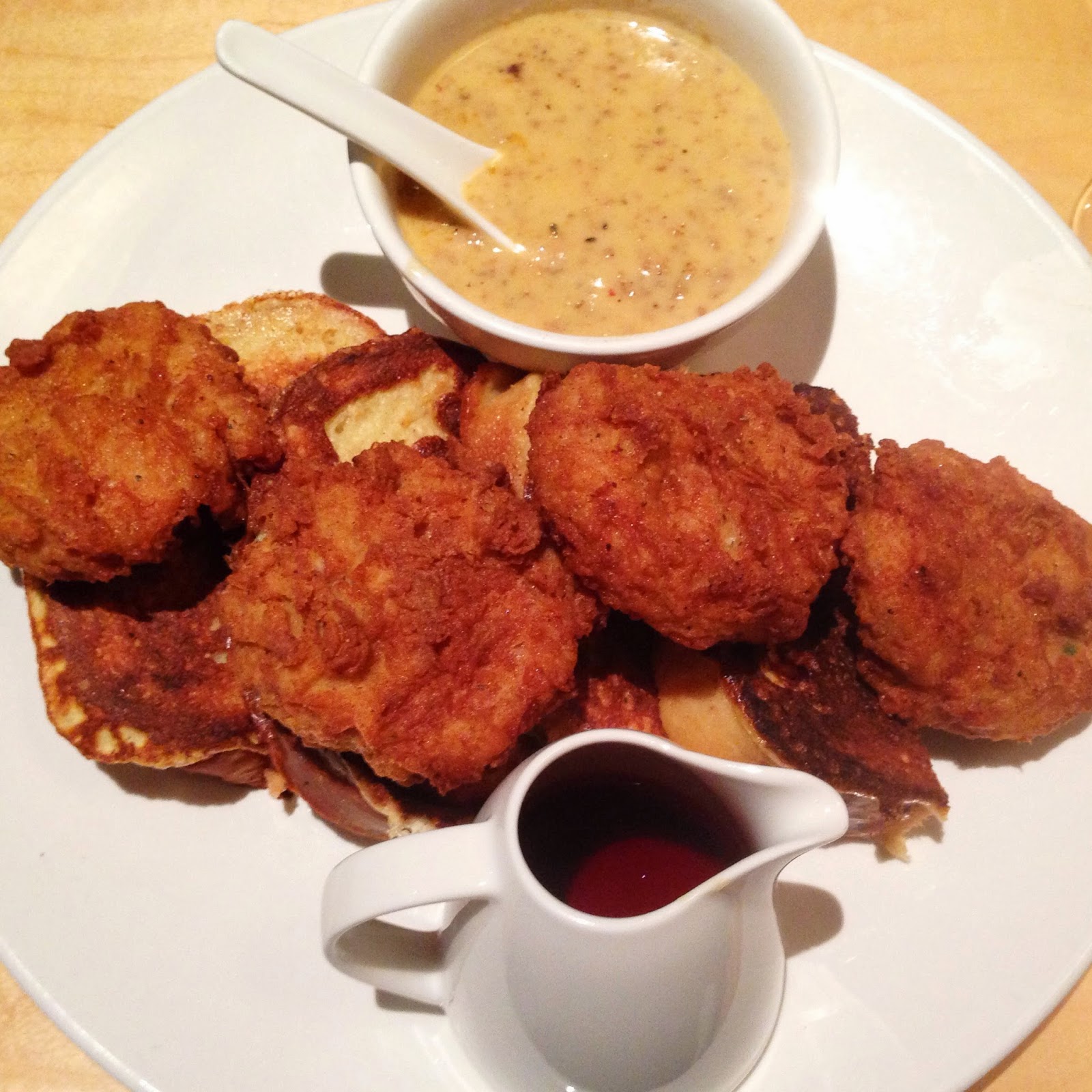 I went for the Loco Moco ($14), a big bowl filled with wood-grilled chuck, Portuguese sausage, fried egg, brown gravy, rice, grits, and grilled pineapple. This was an unusual choice for me since I usually choose a sweeter or at least lighter brunch option, but in my hungover state, it sounded perfect. 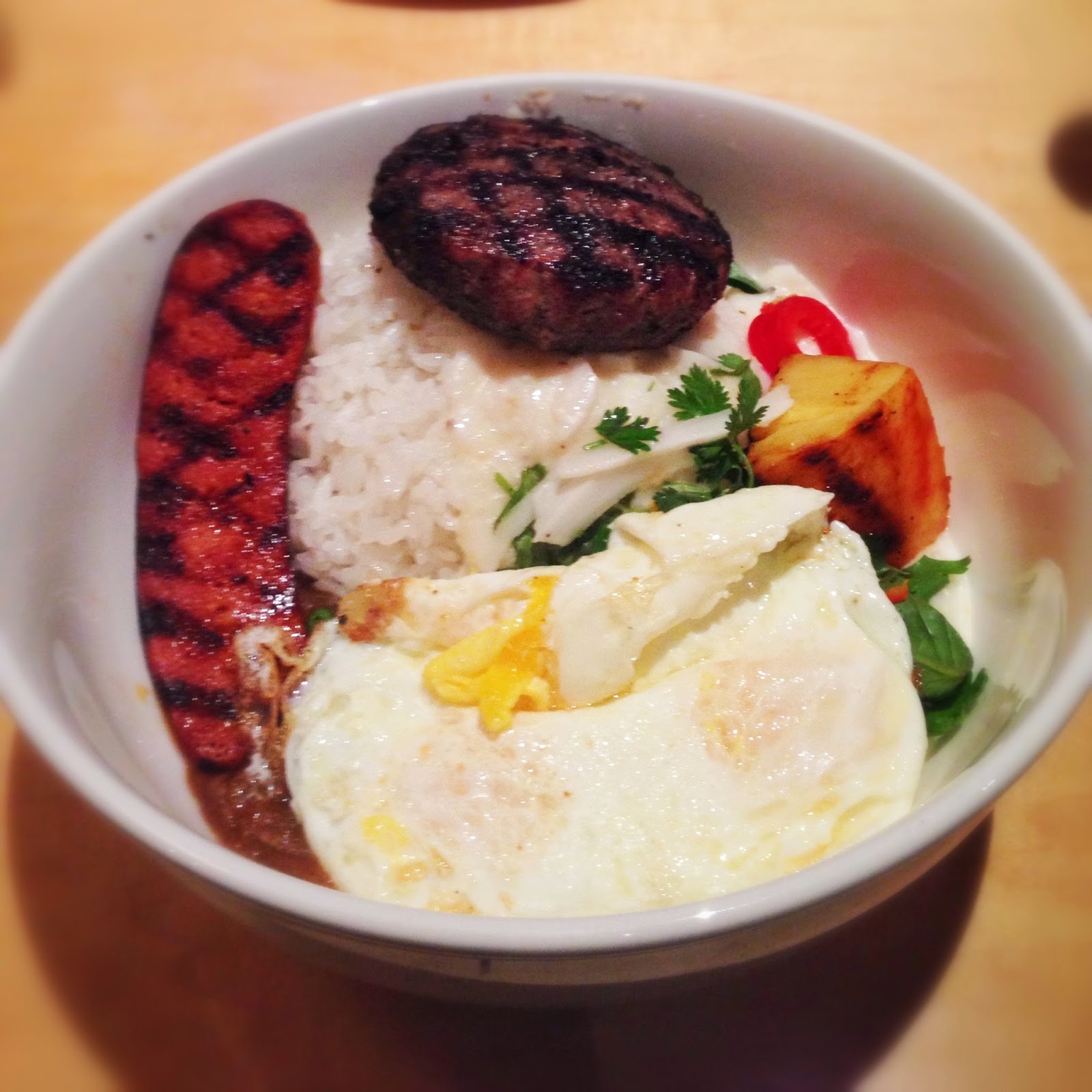 In the end, while both our dishes were good, we ended up with a ton of leftovers plus the feeling that Ma'Ono would not make our own personal Essential 38 list. Contrary to all our other stops over the weekend (Paseo, Von Trapp's, Sun Liquor, Mamnoon, and Canon), I think this would be the only spot I'd be hesitant to return to.

Also, yes we ate and drank A MILLION things that weekend. That's why a month later, we have put ourselves on a Paleo diet. Yep, happening. Nope, not excited.

Till next time, Seattle!