Doug is Happy Hour Honey's resident beer expert so we're leaving it to him to share what beers were hits and what beers were misses for him at this year's Oregon Brew Fest. Take it away, Doug!

For 27 years, the Oregon Brewers Festival has been giving Portland a reason to get together and celebrate some of the best breweries in America. This year’s OBF features 88 beers from 85 breweries around the country. The selection is massive and can be overwhelming. Fortunately for you, I braved the rain yesterday and headed down to the waterfront so I could try as many of these 88 beers as one person can in five hours.

Sraffe Drieling from Logsdon Farmhouse Ales
I’ll admit it- I love Logsdon. There’s nothing more romantic than farmhouse ales brewed on an actual farm. This Tripel ferments with organic pear juice, giving off fruity sweetness to balance the spiciness from the Belgian yeast. It’s perfect and the best of the festival.

Ester the Farmhouse Maiden from Deschutes
Deschutes always rolls out some tasty brews for OBF and their selection this year didn’t disappoint. This is a balanced saison with pink peppercorn and lemon.

Toasted Coconut Chocolate Porter from Caldera Brewing
The sweet chocolate maltiness of this porter is balanced with a roasted coconut flavor that will have you returning for one (or four) more tastings.

Amber Lager From Bayern Brewing
One of the highlights at the 2012 Holiday Ale Festival was Bayern’s 14% ABV Eisbock. Similar to their winter brew, this beer is simple but bursting with flavor.

Double Latte Coffee Milk Stout from Sierra Nevada and Ninkasi Brewing
If you’re into dark beers or coffee, this is the beer for you. Brewed with cold press coffee from Stumptown Coffee, this is a balanced, sweet, and amazing stout. 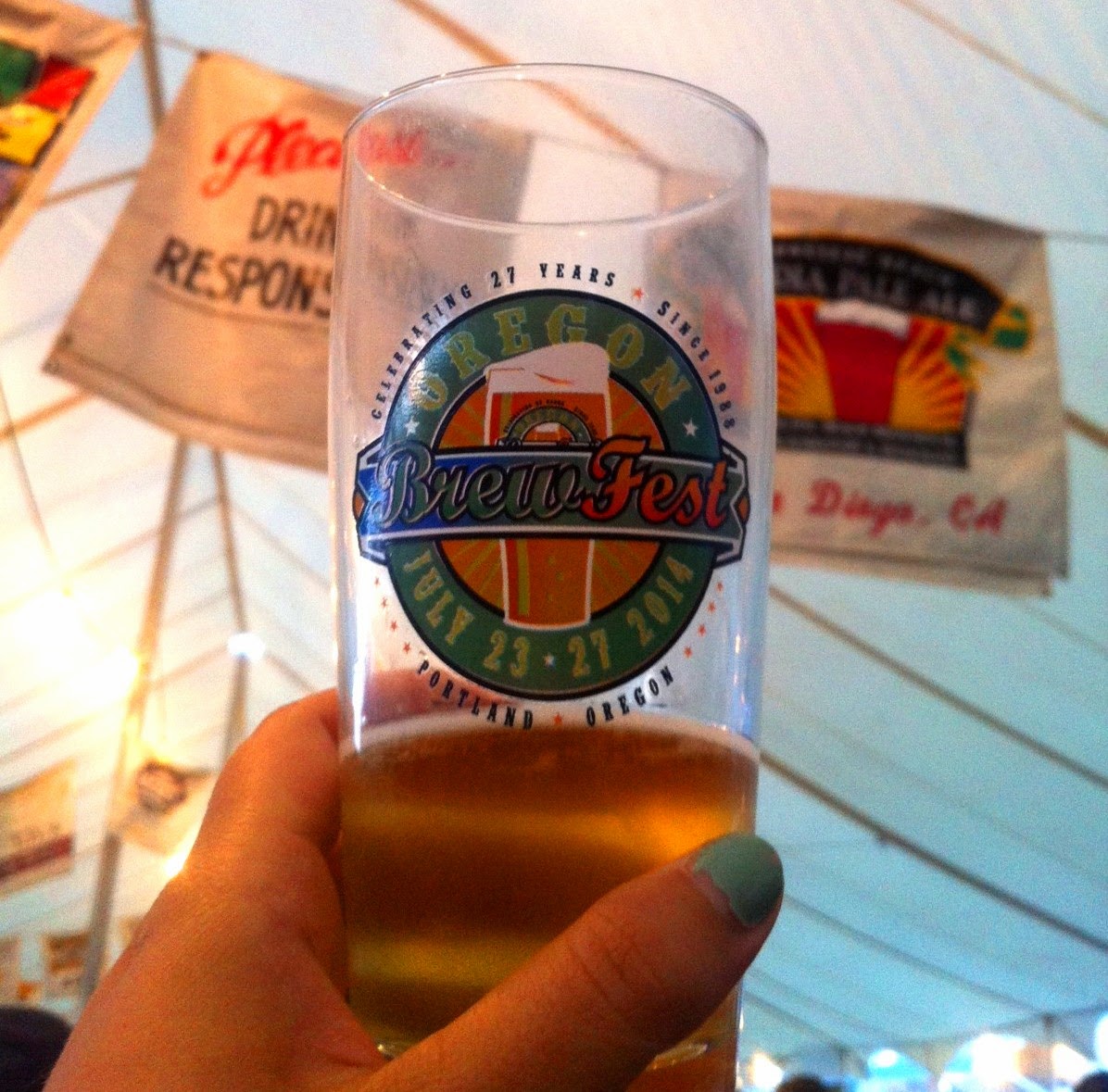 Low on Tokens? Skip These 3 Beers:

Cider Weiss from 10 Barrel Brewing
The idea is great and I typically love 10 Barrel so it pains me to say that this beer fell a bit flat. The flavor isn’t as strong as you’d think and its on the lighter end of a Berliner Weiss.

Trilogy 2: Aussie Salute IPA from BridgePort Brewing
My number one pet peeve at brew fests is when breweries bring a beer that I can buy in a grocery store. Why do I want to spend tokens on something that I can buy a six pack of at Safeway? BridgePort does this with its underwhelming IPA.

Wisconsinite Summer Weiss from Lakefront Brewing
This wheat ale is made from all Wisconsin-sourced ingredients. Unfortunately, Wisconsin must taste like bland, boring beer.

*Bonus*: I wanted to point out the best named beer for the festival: Billy Ray Citrus. The name is far better than the beer but points to Kells for creativity.

The Oregon Brewers Festival is always a mix of good beers, bad beers, and lots of people. This years has all that and it really is a party you shouldn’t miss. Cheers!