So I think it's safe to say that I was the last food blogger in all of Boston to actually try Saus. This is very sad to me as I have been following Saus's blog since this time last year (true fan alert!!)... but whatever, I'm over it (not really). 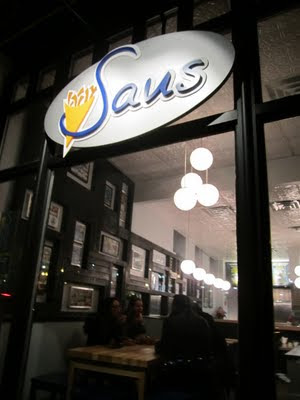 Anyway, the important thing is that I finally did make it over to Saus a few weeks ago with Anna and Andy. 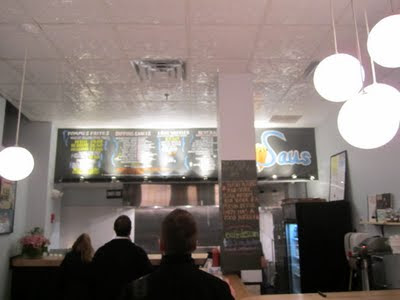 Saus serves Belgian-style french fries (pommes frites, if you're nasty) and leige waffles. That's it. Since there's technically only two things on the menu, we obviously needed to try both.

First up was a Belgian Pommes Frites ($7), aka a large order of fries. 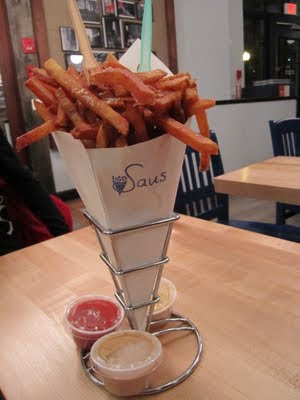 Now, the fries were pretty decent as far as fries go, but the real draw is the 9+ dipping sauces that Saus offers. Each dipping sauce is 75 cents, though you do get a free sauce if you order a regular or Belgian-sized fries.

Our sauce selections were:

Truffle Ketchup- Tastes exactly like it sounds. Ketchup + truffle oil. Good, but forgettable when compared to the other options.

Cheddar Duval-  Delicious. Reminded me of a beer and cheese fondue I tried to make in college if it had turned out like it was supposed to. Get it.

Bacon Parm- Heavenly. Get this one too.

And then came the leige waffles. Leige waffles are made with pearl sugar and as the waffle cooks, the little chunks of sugar caramelize. That means you get a nice sweet crunch with every bite of waffle.

Saus's Leige Waffles ($3.50) are best enjoyed with one of their waffle dipping sauces (75 cents).

I went with Salted Caramel. 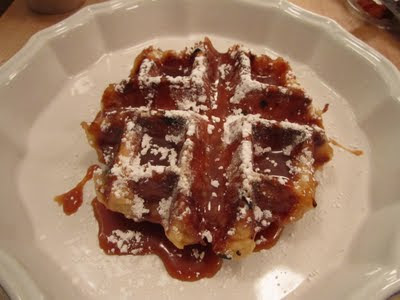 I love caramel but I hate when desserts get super sweet so the waffle with salted caramel was about as good as it gets for me. At least, that's what I thought until one of the owners offered to add some Berry Berry sauce to my waffle so I could try her favorite combination. Yeah, so a leige waffle with salted caramel and berry berry sauce is basically perfection. I licked my plate. (I'm not lying, it was kind of pathetic... but worth it.) 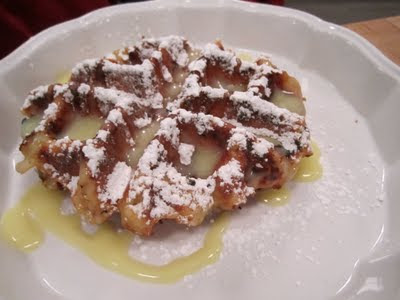 Too much sweet, not enough sour for me. But Anna loved it. 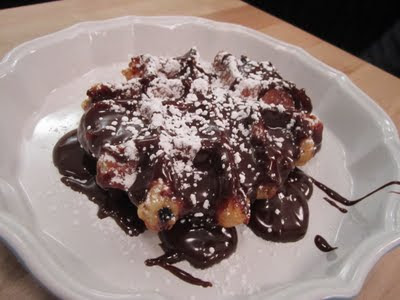 And really, when is nutella ever not amazing? Good choice, Andy.

So, overall, I was definitely justified in stalking this place's blog for all of last year and I have deemed Saus worthy to be added to my "Official List of Restaurants to Drag My Family to When They Come for Graduation."

Also, you should know that this place is open late- until 2am on weekends. Cheers to drunk food that actually tastes good when you're sober!

(Though I do have to say, 75 cents for sauce? You guys know your fries and waffles are nothing without them. They should be included in the price no matter the size!... Or not since they're awesome and probably worth paying extra for.)
Posted by Katie @ Happy Hour Honeys at 10:35 PM